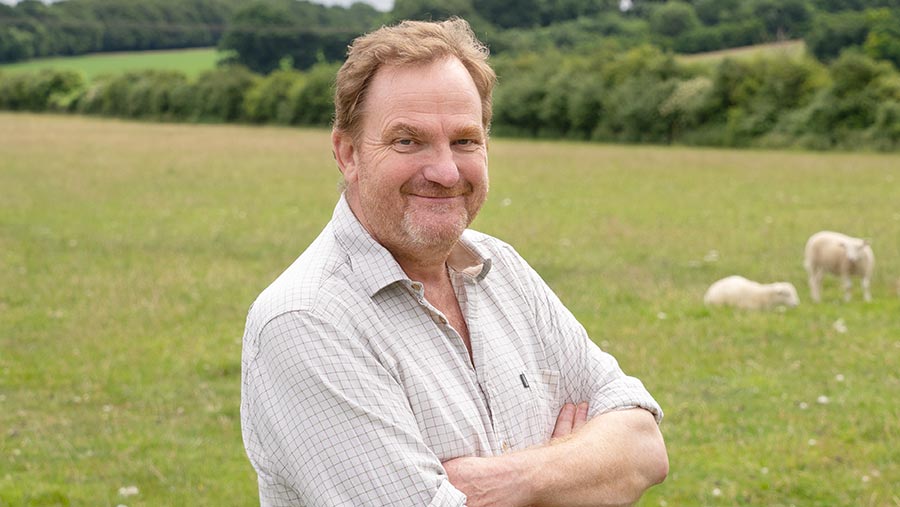 There was a loud bang from the straw chopper as I reached the far end of Blackhouse Road field late one evening.

Every combine driver will recognise what happens after a loud bang from some part of the combine.

Your senses start working overtime, and you listen for more noises, you sniff for a slipping belt, you scan the dials and lights for warning signals, and you feel for warning vibrations through your backside.

Within 50 yards, everything seemed fine. Just a bang – must have been a stick or a large stone going through. No need to panic.

When I reached the same spot on the next turn, there was something stuck in the ground. From a distance it looked like the remains of one of those wavy “dropper” fencing posts.

Had I managed to put the rest of it through the combine? That didn’t seem right.

I climbed out to retrieve it. It was a bit mangled, but after some careful unmangling it became grimly familiar: it was a bit of frogmouth sieve, about 8in long, which could only have come from one of the long narrow self-levelling sieves that are a simple but brilliant feature of my little New Holland.

Everything was running OK, the sample was still immaculate, but all the same I was relieved when the damp crept in and the whomping drum said it was time to call it a day.

Before going home, I clambered inside the combine with my torch. Several lengths of sieve had vanished, most of them unnoticed, via the chaff spreader.

If it hadn’t done that, I might have gone for days unaware of a problem. The returns would, I assume, have eventually overloaded, or perhaps the whole sieve frame would have lost rigidity and collapsed. 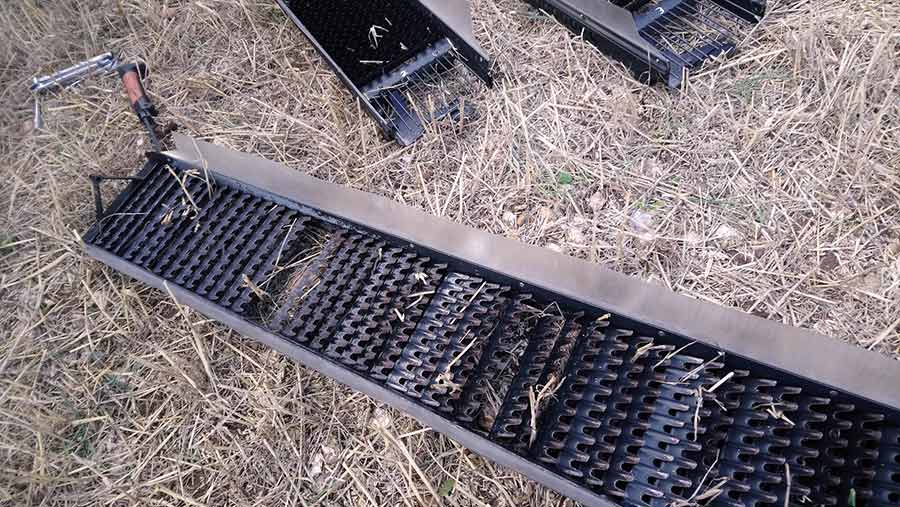 All in, it was a lucky spot. But there was nothing to be done now. So we took the two boys out for an Eat Out to Help Out steak in Alresford. And there’s nothing like a 6oz medium-rare fillet – and a wet forecast – to sooth a farmer’s worried mid-breakdown brow.

Luke the Combine Wizard was out the next day and, in a flurry of socket sets, had the offending sieve out.

“Not seen that before – and after only 1,400 hours, too,” he mused – which is always a worrying sign. He whisked it away for a possible rebuild. Luckily, it rained.

“No chance of a rebuild” was the message the next morning. A whole new unit was be needed, and they’d found one in Germany. It would be here the next day. Except it didn’t arrive – it got stuck in France. But still it rained, so it didn’t matter.

Finally, late on Friday night, it reached Hampshire. Luke spent much of Bank Holiday Saturday installing it (replacing some worryingly worn bushes at the same time), and we were up and running in dry-ish wheat on Sunday.

I was calm and relaxed. Is this an age thing? An experience thing – after 37 harvests? Somehow I’m still cheery – but only just.

Let’s hope for a visit from someone senior at New Holland, bearing a peace offering to ensure I stay nice and calm. Multiple packets of Hobnobs will do nicely. Chocolate ones, of course.