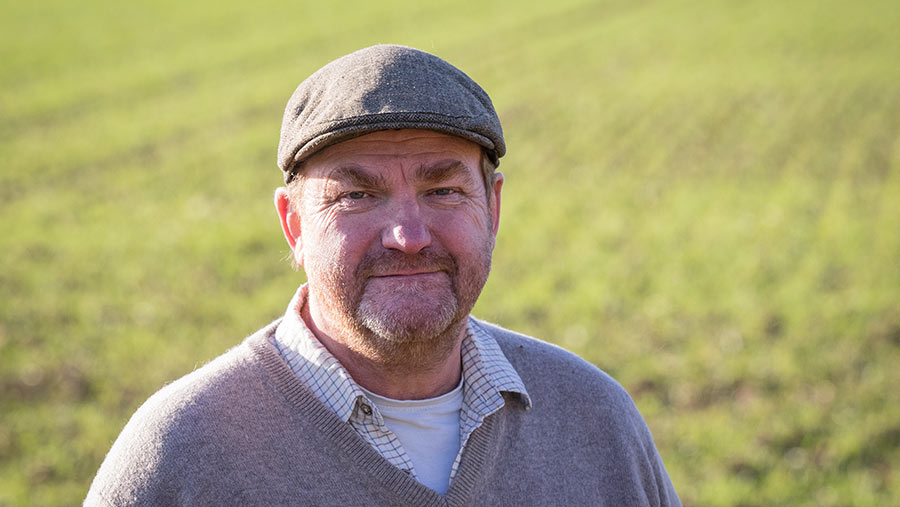 The secret of making a complete tit of yourself is to be sure no one sees it.

We’ve all done it over the years: tripping over the enormous vacuum cleaner pipe while cleaning the grain store, or banging your head on a sticking-out bit of machinery that you knew perfectly well was there.

You don’t swear/curse/check for blood/rub it frantically until you’ve had a casual look around. If the coast is clear, then you can let loose with some historic English phrases.

So when I managed to get my new drill stuck in the road, it was just my luck that the world and his wife were there. “Stuck in the road”? Let me explain.

I was crossing one of the little lanes that go through our farm, and this bit of lane is unique.

Whereas all the others are sunken lanes, this is the only “proud” one. The ground either side is lower than the Tarmac.

I’ve crossed it a thousand times in the past 35 years, totally free of incident, so I was full of confidence as I approached.

Just as I was wrestling with the padlock on the gate into the pasture the other side, Kilmeston’s Chief Trespassers were coming along the bridleway with their loose dog.

I thought that this was not the time for snide comments about how refreshing it was to see them on a Right of Way, so we exchanged a virus-separated and slightly frosty “good evening”.

Nothing to see here

It was fortunate that I hadn’t taken the moral high ground, because a minute later, the high ground struck back: I was stuck.

Fortunately, I was in low-rev trundle mode, taking it steady with an unfamiliar machine, and managed to spot the problem before I changed down and floored the throttle.

What next, though? I lifted the tractor link arms, which freed up the front tines, and crept backwards the way I’d come.

By now, the Trespassers were watching from a distance, wondering what the heck was going on. I gave them a slightly embarrassed wave. A hint of a smirk crossed their faces as they headed off.

The only solution was to turn left, up on to the road, reverse 30 yards back along the road, then turn right off the road and down the slope again. Simple.

Or it would have been if Mr and Mrs Sensible and their children hadn’t arrived in the middle of it on bicycles, clad in sensible helmets and sensible hi-vis jackets, and proceeded to swarm around the tractor and drill while deciding where to go next.

Luckily none of them noticed the odd corrugations in the road that had just been made.

I finally got across the pasture to the arable land, and the drilling went perfectly. And who was there to see my arrow-straight craftsmanship? No one. 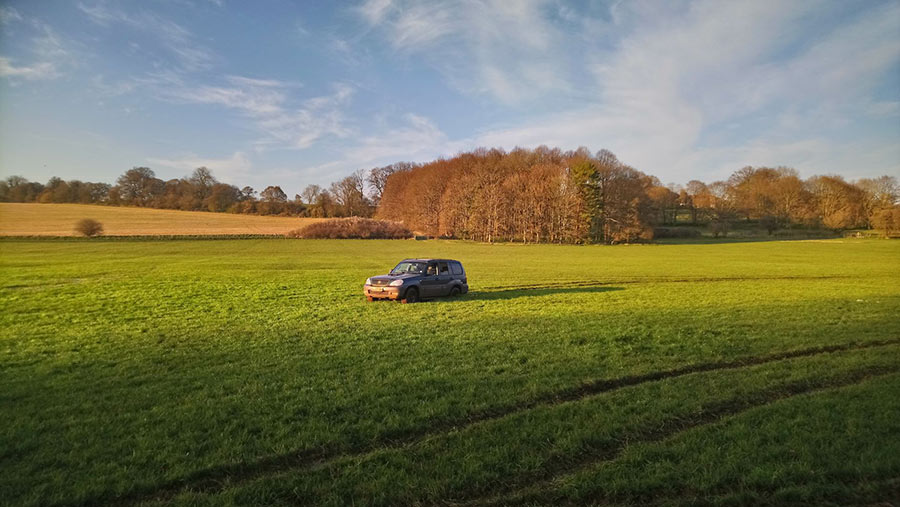 The marooned Terracan, photographed by the sole witness © Charlie Flindt

And yet when my son was kindly dropping off my truck so I could get home later in the evening, he failed to spot that the source of the Itchen had moved east into the pasture this year (it’s called Springshot for a reason), and got stuck up to the axles.

It was in full view of Hinton Ampner Gardens and about a mile of bridleway. Guess how many passers-by saw his unfortunate bit of driving. Yup, none. Typical. Just typical.