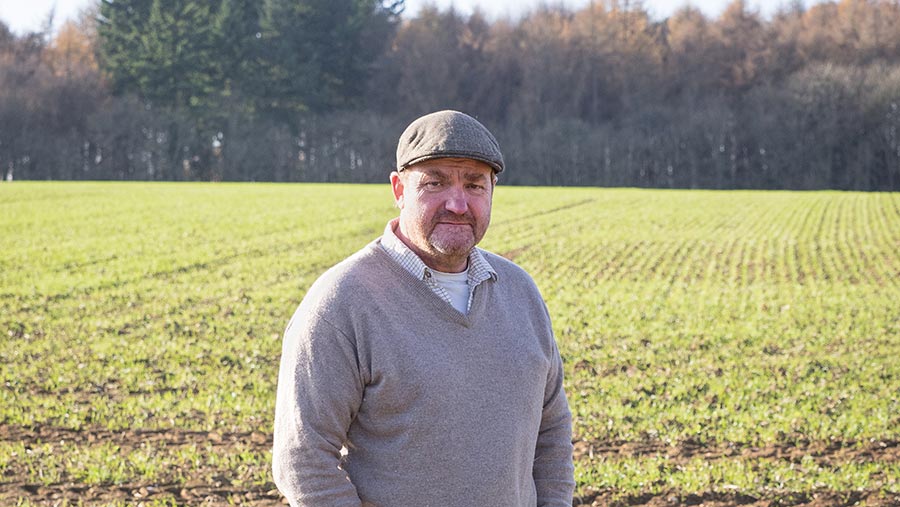 Yes, there was the virus, the drought, the masks, the floods, the B-word, the lockdown, the tiers, the bathroom scales saying “no coach parties”.

But I’m a believer that there’s good in everyone and everything (especially after a few New Year sherbets), so I’ve been looking back, and found a highlight. Not a huge one, but if you’ve ever sown a field, you’ll know what I mean.

I bet most arable fields up and down the country have obstructions of some sort in them. Pylons, poles, ponds, occasional trees, and – a particular feature in this part of the world – dells.

These are big holes in the ground where chalk subsoil was dug out to be spread on neighbouring fields. Dad bulldozed in many of them in 1959-60 (as you did), making smaller hollows with chalky rims, but one or two of the originals have survived, almost pristine and untouched since the day the last cart rolled its way up the little slipway all those years ago.

How long ago? How did they do the digging? No one seems to know, and the big old trees that now fill the hollow aren’t telling.

Can you imagine the fuss if you went and opened up a dell these days? The planners, the newt inspectors, the bat police, the Environment Agency, the Rural Payments Agency – you wouldn’t be able to move for hi-viz jackets and liveried vans.

Anyway, there’s a huge dell in Hurst Down field, an awkward 100 yards from the headland. If the little patch between it and the edge of the field weren’t the best land on the farm, it would be a shoo-in for a scheme of some sort.

The dell is a couple of hundred feet across, and probably 50ft deep (that’s a lot of tons – all dug by hand), so when drilling that field, you have to give it its own headland as the landwork gets close to it.

Then, the landwork clips the mini headland you’ve just made, and the turns become shorter as you concentrate on sowing the work on the “long” side of the dell.

Six turns (or is it 12?) plus the width of the dell later, it’s time to do the full length of the field again, all the way to the proper headland.

What’s left is the most annoying and awkward bit of work, probably an acre on its own, between the long work you’ve just done, and the last bit you did before reaching the dell.

At this point, I have to point out that my tractor/drill combo is not satnav steered. My sowing is done the old-fashioned way with a long marker arm, years of experience of hillside drift, and an eye carefully honed on the Century Range at Bisley with a Lee Enfield No. 4.

Which is why, in all the decades that I’ve sown that annoying little square of mid-Hants dirt, is has never matched up properly.

There has always been a curious triangle, or a bout number wrong. Luckily, it’s completely hidden from view, so there’s no one there to point it out and laugh.

This November, it was different. I approached what had been a tramline bout with astonishment.