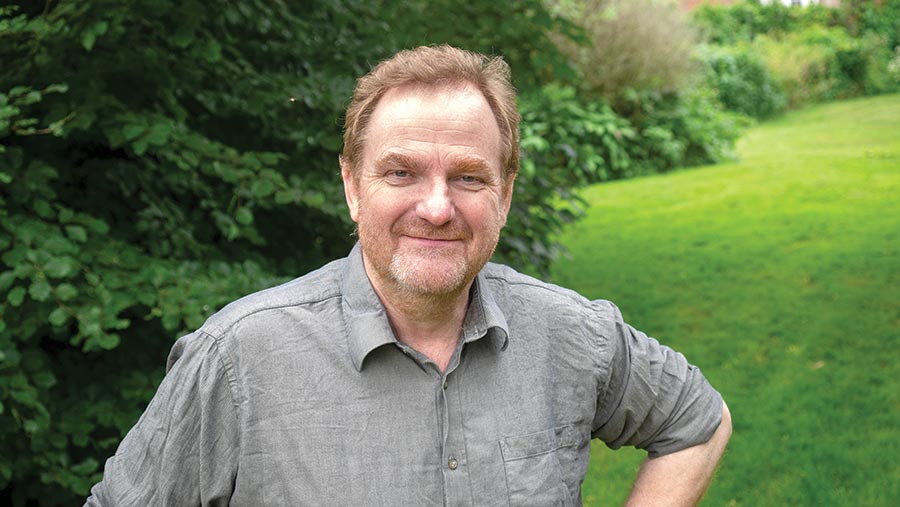 It was a brave man who arrived at the dog-poo-brown doors of Flindt Towers at 8.15am the other day – completely unannounced.

Hazel, being a proper farmer, had been up for hours, cooking huge breakfasts, feeding sheep, walking dogs, checking to see if the hay was fit to cut, finishing off the VAT for May, doing three loads of washing and restocking the fridge (all three children are home at the moment).

For my part, I had arduously enjoyed a huge breakfast, whined a lot about how much pain I was in, and was bravely settling back down in my comfy chair for my favourite part of the post-op routine: enjoying the Jeremy Kyle Show.

It looked like being a particularly good episode (“Your love-child ran off with my step-grandmother’s benefit book after she slept with her drug dealer’s boyfriend’s transgender social worker and you can’t prove I’m not the father!”) so you can guess that I was less than thrilled to hear all the dogs going ballistic at the back door.

Two things about our visitor told me that he was entitled to be there: the first was that, by the time I had hobbled out, the dogs had downgraded their reaction from red to yellow (always a sign that a guest has self-confidence), and the second was that he was wearing an old and somewhat faded Rural Payment Agency sweatshirt.

“Good morning,” he said cheerily. “I’m from the Rural Payment Agency. I’m here to do a ‘rapid field visit’.”

“You’d better come in, then,” I said, my mind filling with images of the next five days being suddenly and unwelcomely dedicated to arguing over square meters of Hampshire.

The dogs decided to switch from amber alert to slobbery welcome, so I made my apologies and sneaked off to get out of my Gucci smoking jacket and into something more suitable.

By the time I made it back from my dressing room in the west wing, the RPA man and Hazel were poring over maps on the kitchen table, and there was good news: the visit should be short and sweet.

His mission was simply to visually check what was growing in the fields.

The last time the eye-in-the-sky had been over for a look in early May, much of the countryside was unsown, and the authorities needed to confirm the contents of fields that had been submitted as fallow strips alongside spring crops.

Mercifully, no measuring would be needed. Just a knowledgeable eye cast over the now-green barley and beans, and the brown strips where the wild bird cover lay gasping for a drop of water.

His list of fields wasn’t exhaustive, and unfortunately contained parcels at the far extremities of the farm. Would it really be fair to send him out on his own into parts of the parish where many fear to tread? Some say people have two heads near the Kilmeston border.

The poor fellow might get trapped in an interminable conversation about house prices and school fees with a neighbour.

There was only one thing for it: I volunteered Hazel (who, let’s face it, had done diddly-squat all day) to drive him around the farm, and despatched the three of them (the Mallinois had by now fallen in love with RPA man) in the truck.

My work was done, so I retired to the comfy chair once again, just in time to catch Loose Women – daytime telly at its finest: a whole hour of ladies of a certain vintage slagging off men as complete bastards.

Where on earth do they get that idea?