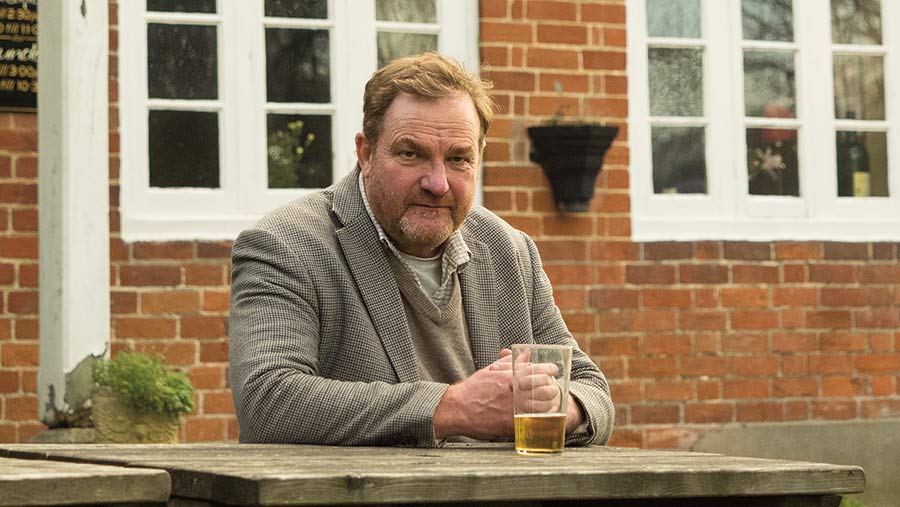 You know that terrible moment when one comment wrecks all your hard work? Like Gordon Jackson in The Great Escape when the Gestapo officer cleverly wishes him “good luck” in English. “Thank you,” replies the plucky Brit.

Or in Green Card, when Gerard Depardieu is trying to blag his way into the USA, and is being grilled by immigration officers about his “wife”.

After stumbling and then recovering on a question about the yummy Ms McDowell’s face cream, he apologises: “I’m sorry – I keep forgetting.” The fake marriage is exposed. Reach for the tissues.

I had a long, gruelling phone call with a TV production company last month. Actually, it wasn’t just a phone call – it was a conference call, with others listening on speakerphone. All frightfully exciting.

My hearing is so bad now that I struggle with what’s being said on a normal phone at the best of times, so TV types shouting into a microphone from half a dozen paces was a challenge. What I do know is that I was called “mate” a lot.

Anyway, the whole point of the call was this: they were looking to do a documentary about the life of a farmer – a long-term job, too, destined for the Discovery Channel; not just a couple of hours on a dreary afternoon.

It would be filmed over months, possibly a year. A warts-and-all record of farming at this crucial time in the history of British agriculture.

Somehow, they’d got my number, and, somehow, they thought I might be suitable. But they wanted to know a bit more about me.

I wanted to know more about them, too; we were stung horribly by a TV company in 2004, thinking they were making a children’s TV programme that actually turned out to be a particularly spiteful Candid Camera-type show, ridiculing its trusting interviewees.

The 12-year-old star, “Robert”, kept asking very odd questions – “Have you actually ever shot a rambler?” – in the course of a long day of mostly mundane queries.

You can imagine which questions made it to the final show. Little Friends, as it was called, was banned from the air by Ofcom after only a couple of episodes. I live in hope of meeting “Robert” again one day. I’ll have a blunt question or two for him.

This lot seemed genuine, though. But the list of questions was long: about the farm, the family, the landlord, the “characters” we deal with on a daily basis (as if Tuesday night in the Jolly Flowerpots wasn’t enough).

It was going so well. I had visions of a five-year run, Bafta nominations, board games, red carpets, TV spin-offs (The Kardashians Visit Hinton Ampner) – and then the killer question came: “How are you coping – are you comfortable? We’ve spoken to farmers who can’t afford to go out.”

‘Thanks but no thanks, mate’

That’s where I went wrong. “We’re OK,” I said. “We can afford a beer or two and a nine-year-old Octavia. Yup, we’re comfortable, thanks.” Even I could hear the sharp intake of breath down the line. But Brexit? “I’ll take what comes, as I do every time I plant a seed.”

“Well, thanks, mate; we’ll be in touch,” they said. We all know what that means. Not what they were after. No filming, no Bafta, no Kardashians – whoever they might be.

Well, it’s probably for the best. I’m not sure a London film crew could delicately document neighbour Robert’s pickled-egg-in-a-bag-of-salted-crisps routine in the Jolly Flowerpots. It’s not family viewing, even for the Discovery Channel. It makes bonking hippopotamuses seem dignified.