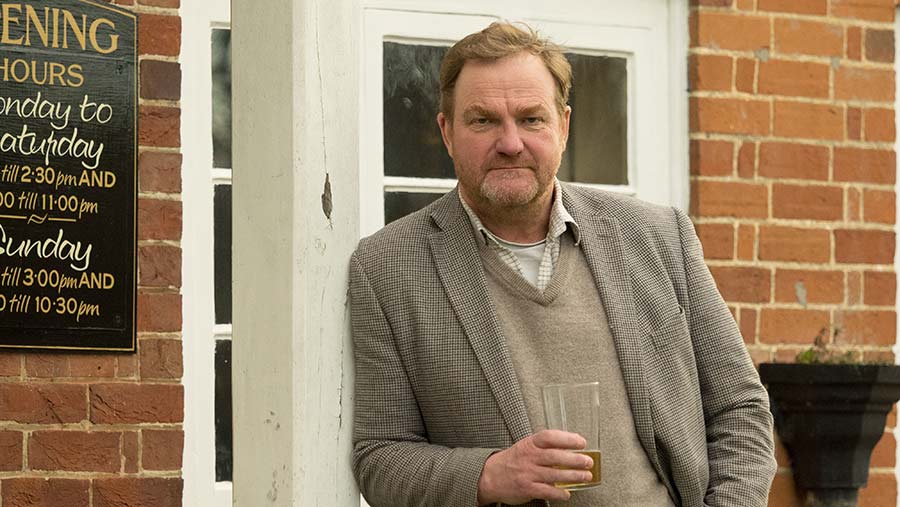 If I’m going to leave the parish twice in a month, and embark on another long-ish and snow-flecked drive – this time, west – on the A272, there had better be a damned good reason for it.

And, once again, there was. Winchester and Romsey NFU were having a bit of a jolly in Stockbridge, with free food and drink, some high-speed AGM admin and an auction of promises for Farming Community Network (FCN).

But best of all, Richard Williamson of Beeswax Dyson Farming was on his way down to give us a briefing on life as managing director of the UK’s most talked-about (and not always in positive terms) farm.

So there we were, once the cottage pie and free beer had gone down and we’d stopped insulting each other as only a room full of well-fed farmers can, sitting in rows in the little function room.

And I confess I was intrigued. What on earth would I, with my shambolic and chaotic farming techniques, have in common with the MD of Beeswax?

Well, as it happens, more than I thought. It was fascinating to hear how the old wheat-oilseed rape rotation was history (and not before time), and Beeswax runs up to nine crops.

We’ve been on a flexible six-crop for ever. And like us, they were finding that gently mixing back in as much organic matter as possible is good for diesel, metal and soil condition.

And the staff policy – “Good people make mistakes, and we don’t mind” – was music to my ears, having spent the best part of 30 years being king of the cock-up.

Even what could have been controversial topics were calmly and sensibly dealt with. One chap made the most comprehensive and succinct demolition of the “green” aspects of AD plants, of which Beeswax has many.

“Who mentioned ‘green’?” asked Mr Williamson. “We get cash for the electricity, have our own secure off-grid supply, and a pile of digestate to improve soils.”

Brexit, inevitably, raised its head. What were Beeswax’s plans? “We’re working on the basis of getting about half of our present support, post-Brexit.”

And was this verdict the result of hours of work by numerous consultants, who can tell you the gross margin of a second wheat five years hence? “Nope – gut feeling.”

As a man who still misses his packets of 20 Rothmans as an aid to farm budgeting, I liked this sort of thinking.

The list of improvements and investments was massive, with no expense being spared on everything from barns to liming, drainage to farm tracks.

Some fat ginger farmer stuck his hand up and asked where the money came from – the farms’ budget, or the Dyson bottomless cheque book.

“The cheque book” was the disarmingly honest answer. The ginger farmer felt a flash of jealousy, as his landlord doesn’t like new barns because it’s important to think of the LGBT polar bears. But I – sorry, he – had to admit that, were he in the same position, he’d do the same.

It’s has become trendy to knock Sir James, in the peculiar way in which we British tend to denigrate the successful, and when some farmers do it, there’s a hint of envy mixed in with the Remainer rage.

(Five minutes spent reading up on his five-year fight and victory in the EU courts about vacuum cleaner labelling legislation would be well spent, by the way.)

But I wish Beeswax/Dyson all the best – because it’s nice to think that all those early Dyson vacuum cleaners we bought (and threw in the skip) contributed to his success – and to those shiny new barns.