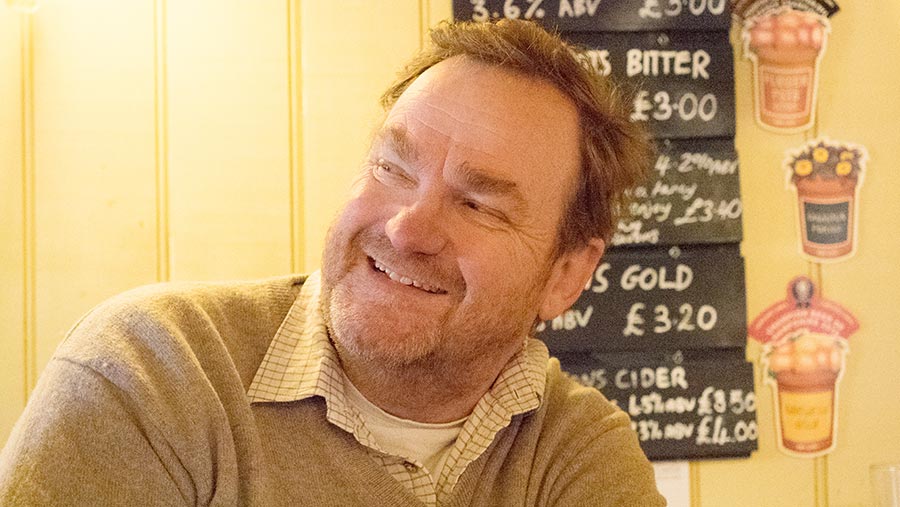 The good ladies of central Hampshire are distraught. If you listen carefully while passing through the SO24 area, you can hear a great sobbing and wailing. What, you may ask, is happening?

Are supplies of organic free-range couscous under threat from Brexit? Has there been a ban on SUVs that never go off road? Has Boden ceased trading? No, it’s worse than that: Hampshire’s hunkiest vet is retiring.

After decades of mending broken pets while simultaneously breaking their owners’ hearts, he has had enough.

Mind you, all those years with his arm up a cow’s bum may be catching up with him, and he’s keen to head off to Wales and stand waist-deep in a river clutching a very long stick. Never understood fishing, myself; not violent enough.

There’s a lot of this “retiring” stuff going on. Take the Colonel – another long-term friend, and the only non-graduate of an agric engineering course with whom I’ve discussed tank track design.

Between us, by three in a drunken morning, we’d remembered the proof that if a tank’s length is bigger than the track width by a certain ratio, it will never turn. You can image how thrilling that was for the rest of the chalet.

After a long and very distinguished career, he’s hanging up his camo kit, and heading off to Botswana – overland, in a 4WD VW van.

And take my cousin. Another distinguished long-term career, this time in the police – a traditional calling on my mother’s side of the family.

He’s had to deal with all sorts as he’s worked his way round the country: the Bunsfield explosion, fights among Big Brother contestants, and lots of top-secret stuff he can’t talk about.

When he went from London to his senior post in the West Country, you can imagine how many copies of Hot Fuzz he got as leaving presents.

Anyway, he’s grown tired of his unmarked but gadget-laden BMW X5, and now bicycles a lot, and advises TV producers on police matters. Nice work if you can get it.

But here’s the thing: they’re all, give or take a year, my age: 57. And they’re all looking forward to long and happy decades of carefree living on their bounteous and well-deserved pensions.

When was the last time you heard of a farmer retiring in his 50s? There are those who do, of course, due to illness or injury, or turning the farmland into concrete and tarmac, but when has a farmer ever said: “Hmmm,, I’ve saved enough, I’ve got a nice pension; I’ll knock off now”? We just don’t.

In fact, on Tuesday, when I turn 58 (and Hazel, who has the same birthday, turns 26 again), I’ll very likely be in the Jolly Flowerpots with neighbour Robert as usual (birthday donations to my tab very welcome, thanks), celebrating reaching the average age of the British farmer.

Retire? I’ve only been turning the Hinton Ampner soil for 35 years, and running Manor Farm for 28 of those. I’m barely getting the hang of it. Ask my bank manager.

Drop in and watch Robert as he effortless sinks yet another pint of Pots ale, and does his usual disgusting trick with a pickled egg and a bag of crisps.

It would be rude beyond words to say how many extra years he has on me (let’s just say that trombones were heard at a recent birthday), but does even he look like a man ready for retirement? I think not.

So good luck to the ex-vet, the ex-soldier and the ex-policeman. Enjoy your retirement, but I won’t be joining you just yet.