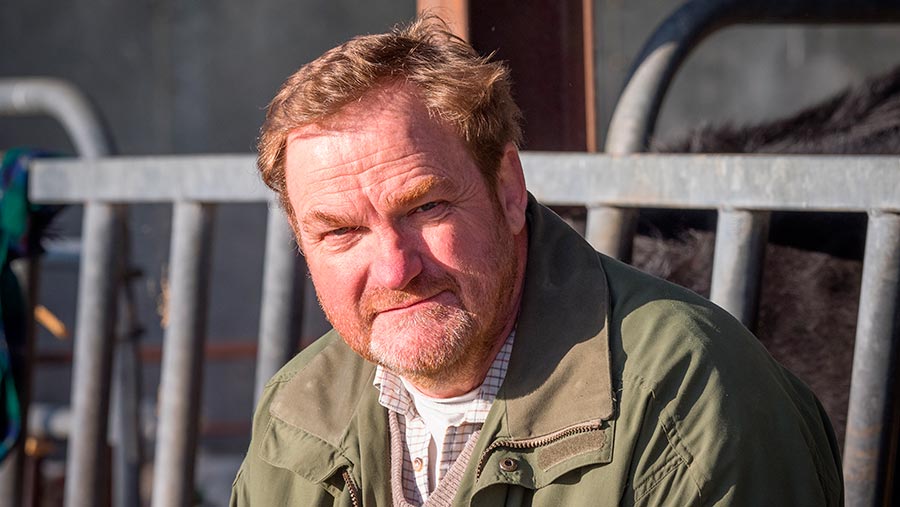 It turns out that I brought home more than just a broad smile and bag of brochures from Lamma. Somewhere in the car, lurking surreptitiously, was a particularly nasty case of man flu.

I can’t for the life of me work out how I picked it up; I know the day was long and fun, but I’m sure I didn’t exchange any bodily fluids with anyone.

The whole jolly event was limited to warm handshakes and backslapping. Little did I know what was on the way.

The gentlemen among you will be nodding in sympathy at this point, but the ladies will be wondering what all the fuss is about; so let me run through, for them, the horrors of a proper dose of man flu, not least to suggest that they are lucky never to experience such misery.

By the Thursday, I was feeling a bit off colour, getting grumpy with the ex-vet’s loose spaniel on the farm rough shoot.

(Mind you, most of central Hampshire will agree that getting cross with the ex-vet’s loose spaniel is no guide to health at all, unless we all have imminent man flu right through from October to January.)

Of the weekend, I remember little. Hazel says that at one stage I refused a chocolate Hobnob so she wasn’t sure whether to send for an ambulance or the knackerman

Gone off the Hobnobs

By Friday night, I admitted defeat. The lovely Mrs Flindt lit a big fire, dragged my duvet (which may or may not have still had Cain the cat wrapped in it) down from my quarters in the west wing, and a made a nest on the sofa.

My new best friends Mr Paracetamol and his cousin Miss Hot Ribena joined me, along with their chum Mr Voltarol – by this stage a violent sneeze had sent a lower back facet joint spiralling out of line.

Of the weekend, I remember little. Hazel says that at one stage I refused a chocolate Hobnob (another packet had arrived at random in the post from a book buyer), so she wasn’t sure whether to send for an ambulance or the knackerman.

Cain the cat spent a lot of time with me, occasionally kneading his way up my chest and dribbling with glee. Well, one of us was dribbling, so I’m blaming him.

Two flatcoats were thrilled for the excuse to boing their way in at regular intervals and deliver an unwelcome paw-based pummelling. All they did was prove that the facet joint was still out of line.

The Malinois, now that she’s almost qualified as a search/security dog, decided I was worthy of inspection. I was given a long, slow steady sniff-over – which, bearing in mind I’d done 48 hours of weapons-grade sweating, was quite an achievement on her part.

She seemed happy that I had no guns, ammo, or money on my person, but was unconvinced I was clear of drugs. I gave her a Hobnob and told her to bugger off.

There was a lot of terrible television involving border controls, and something hideous called The Masked Singer – although that could have been me hallucinating. In fact, I hope I was imagining it, or civilisation is truly entering the End of Days.

By Tuesday, I was off the sofa, but my eyeballs were red and hurt when they moved. Reluctantly I had to cry off the Clun Forest NFU Dinner (sorry, folks; next year).

By Thursday, I felt slightly human again – but only just. The duvet went back upstairs, the Hobnobs vanished, and my crusty jimjams went off to be incinerated. A whole week gone. Mind you, at least I wasn’t trying to drill – that’s one small mercy.

So, ladies, when we go on about man flu, be kind to us – and be grateful you’ll never know anything like it.