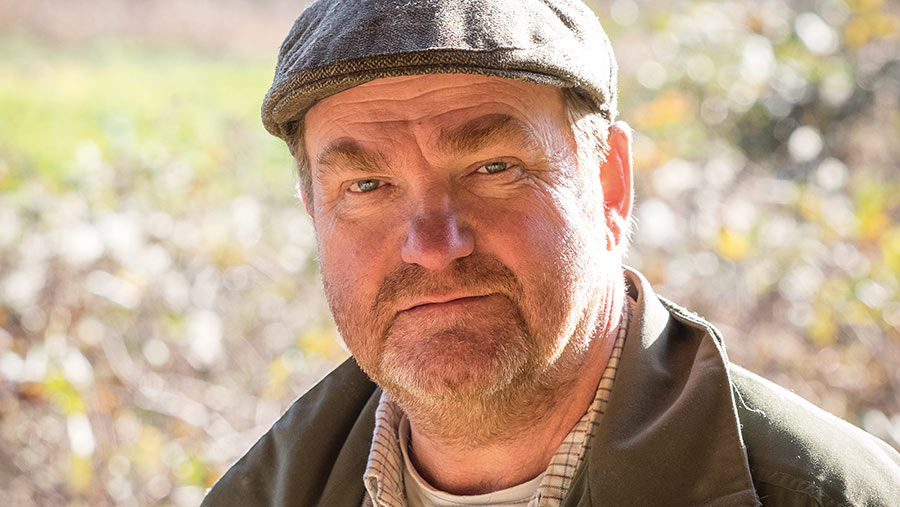 Spare a thought, if you will, for Unlucky Alf. He’s probably not called Alf, but we gave him that nickname after the character in The Fast Show.

We may not know his name, but we do know he’s reasonably local. We know he has a red 4×4 SUV, a hi-viz jacket, does work for a local church, and, crucially, that he’s fond of his log fire.

He is also keen on foraging for a few free logs to fuel the fire, and keeps an electric chainsaw in his 4×4.

A couple of weeks ago, Alf decided to go and gather some wood. It was the perfect day because the sleet was scything in from the south-east on a Force 5 wind and the temperature was just above freezing; he was fully confident that he could pop out into the nearby countryside and gather a bootful of well-seasoned timber, totally undisturbed.

Who the hell else would be daft enough to be outdoors on a day like this?

He checked the battery on his electric chainsaw, put on his hi-viz jacket, and climbed into his 4×4.

At about the same time, some miles away (we’re not sure exactly how many miles, because we’re not exactly sure where Alf lives), Hazel and I were getting suited and booted for our first ever two-person rough shoot.

We’d checked with the relevant authorities, and two people from the same house could walk out into the woefully underused strips with a gun and a dog, and that counted as your legal exercise.

A glance through what’s left of the falling-out National Trust windows revealed horizontal sleet in a lazy wind.

That meant three things: extra waterproof layers would be needed, the daftest of the flatcoats would be chosen, and we should be undisturbed in our “daily exercise”.

Who the hell else would be daft enough to be outdoors on a day like this?

I shoved a handful of Purdey paper cases into a capacious pocket, Hazel chose Bella, and off we went.

After a successful walking-side-by-side first “drive” (two shots for one cock bird), we thought we’d do the Roe Hill strip.

“You start at the other end for this one,” I suggested, “and I’ll start from here. Give me a shout on the radio when you get going.” Hazel set off with her idiotic flatcoat bouncing around as if it was a spring morning.

Caught in the act

At the far end of the strip, where it meets the road, Alf was just getting to work on the tree that we’d carefully laid across the gateway as a vital barrier against hare coursing.

The last thing he expected was a loud, cross but still polite “Excuse me? What are you doing?” from Hazel, emerging from the forest of fodder radish with a foam-flecked flatcoat.

Poor Alf. He went into a right panic. Among his garbled excuses were “I’ve got to keep my family warm!” and “I look after the churchyard!” 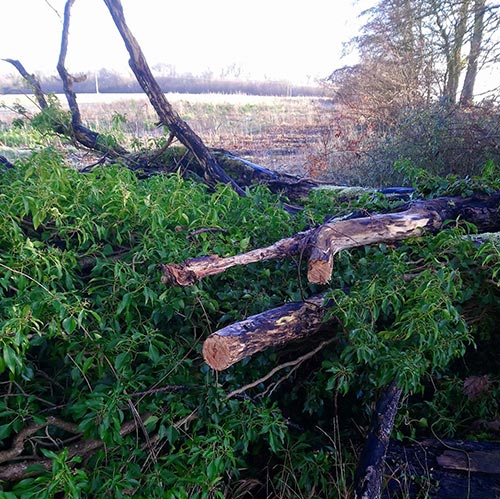 If he hadn’t jumped into his SUV in such a guilty fluster, Hazel would have pointed him to the great supply of help-yourself dry wood – but she didn’t have a chance.

We finally did the drive, and then one more, and called it an early day with a bag of three. My fingers were too cold to extract the swollen paper cases.

When we were done and dried off a bit, we had a two-person shoot lunch, which was lacking somewhat, but we chuckled about our shocked forager.

Instead of toasting the beaters, or the pickers-up, we raised a ginger beer to Alf.

Poor unlucky Alf. Hope he found some wood in the end.