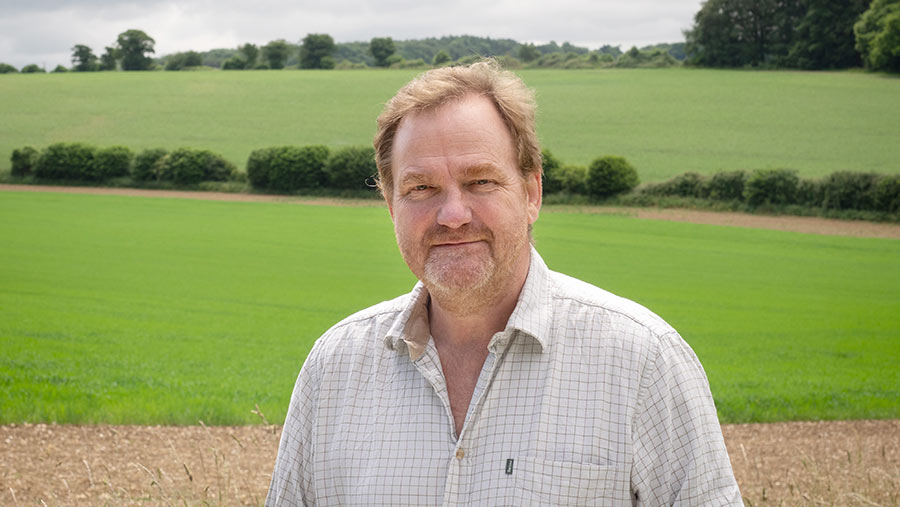 I have a friend who lives for his pigeon shooting. At certain times of the year – now, for instance, his three most prized possessions are a map of my farm, a diminutive 4×4 and a very expensive over-and-under.

One of these he uses extremely well, and the other two not quite so well.

Sometimes it’s more by luck than judgement that he makes it to the hedge at the top of Hurst Down, sets up his decoy pattern, parks the little car out of sight and settles down for a long day.

On some days, he’ll shoot three or four. On others, his bag will be filled with a couple of dozen.

Either way, the birds are taken home, breasted, and then cooked and eaten by him, his family, or by guests at one of his legendary dinner parties.

The plate in front of them is full of free-range, low-fat, organic meat. The food miles are actually measured in yards, and the nonsensical carbon footprint about as low as you could get.

And, because he is a man of impeccable manners, we always get an excited “thank you” phone call, with a shot-by-shot debrief of his day.

Birds of a feather

We had another phone call from him a couple of weeks ago, but the tone was slightly different.

It was actually a voicemail – we were banging in straining posts next to the Wayfarers’ Walk, so the earmuffs were firmly on – and he was almost too cross to speak.

He had found out that his favourite hobby – about as near as you can get to the simple act of hunter-gathering – is (as I write) illegal.

Even I, as the farmer, can’t nip out and pop a couple of pigeons for the pot.

The keen teenager clutching his prized El Chimbo .410in side-lever hammergun in one hand and his first brace of pigeon in his left hand (like me, 44 years ago) now runs the risk of arrest.

How fortunate that the rural police are woefully underemployed at the moment.

You have to hand it to Chris Packham. His publicity skills (backed slavishly by the loathsome BBC) are superb, his dedication to enforcing the EU Wild Bird Directive unflinching, and his ability to reduce the whole countryside to wordless rage and bewilderment using minimal funds raised in about 20 minutes on the internet is stunning.

The mighty pro-field sports lobbies, with their big names and even bigger fundraising efforts, have been caught completely flat-footed.

I think we all know where the hobby of pigeon shooting is headed. One lengthy look at the 11-page licence for killing crows (GL26), with its dos and don’t, its mustn’ts and shan’ts, tells us all we need to know.

Shooting the empty crows’ nests on 16 May used to be my father’s boyhood birthday treat: now banned, of course. It will mean individual licences, giving Natural England personal information (and what could go wrong with that?), paperwork, fees, inspections.

Harvesting a few wild birds for the pot, and, yes, for fun, will be – at the very least – mighty difficult.

I used to think of Michael Gove as a sensible old-school “small-c” conservative, with his knowledge of the world outside the Westminster bubble, and his friends who love a bit of field sports.

The old Gove would have smacked Natural England round the ear, told them to turn off Packham’s Twitter feed and simply put out a new general licence.

Getting a common-sense reaction from the new Gove, last seen staring like a lovesick puppy at an annoying truant-playing Swedish schoolgirl, is, I fear, somewhat less likely.