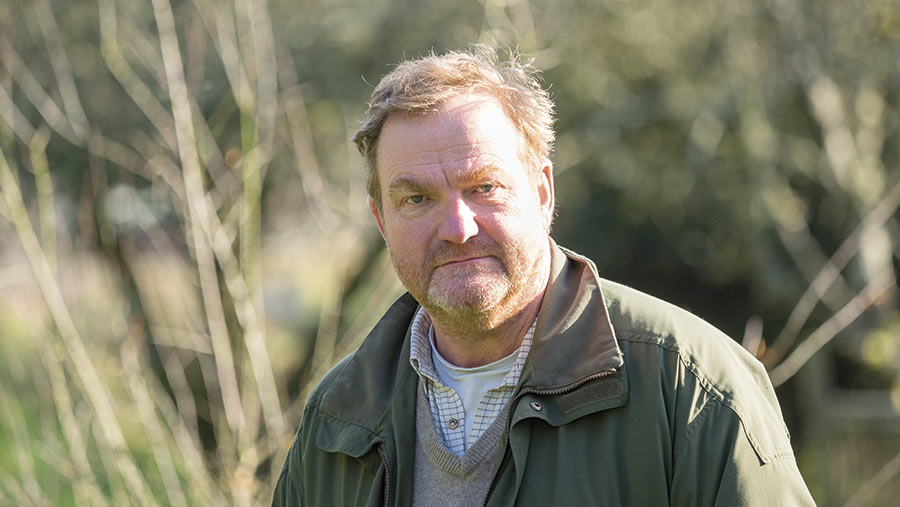 Two new exciting prizes will be presented at the Farmers Weekly Awards when they finally happen.

The first will be the Puritan Cup (sponsored by Matt Hancock), awarded to the farmer who has written the saddest letter saying that the Awards are a disgraceful extravagance, with lots of farmers spending money and having a good time, and shouldn’t happen at all.

The “cup” itself will be a recyclable plastic one full of sour grapes.

The second will be for Spotter of Dodgiest Car of the Year (sponsored by Reg’s Second-Hand Subaru Co). And don’t even bother thinking of entering this category; I’ve got it sewn up already.

It all started (as my acceptance speech will begin) late one windy October night.

I was just dozing off when I heard a distinctive noise from outside: a car revving oddly, as if it was struggling off-road somewhere.

Or was it the wind? I hoped it was the latter (although I knew it had to be the former) and drifted off to sleep.

Sure enough, the next day, sweeping wheel marks could be seen on the pea stubble where the hare coursers had been at work.

I opened the still-locked gates and drove out to investigate. They’d had a close shave up on the soggy clay, where it looked like they were on the verge of having to walk home.

But where had they got in? With every “visit” we block another access hole, and I thought that field was secure.

I drove slowly round the outside, and found where some more skilful driving had got them up and over what I thought was an inaccessible bank.

Suddenly I realised that I wasn’t the only one inspecting this new access route. Parked out on the road was a white van.

Can’t think why, but this rang an alarm bell or two.

The van’s occupants – by now scurrying back down the bank – did little to dispel my first impressions.

I thought I’d stop for a chat across the bank. There was a large gobby one – a cross between Jo Brand and Shane MacGowan – and a slim one who looked like a rat in human form.

I was treated with the now familiar mix of faux politeness and thinly disguised hostility. Gobby called me “Boss” a lot, and Ratty just glared at me.

They’d been driving up the road (said Gobby) and the long trap shafts had clipped a low branch. This was a major concern, of course, so they’d pulled over to inspect any damage.

I joined in with their game, and expressed mock concern, all the while trying to surreptitiously scan the trailer and trap for some distinguishing features that might be useful.

We all agreed that the shafts were fine, and they got back in their Peugeot. In one final splendid piece of spontaneous improvisation, Gobby asked if there were any further low branches on this road.

I pretended to think about it for a moment, and assured him he’d be fine. Off he went in a cloud of DPF-removed fumes.

Back home, I checked the van’s number on the DVLA website. No tax, no MOT. I was shocked – shocked, I tell you. Who’d have thought it?

So the Dodgy Car Cup is mine – no one will beat that. I might take the Puritan Cup home too – after all, no one will turn up to collect it.