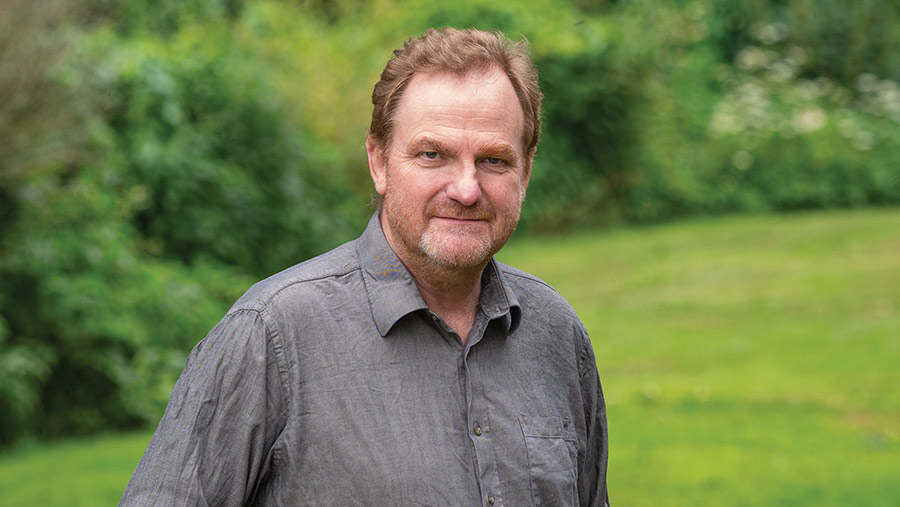 Thank goodness that Hazel does the end-of-July settling up with the agrochemical companies.

Not just because these days they’re all wanting payment by this new-fangled transfer thingy (Mrs F knows how to do that; I still prefer cheques), but also because the dentists aren’t open properly yet.

There’s a problem with one particular virtual cheque we’ve written this year, and it’s for the propaquizafop (probably best not to use the brand name) that went on to the peas to wipe out the grassweeds and volunteer spring barley that was out there in extraordinary density.

That was the plan, anyway. The day was fair, the soil and the leaves were dry, and the wind was a light to moderate north-northwesterly. The water rate was in three figures, and while the chemical rate wasn’t 100%, it was what history has shown to be enough.

But when I went through a few weeks later with a final fungicide, it was pretty obvious that it had achieved the square root of bugger all.

The south end of White Hill was a forest of wild oats, the patches of blackgrass were utterly untouched, and the volunteer spring barley – which normally keels over if you wave a propaquizafop label at it from a hundred yards – was resolutely unruffled. A multi-year campaign to tackle the grassweeds in tatters.

The thing is, I’ve been here before. It was the mid-1980s, and Dad, Dudley the veteran agronomist, the man from a chemical company and I were standing in Boms field, trying to get to the bottom of why the new wonder chemical of the day hadn’t worked on the wild oats out there.

It was before I took up the spraying gauntlet, so the job had been done by old Ernie with an Allman 150-gallon sprayer wobbling its way across tramline-free fields – but he wasn’t in on the post-mortem.

“And what nozzles did you use?” asked the man from the company, as he peered at a wild oat through a jewellers’ glass. “Flat fan or cone?”

“Ah!” exclaimed chemical man, triumphantly pocketing his eye glass. “Should have been cone!” I was sure I caught Dudley raising an eyebrow as he puffed on his pipe.

Put up and shut up

So I know there’s no point summoning the latest man from the chemical company and having a moan. I know damn well he’d look at my detailed paperwork and pick a dozen holes in it.

The water rate would be wrong (but who knows which way?), the chemical rate would definitely be too low, the time of day was probably a bit questionable, the wind was probably the wrong direction, and, yes, Mars was firmly in Uranus that day.

“Well, if you insist on misusing our brilliant products….” he’d say.

Unfortunately, there’s nothing we can do. In the same way that farmers are unique in that the buyer tells us how much he feels like paying for our goods, we must be the only industry that seems to have no comeback at all when a key input just doesn’t work.

We just have to grin and bear it. “Oh well,” I found myself thinking rather pathetically. “At least the peas leave a bit of N behind.”

Hazel has pressed all the right buttons, and the money’s on its way to the chemical company.

If I’d been doing it, the cheques would have been illegible with grumpiness, and several teeth might have been gritted to pieces.

And a six-week wait to mend a broken tooth is not what you want during harvest.