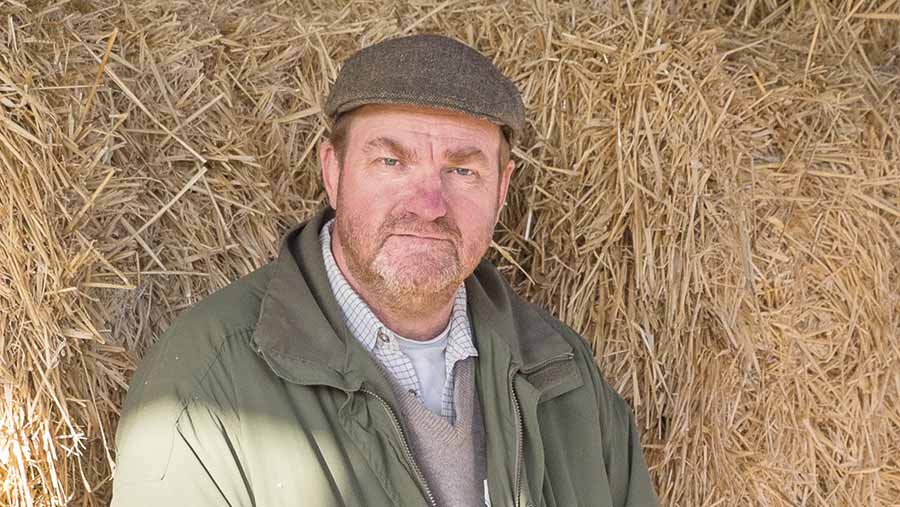 What’s that? You want a harvest summary? Must I? Oh, very well then. But first, let’s indulge in a little nostalgia, to a year ago, when we set off to Newcastle Uni from Hampshire on a glorious late September day.

We’d just finished one of the easiest and most bountiful harvests of my time, and all was well with the world.

How we tut-tutted at all the drilling we could see from the motorways, much of it with (pause for extra tutting) plough and power harrow/drill combos. What was the rush?

Exactly six months later, how we wished we’d followed their example. We had 120 acres of Crusoe in the ground, bashed in over four drillable days (two in October, two in January), and 50 acres of lethargic oilseed rape.

And you could hardly set foot on the rest of the farm. The carefully drawn cropping plan was in complete chaos.

So now that the combine header has been dusted down and given a coating of wax, the cab has been cleared of wet wipes and paracetamol, and the adjustable spanner selection is back in the tractor, let’s discuss harvest, and compare it with what was realistically expected on the March equinox.

And, suddenly, as if by magic, harvest wasn’t too bad. There was a bit of quality in that October wheat, and the oilseed rape was just about worth combining.

Beans (winter and spring) all went in in April, and limped to 15cwt/acre – but there are horror stories of bean yields in these parts that make our yield something special.

The peas combined easily, and what few there were went for human consumption. But we must forget yields for a moment, and consider all the other far more important indicators of harvest’s success.

There was the usual chaotic straw selling, swathing, baling, stacking and carting – some days it was impossible to tell who had just driven into the field and started doing something.

But none got wet, and everyone seems happy with their prices – or will be when we decide what they are, who did what bit of work for whom, and who exactly it was who had a couple of hundred litres of diesel from the bowser one day.

Failure not an option

We had one huge combine breakdown, but that was over the August wet spell. We didn’t get stuck once, or make any damaging ruts.

All tyres ran dry for most of the year, and stayed hard; there was one slow puncture on the Deere, but we lived with that.

The fates were on our side in other ways, too. My back didn’t give way (remarkable, considering the lockdown pounds that have piled on) and those temperamental ligaments in the right shoulder didn’t go twang once.

Mind you, I delegated lorry loading to brother-in-law Noel, which saved an awful lot of awkward right arm work.

And a quick “well done” to the new huge toe-tip bucket for the loader tractor, which saved us a four-figure sum hiring a big RTFL. (And to the lorry drivers, who didn’t moan too much about the slightly slower loading times.)

In fact, everyone was remarkably cheerful for all six weeks. And there was lots of cricket on the radio.

If the Good Lord had tapped me on the shoulder in late March as I stood at the highest point and looked out on a saturated farm only 25% sown, and offered me that harvest, I think it’s fair to say that I would have bitten His hand off.