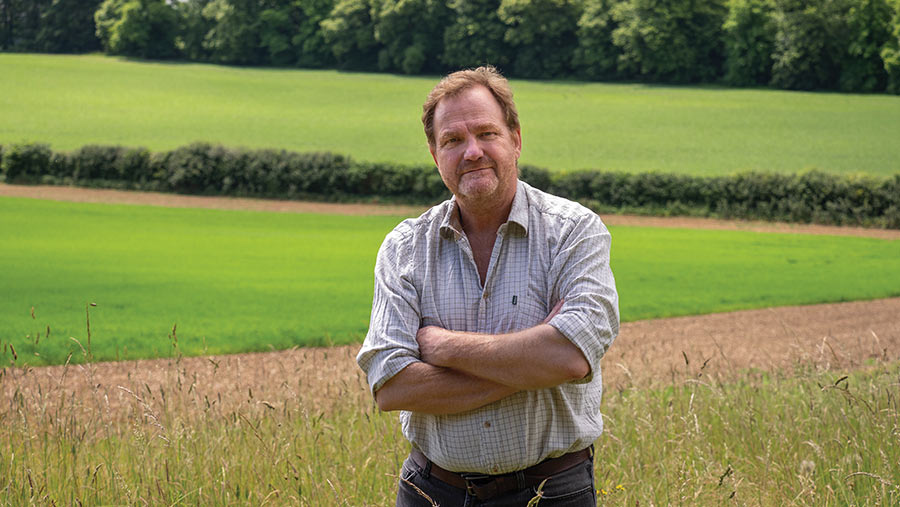 It’s a good thing I’m the very model of tactfulness and delicacy, because I’m in danger of breaking one of Dad’s two Golden Rules of Farming.

The first is “buy your own combine”, and the second is “never upset your landlord”. I’m OK with the first one, but the second – let’s see how we go.

You see, the National Trust, in a monumental example of looking a gift horse in the mouth, has trawled through the distant history of all its properties, investigating the old owners’ links to slavery.

And our tiny hamlet, Hinton Ampner, unknown to the outside world for centuries, famous for nothing ever happening here (except for its hauntings, and its part in the Battle of Cheriton) has fallen foul of the historians.

This comes as a bit of a shock to those of us born and brought up here during the benevolent days of the hamlet’s last private owner, Ralph Dutton (the 8th, and last, Baron Sherborne).

Tall, elegant, cultured, kind (half-a-crown for every child at the end of the village Christmas party, after the carols and the magic show) and hugely tolerant of annoying little brats running round in his private gardens. (That’ll be me and my big brother.)

You never met a man more unlikely to have to bear guilt for the 250-year-old “sins of his fathers”. But there’s Hinton Ampner, clear as day, in the Trust’s Interim Report on the Connections between Colonialism and Properties now in the Care of the National Trust, Including Links with Historic Slavery.

Inevitably, I couldn’t help wondering what would happen if the historians were to widen the piercing beam of their investigative spotlight.

It’s fortunate that the two local Roman villas fall just outside the land Lord Sherborne left to the trust.

But what about my farm machinery? Almost every bit of kit on this farm is powered by a transmission shaft built by a well-known German engineering firm.

On its website, it documents – with commendable honesty – how it used ”forcibly recruited workers” in the Second World War, and flew the swastika over its factory.

There are Chinese alternatives, but the reason you can buy them for such low prices doesn’t bear too much investigation.

But here’s the thing: we love our landlord. Farmhouse chats are good-natured and invariably get a Hobnob Rating of five – the highest possible.

We emerge from comparing notes at Tenant Farmers Association meetings counting our blessings.

However, we don’t have a lot of time for the trust’s “historical research” department.

The leaflet for the most popular walk round the estate features several examples of what some might call “misinterpretations of historical events” – we farmers would use a slightly shorter and cruder word.

I’ve tried pointing out these “misinterpretations”, using, as some sort of authority, the fact that I was there during these events.

I’ve told their lovely land agents, I’ve emailed their Facebook page, I’ve ranted about it in letters to the national press – but nothing will persuade the trust to make these stories less historically inaccurate.

Their word is gospel, and it breaks my heart that their many visitors will treat it as such. And if the trust can’t get the past half century of this little hamlet’s history right, forgive me for being sceptical of its version of events from two-and-a-half centuries ago.

There’s one final irony to this saga. Without those fortunes that were made in the 18th century, many of the nation’s great houses wouldn’t have been built at all, never mind ending up in the trust’s care. Just a thought – a tactful and delicate one, too.