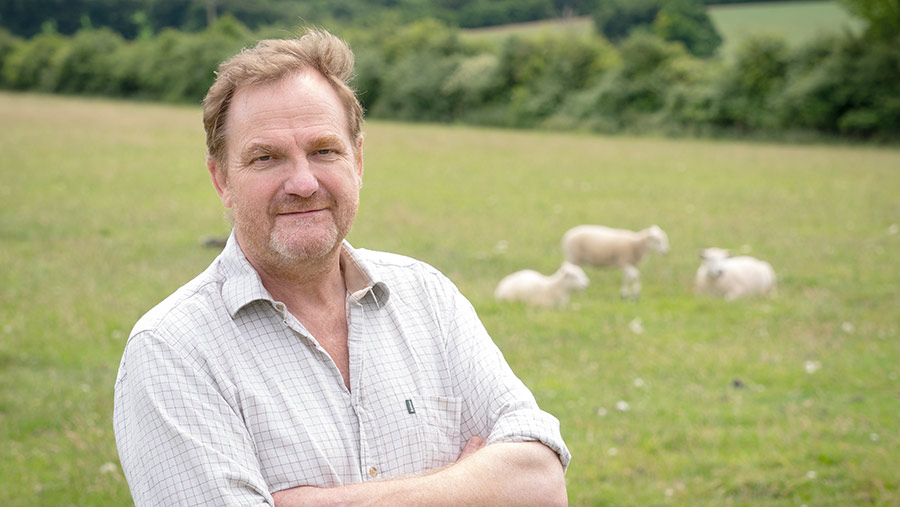 It was a bit of a shock to get another letter from the council’s Countryside Access Ranger about a “blocked footpath”.

It was the usual tone – very polite and apologetic, very sorry to trouble us at a busy time – but it said Footpath 6 appears to have been blocked by wood chippings and earth, aka “wilful obstruction”.

Harvest stopped at once, and off I went to inspect Footpath 6, clutching the map that was on the back of the letter, wondering what on Earth could have happened. Fly-tipping? The electricity board after doing some round-the-pole lopping? National Trust gardeners lost control of their chipper?

There was nothing. I walked it one way and then the other. Was it some malicious reporting by our chief trespasser from Kilmeston?

I took some pictures, although it’s hard to capture a decent shot of something that isn’t there. (Unless you’re the Sunday Sport proving that a B-52 bomber is no longer on the moon, of course).

Only one option remained: pick up the phone. The Ranger was as farmer-friendly as the letter, and the first confusion was sorted at once.

“Chippings and earth? That’s not right,” she said. “It’s your electric stock tape that someone has objected to.” That made a bit more sense, but I still couldn’t work out what the problem was, so we agreed to meet up on-site.

Three cross-field footpaths converge on Hinton Ampner church at SU 598 275. One goes north-south, and is now the Wayfarers’ Walk, and is stock-proof thanks to a proper barbed wire fence.

One goes east-west, and is now part of the Trust’s official estate walk. We’ve run an “electric” tape alongside that one, and, according to the complainant, this tape made access to the third path – a diagonal across the field – impossible.

Once this had been explained, a good-natured but lively row stared. She was uneasy about the tape and its line of orange poles – it didn’t protect people from our livestock.

I loved the tape – it protected our livestock from people. The old fertiliser bag over the tape may be traditional but wasn’t approved of – not sturdy enough, and people still have to climb over an obstruction.

Zooming right in on the Rights of Way map on a tablet proved more confusing; where did the diagonal path start?

Did it run with the Wayfarers’ Walk for 10 yards, and then split off? Or did it run alongside it, in which case the barbed wire (now on the ‘walkers’ side) would have to go.

Mind you, the Hampshire County Council map had the Wayfarers’ going through a Trust shrubbery, and they’d say “Ni” to that.

I conceded that, yes, the route of the diagonal path was possibly unkempt, a bit nettle-y, and not blazingly obvious. But people still walk it okay.

The “flip-flops and pushchair” National Trust visitors wouldn’t venture out there anyway. A raised eyebrow suggested that this was a wrong answer.

And when I suggested a permanent fence to replace the tape, with a new gate, I was told that it would need a licence. A “gate licence”? That was my cue to bite my tongue and wind my neck in – the “good-natured” bit of the row was in danger.

In the end, we agreed that if we had a good strim and flail, put up a couple of posts with an easy-to-use short bit of tape as a gate, she’d come out and put proper “footpath this way” signs on one post (and throw in some stock signs as well), and everyone would be happy.

Except the Kilmeston militant trespasser – but there’s no reasoning with him.