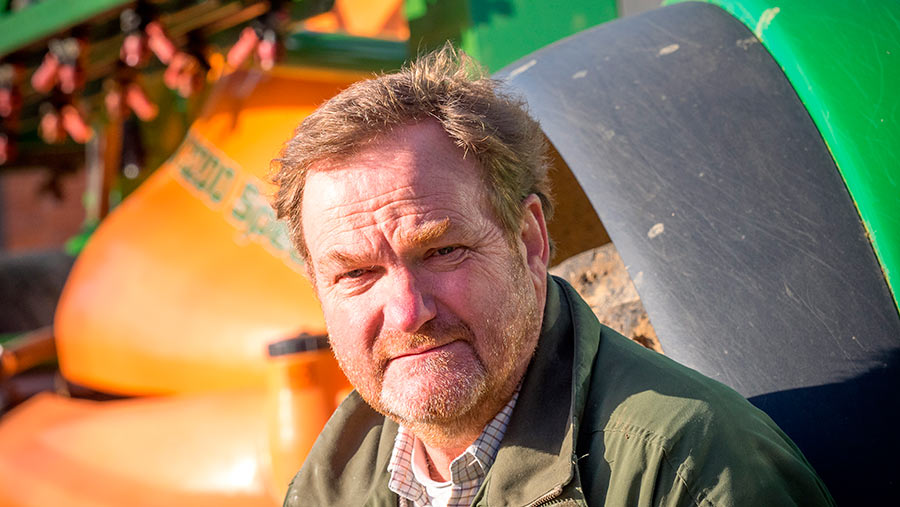 “Now look here,” I said crossly to the little Horsch CO3 drill, waving a large stick at it furiously. “We’ve got one day before the new moon changes the weather, and there’s about 20 acres of beans left to get in the ground.

“If you don’t behave yourself, you might get a visit from my friends Mr Angle Grinder and Mr Oxy-Acetylene Torch, and then find yourself on a one-way ticket to the scrap skip!”

Some National Trust visitors enjoying the round-the-estate walk were looking a bit baffled and more than a trifle concerned as they passed, wondering why I appeared to be re-enacting a cross between Fawlty Towers, The Archers and Time Team.

They drew their children a little closer and tiptoed past, hoping not to draw the mad farmer’s attention.

It had all started so well, though. I had managed (after some searching) to find the eight tonnes of fresh stock Tundra beans that we’d bought in 2017 but never got in the ground in last winter’s interminable rain.

I’d done the four-hour session rolling around under the Horsch changing the coulters – a great test for the new hip. Everything was calibrated, the anti-jam bean flap was in (Horsch owners will know what I mean) and we were ready to go.

The first tonne went in perfectly – dead on 226kg/ha. This (I thought) was going to be a doddle.

During the second tonne, things started to go a bit squiffy. “What on earth is that?” I wondered as I spotted an odd-looking black lump in the middle of my last turn.

As it got closer, I recognised a pair of discs – the ones that should be at the back of the drill levelling everything off.

No time for welding now, I thought, as I hoiked them back out of the Hampshire clay, and anyway, they do little work behind the “Solo” legs.

At the end of the second tonne, the seed rate had gone awol, too. I was now running heavy. Hoping it was a statistical anomaly, I left the settings alone, and persevered with tonne number three, which was relatively uneventful.

Changing fields presented a bit of a shock, though: first, the Horsch reckoned it had drilled 16.5 instead of the usual 15.5 hectares. And then seed bag No 16 looked a little light.

It turned out that Mr and Mrs Rat had set up a branch of Beans-R-Us-Snack-Bar at some stage in the previous 12 months, and nearly half of the beans had gone. Damn. The seed rate was going to be way off.

Using nothing but instinct, I wound the seed rate down to 200 kgs/ha and started Big Field. Then things got really hairy. Another set of discs fell off – but it was mendable with a bit of baler twine.

The feed roller in the drill started messing about big time, jamming and blocking at random, leaving unintentional lapwings plots (or “menus”, as the buzzards call them).

I even stripped it down between bags and WD40-ed everything – to no avail. The forecast confirmed my new moon theory, so there was only one thing left: the stern talking to.

And blow me – it worked. The rest of the afternoon went smoothly. The Horsch behaved itself, and as for the seed rate – well, let’s just say that on the eighth and final turn of headland, just as the light faded, the “low seed” alarm went off, and (I couldn’t help noticing with a smug smile) it was telling the truth.

At 3am, the heavens opened. My little Horsch had earned its reprieve from the scrap skip.