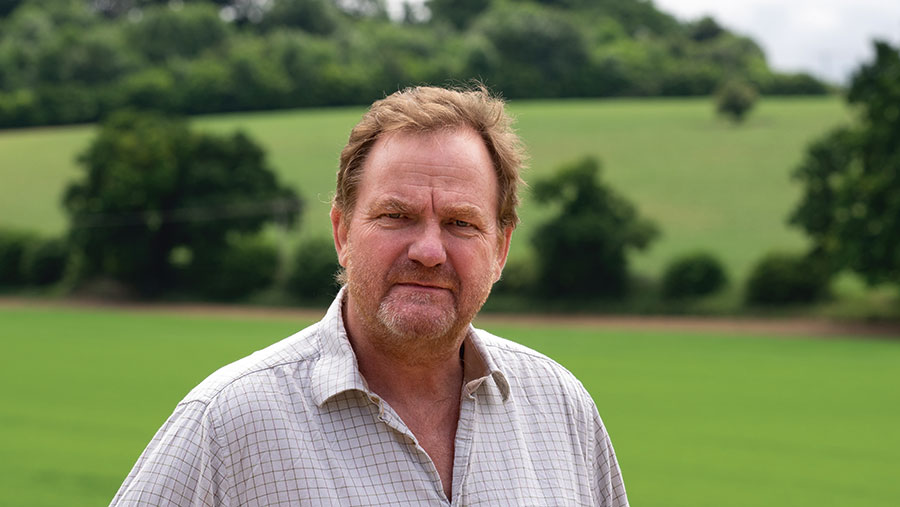 The walkers on Dark Lane, now returning in their dozens, must have wondered what on earth was going on.

Why was that fat farmer with the wild lockdown hair running out into his wet and now quite sturdy oilseed rape crop, waving his arms and shouting, and then running back to the grain store buildings?

Had lockdown finally got to him? Was he trying a new flea beetle deterrent? No; it was me, of course, and I was simply undergoing my ACCS inspection – a “virtual” one.

It hadn’t got off to a terribly good start; the new Inspector rang my mobile to introduce himself on a dodgy line while I was spraying, and then sent an email with instructions for the new system, which I managed to misinterpret completely.

I thought it said that we could: 1. Do the whole thing by uploading relevant documents to the new Red Tractor portal, or, 2. Have a virtual inspection.

With no way of doing the latter, I naturally chose the former, and spent a couple of days scanning and uploading (on the world’s slowest internet connection) as many bits of paper as we could find.

I was feeling quite confident of a high-speed pass when the Inspector rang.

“Let’s start with the virtual tour; I need to see your chemical and grain stores.”

I pointed out that I had chosen number one on the options list. He said there was no “choice” involved; we had to go through the documents and do a virtual tour.

There was brief disagreement on the wording of his email, and then I thought it wise to back down. But then we were back to the technology issue.

I have a “smart” phone. It does calls (just), texts and takes miraculous photos – the Inspector seemed bewildered that I used it for nothing else.

He also pointed out that it was up to me to sort out something called “WhatsApp” so we could do the virtual tour.

No tour equals no points. And we know what points mean.

Luckily, boy number two was at home, in his new self-built gym – he’d know how to sort it. The last thing I wanted to do was interrupt his eye-watering dead lift (he’s inherited his mother’s lower back), but this was urgent.

There was a bit of Kevin-style eye rolling, but 90 seconds of chalky thumb work later, I was ready to go.

“Here we are,” I proudly announced to the Inspector a few minutes later. “My spray store; where shall we start?”

He suggested I start by switching cameras; all he could see was the side of my face, and, no, I didn’t have to hold it to my ear. Once those basics were sorted, we were flying.

The grain sheds presented a bit more of a problem. There’s no phone signal down there.

Lorry drivers can’t chat to their Yorkie suppliers while we’re loading, the “remote” electricity meters are useless – and as for using WhatsApp to send live coverage of the squeaky-clean grain tipping areas, the only solution was to wave the phone optimistically round a barn, and then run out into the oilseed rape, where the signal’s better, to discover if the Inspector had seen anything.

No wonder the Trust’s visitors looked bewildered. We got there in the end. The document checking was a doddle by comparison.

When my new chemical store sign arrives, I’ll be fully inspected and legal, and I can take the app off my phone again. Where’s that boy?