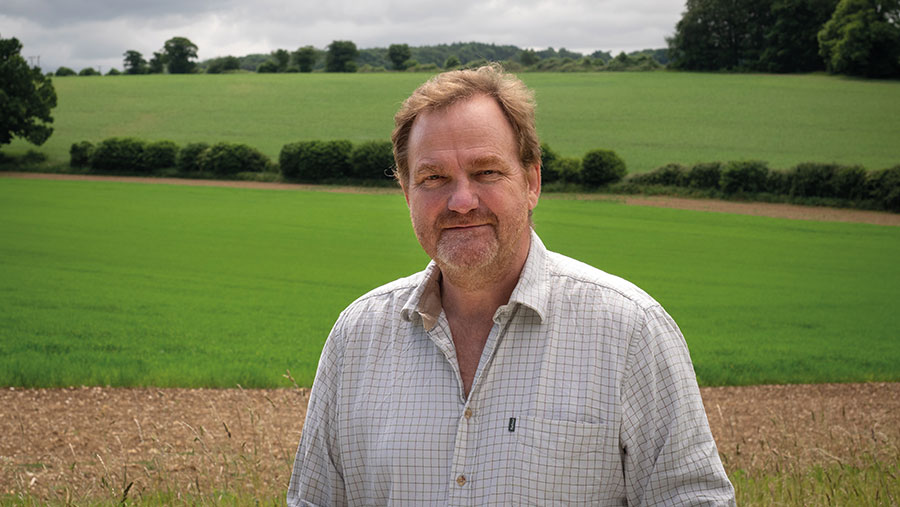 There are bad days, good days, and days that are the dog’s doo-dahs. Wednesday of last week fell firmly into the last category.

It got off to a good start when the bathroom scales changed from “no coach parties” to “no minibuses” – which showed that the post-Christmas diet is working.

Then I noticed earlier daylight through the pouring rain as I washed the porridge pot. Joy of joys.

The postman brought a healthy update of the “long pool” fund at Trinity Grain – Paul the Octopus’ random tentacle movements have done well.

I was in a cheery mood, too, because the Six Nations was imminent and, for the first time in ages, live cricket is available on terrestrial television.

And then, morning routine complete, I stumbled upon a tweet by our old friend, George Monbiot. “In the past I’ve shared the claim…. that we have only 60 years of soil left… this statement is wrong.”

He provided a link to “Our World in Data”, where some sensible and level-headed analysis was summarised thus: “The stark claim that the world has only 100, 60 or even 30 years of harvests left often hits the headlines. Although they continue to be repeated, there is no scientific basis to them.”

Hang on a second…

Let’s pause for a minute. Let’s drop the weekly joviality and silliness. This is huge – possibly the most significant eco-agri-related event in decades.

When the assault on conventional farming started all those years ago, the number one charge against those of us using all the chemical and mechanical tools at our disposal to produce enough food to keep an industrial world fed and happy was that we were destroying the soil.

It has been the “gotcha” argument after we’ve pointed out that the soils are not “toxic”, having been “drenched” in pesticides and artificial fertiliser.

As soon as you point out that yields have been steadily increasing – impossible in “toxic” soil – the joker card will be played: “But the soils are vanishing! We only have 10/20/30 harvests left!”

It’s gospel truth from the self-appointed leaders of the agri-woke catastrophists. And it’s said so often that their hair-shirted disciples, longing inexplicably for subsistence farming, believe it.

Politicians have adopted the mantra; even some farming leaders, too. And here’s my favourite bit of the Our World in Data article: “Where do these claims come from? The honest answer is that we don’t know.” Sweet, as young people say.

Full marks and a respectful tip of the hat to Mr Monbiot for his very public admission.

He is a man of monumental influence, and perhaps his millions of disciples, ranging from the local-paper letter writers to the million-selling author churning out another farmer-hating tome, will drop this ubiquitous claim. We can but hope.

I’m going to give myself a pat on the back, too. I’ve lost count of the times I’ve invited soil catastrophists – through this column, on t’internet, in the pub – to visit Flindt Towers, to see its soils all where they should be, and still producing decent crops, hand-in-hand with chemical husbandry. The invite still stands.

Mind you, they might want to wait till it dries up a bit; the Malinois and I could hardly stand up on our evening walk as we squelched our way through the clay next to the Roe Hill pond, enjoying the gnat’s fart of extra daylight.

She must have wondered why I was grinning so much in the twilight. It’s been a great day, Sasha; a great day.