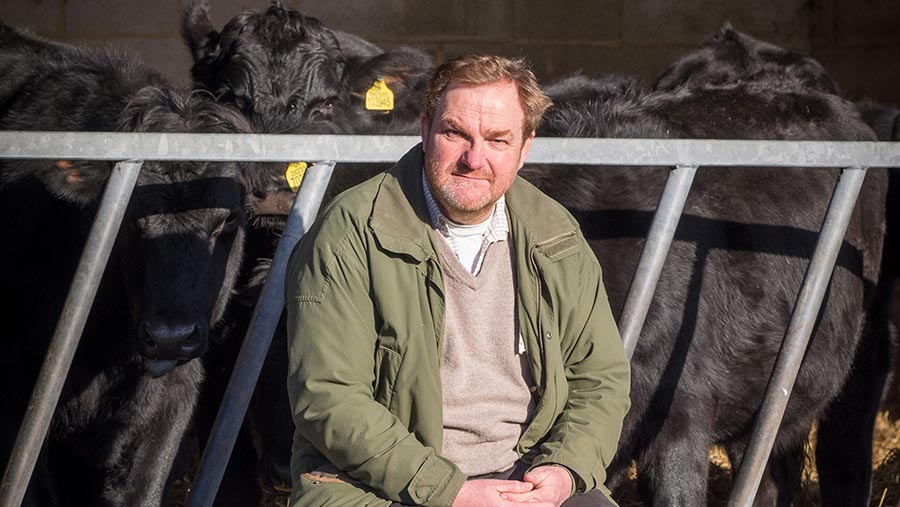 Well done everyone – we’ve made it through another Veganuary. Another month of outrageous claims, holier-than-thou protestations and downright lies.

I confess I’ve been following the debate closely and trying to engage with the vegan keyboard warriors who pile on to Farmers Weekly’s Facebook page as soon as a livestock-related post appears.

I’ve studied their arguments, and ignored their insults; but I’m still baffled. I’ve got so many unanswered questions. And as Veganuary draws to a close, here are my top five “vegacontradictions”.

These are made from plastic, which is made from fossil fuels. Why they should take pride from using fossil fuels when every other man and his dog are demonised for it, I don’t know.

Second: flexitarians. When I was an enthusiastic smoker, I would occasionally cut back from my normal 30-a-day to 10 or 15.

It made me slightly wealthier while it lasted, and may have cut 0.1sec off my legendary 100m dash at Alresford Rugby Club training, but one thing it certainly did not do: it did not make me a “non-smoker”.

However, people who cut back on their meat-eating are suddenly welcomed into the vegan fold and find their way oh-so-conveniently into the statistics. Let’s call “flexitarians” by their correct name: “meat eaters”.

Third: “We vegans have never said we don’t kill animals!” This is the final phase of any online debate, which typically goes something like this.

Vegans call meat eaters “murderers”.  We point out that vegan food production kills millions of animals. Vegans say: “Yeah, but x% of wheat goes to animal feed.” We say: “So you agree that (100-x)% of death-filled wheat goes to feed vegans, then?”

They say (after a moment or two): “Yeah but no but yeah but no but we never said we don’t kill animals!” They’ll still have a “meat is murder” pic on their home page, though.

Fourth: every year, we’re told that veganism is growing, an unstoppable force surging through society. Huge percentage increases are quoted, some of them using very dodgy maths.

Veganism is (apparently) a groundswell of philosophy that spells impending ruin for the worldwide livestock industry.

Last time I looked closely at the figures, however, we redheads still outnumbered vegans. And you never hear us going on and on and on and on about how special we are – and believe me, we are.

Who knows – by the time the next Veganuary lumbers tiresomely into view, I may have stumbled upon some answers to these contradictions. Trouble is, another whole bunch will have cropped up. Who’s going to eat the straw of an arable crop?

Where will all the other by-products of the livestock industry be sourced – and so on and so on. So many eco-questions, so few rational answers. Let’s just enjoy the rest of the year, free at last from Veganuary.