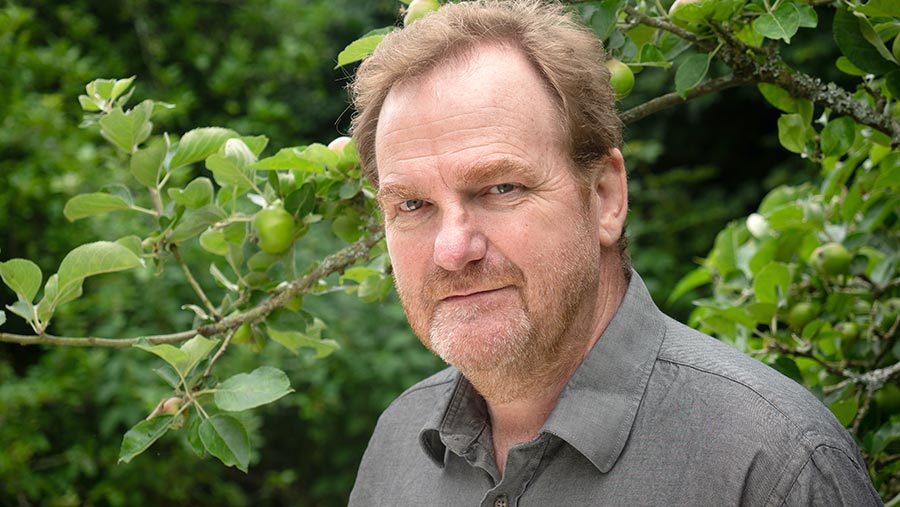 As a child, one of the highlights of the year was when Dad popped his head round the door to say: “We’re ploughing Rough Field!”

I’d probably have been working on my latest Airfix kit at the time, clumsily over-glueing the plastic pieces together, making a mess of the camo painting, and misplacing the “transfers” that slid awkwardly off their sheets after a soak in warm water.

The half-assembled model would be abandoned, because ploughing Rough Field meant a chance to get my hands on the real thing.

During the Second World War, a Fairey Barracuda had crashed there, and with each ploughing, up came a few more bits of aluminium – a goldmine for a seven-year-old like me. More precious relics would join my collection, perfect for winning bragging rights back at school.

By the mid-1970s, the craze for digging up crashed aircraft was in full swing, and a friend’s father visited Rough Field with his metal detector.

The needle wrapped itself round the end stop, and a JCB was booked for after harvest. In September 1975, everything was ready for the dig.

The man in charge thought he ought to tap local knowledge to check what, if anything, to expect. “I remember it well,” said one old boy. “It came over so low, the cows strangled themselves on their halters in the dairy.” 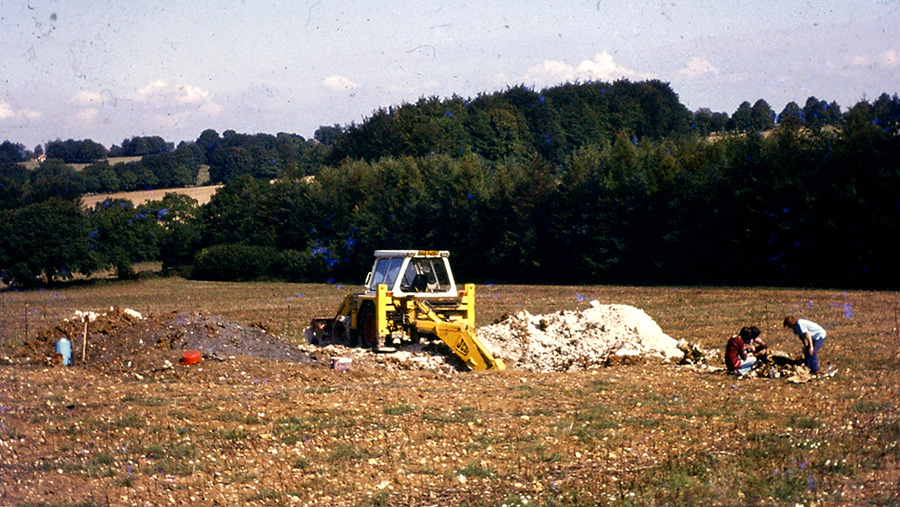 As the JCB worked its way into Rough Field, little was found, but there were signs of deep disturbance.

Fascinating and occasionally morbid bits and pieces were found: a Very pistol, a Lewis gun ammo drum, and a foot in a boot. (By the time the police rang at midnight, a “whole body” had been found, and they wanted to know why they hadn’t been informed.)

Finally, deep in the chalk, and in an absolutely vertical position (so much for the old boys’ memories), the engine appeared, beautifully preserved.

The salvage teams of the 1940s had taken what they could in haste, but left the magnificent Merlin in situ.

Our team, armed with the digger and a bit more time, successfully recovered the engine, put it on a trailer and whisked it away – we never knew where.

The BBC filmed a little report, the hole was filled in again, and the excitement was over. We thought we knew all there was to know.

All these years later, though, more details have trickled out, thanks to the internet and the perseverance of an ex-Navy pilot chum. The doomed aeroplane was a Barracuda Mk II, P9859 of 815 NAS flying from Lee-on-Solent.

It dived from 3,000ft during a fighter-evasion exercise on 13 November 1943. The pilot was 21-year-old Sub-Lieutenant Norman John Daly, RNVR, from Bromley in Kent.

We also know that Barracudas had a hideous problem with ether from the hydraulic system leaking into the cockpit, making pilots pass out in mid-air.

Knowing all that, how on earth do you acknowledge the sacrifice of a young man who died, not even in combat, but in an undignified and possibly unconscious vertical dive into a muddy Hampshire field?

Well, when we started our little rough shoot a few years ago, we named the drive that overlooks the crash site “Barracuda Drive”.

This season, when we get there, we’ll break out the sloe gin, raise our glasses in tribute, and get stuck into “Daly’s Drive”. It’s the very least we can do.