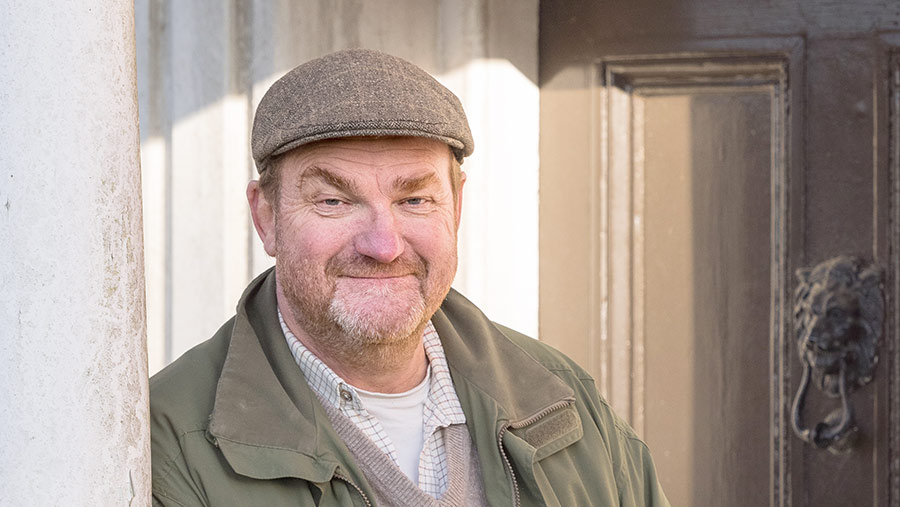 The good thing about a wet August (which are more common than you think – my childhood was full of keeping diplomatically away from a fuming father) is that it’s a great chance to have a bit of a rest, do some awkward jobs you’ve been putting off (greasing up the UJ in the combine’s unloading auger) and getting your head round plans for next year.

So, as the deluge poured over the small but National Trust-approved gutters (the old ones were bigger, but plastic, so had to go), I set myself a challenge: I’d sow the winter barley in Chalks Field this year using methods approved by what you might call “New Wave Farmers”.

You might also call them “woke” farmers, but that’s getting overused these days.

These new farming experts tend to have ostentatious hairstyles, speak carefully cultivated mockney, use the phrase “working with nature” at least every third sentence, are often from non-farming backgrounds, inevitably drive tattered Defenders, and – most importantly – have become the gurus for future farming policymakers.

To start with, Chalks needs ploughing – and we’re already in a sea of confusion. To some NWFs, it’s the very embodiment of evil, yet to others it’s the perfect chemical-free controller of weeds and soil improver.

One thing they’re all agreed on is that the soil must be moved uphill to combat soil erosion. The thing is, last time I ploughed it, I did move it all uphill, and we’ve had absolutely no soil erosion since.

Where is this perfect field, whose soil is washed exactly a furrow move’s width back down the hill between ploughings? It’s certainly not on this farm.

So if I plough it uphill again, I’ll be piling soil up at the top of the hill, and deepening the finishing furrow at the bottom, exposing the chalk subsoil – ploughing eco-sin No 1.

If I plough downhill, there’s every chance that a National Trust walker will come stomping across the field and attack the tractor with rolled-up copy of Countryfile magazine. It’s confusing.

The good news about Chalks is that the contours are relatively straight, and run the long length of the field. This means that when I sow it I can go across the slope (pleasing the NWFs – soil erosion again) and minimise turning time and headland overlaps (proper old-school thinking).

Mind you, it’s never as simple as that. The drill always drifts, 24m tramlines turn into 23m tramlines, and there’s inevitably chemical overlap – another terrible eco-sin.

Incidentally, if I applied the “follow the contours” rule to Drier field, I’d have bizarre U-shaped tramlines, with hideous associated overdosing and underdosing.

There’s even more good news about Chalks: due to a combination of negligence and mechanical breakdowns, I haven’t flailed the hedgerows along the top and the bottom for years.

They’ve grown to probably three times the size of what they used to be in the twice-a-year trimming days – and nothing pleases the NWFs more than huge, unkempt hedges.

But then I was reading a glowing tribute to one of the most prominent flail-hating NWFs in – of all places – The New Yorker online, and I discovered my plans for Chalks were all wrong: the “correct direction for drilling seeds”, it said, is “north to south”.

So I’ve got to plough uphill again without exposing subsoil, drill across the slope to avoid more soil erosion while magically dodging overlaps, but also drill north-south – which in Chalks is at right angles to the contours. Blimey.

That’s going to be some challenge. It’ll certainly make finding the grease nipples in the TC 5070’s unloading arm a doddle. Where’s my stepladder?