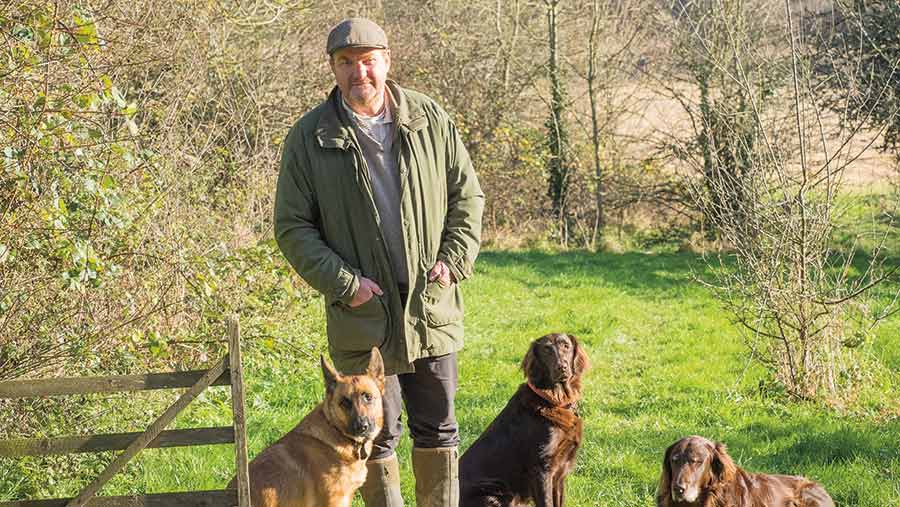 This may go against the cliché of the grumpy farmer, and you may not think I’m being sincere, but I have loads of time for the ramblers.

Why? Well, if I look out of my window on a fine afternoon, and see a group of walkers striding across a field, I can almost at once tell which tribe of yompers they belong to.

For instance, if there’s a large Audi parked nearby, there are “rescue” springers running loose, and the whole affair looks like it’s a photoshoot for a Boden catalogue, then I know it’s Hampshire White Settlers out for a bit of fresh air.

I know I’ve got an hour of ill-tempered argument coming up, littered with phrases like “But it’s only playing with the sheep”, “Don’t you know who I am?” and “Keep to the footpath? Me?”.

If the walkers are wearing flip-flops, trying to get a pushchair through a kissing gate, and are throwing poo bags into the sheep field, then I know they’re National Trust visitors.

They’ll probably be lost, but will welcome a nudge back to the correct path, and, given the chance, will love to ask all sorts of questions about farming.

The final group will know exactly where they are going, what rights of way they are going to use to get there, in the right clothes and with dogs all on leads.

They may be a bit intense, but they’re good for a chat. They are the Ramblers. And, until now, we’ve loved them. Unfortunately, that might be all about to change – and all because of the Sunday Telegraph.

Picture the scene: a typical Sunday morning. We’ve got up late, enjoyed a gargantuan breakfast and are now sitting down to the Sunday papers.

The faithful are being summoned to All Saints, Hinton Ampner, by the melancholy tolling of its solitary bell.

As usual, the Flindts resist the invitation – even in my youth, the only way Dad could get me into one of those cold hard pews was with a devious mix of threats and promises of ginger beer at Sunday lunch.

My Telegraph is a refuge, a safe space after a week of anti-country hostility from the BBC and The Times. In its broadsheet pages I know I won’t be demonised for being a Brexit-voting meat-eating farmer.

Alas, not so on a Sunday at the end of January. The Ramblers’ president Stuart Maconie was interviewed about “Britain’s lost paths”, and the race against time to “save them”.

What was slightly unnerving was the definition of a path – or, rather, a lack of the lack of definition.

The key phrase on the Ordinance Survey maps – “the representation on this map of any other road track or path is no evidence of the existence of a right of way” – becomes irrelevant if there’s no evidence, on the map or even on the ground, of a path.

Anyone could walk anywhere, claiming it’s a “lost path”. And they will now. There may, as they say, be trouble ahead.

Mind you, that was nothing compared to Mr Maconie’s bombshell about access to private land. “We do have rights,” he said, “to cross it in order to get to places that we want to be.”

This rewriting of countryside law came as a bit of a shock to me, and there was a volley of half-chewed Crunchy Nut Cornflakes across the farmhouse table.

And my language – well, let’s just say it was most un-Sunday like, and warranted at trip to Hinton Church for atonement – with no ginger beer afterwards. A fine friendship with the Ramblers, like my Sunday morning, ruined.