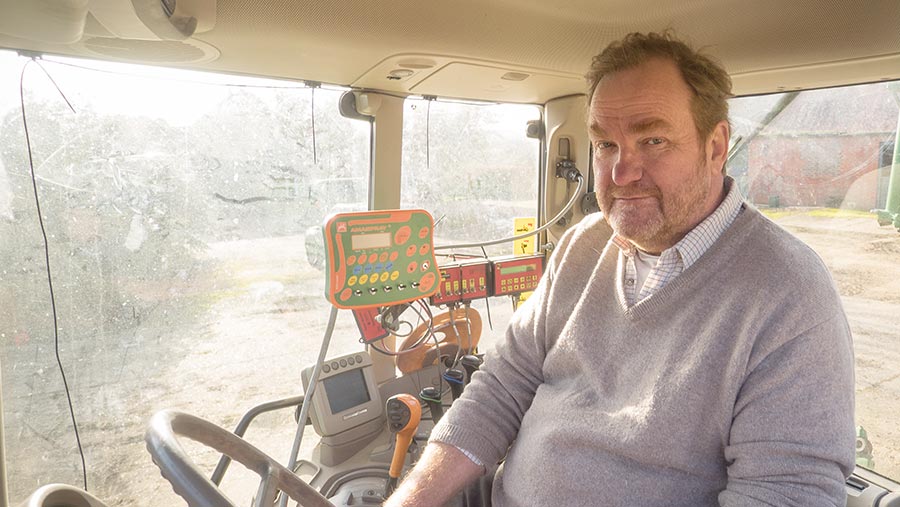 Six weeks ago, one thing was certain. Cast in stone. A sure thing. Nope, my mind was made up, and there was nothing – nothing, I tell you – that would change it: we weren’t growing oilseed rape again.

After 11 months of drilling, re-drilling, slug pellets, and spraying insecticide produced 44 acres of crop out of an original 80, that was that. Done and dusted. And that’s my final word.

So it seemed odd to be sitting in my tractor on a wet August weekend, with my little Horsch on behind, trundling backwards and forwards across Drier Field, sowing oilseed rape. How on earth did we get to this?

Well, it started when we went out and combined those 44 acres of OSR. They yielded quite reasonably, especially the little field that hasn’t had OSR for a couple of decades. (It was enough to start planning an all-new 20-year rotation.)

It helped that the Hangar ended up being re-drilled with spring barley, and the complete loss of OSR in that field was airbrushed, like childbirth, from the memory.

And then – call it force of habit, or being stuck in my ways, or sheer agricultural autopilot (although Einstein would have called it madness) – I looked at the pile of seed, grabbed a bucket, and put a couple of hundred seeds on a wet cloth on the Aga. Near as damn it all of them grew.

Just under half a ton went into an old seed bag, then into the back of a van, and then came back in shiny clean 25kg paper bags; no treatments, no stimulants, just a (relatively) cheap-as-chips re-clean and bag.

The spring barley in Drier Field had been baled, it had had a dose of Roundup, it was another field that hadn’t seen OSR for many years, and the wet weather meant no combining for a couple of days. In theory, it was a no-brainer.

I mulled it over with Tod the Cropdoctor. Shall we? Should we? The beetles are still out there.

They were in the trailers, on your boots – there were so many in the lorries I half expected to see the live animal transport protesters out in force blockading the entrance to Trinity Grain. (Soap dodgers vs IH Transport’s head man – I’d pay good money to see that.)

And talking of soap – there were two beetles in our bathroom sink one morning.

We decided it was too good an opportunity to miss – but we’d try a new seed rate policy, provisionally titled “Give ‘em all they can eat”.

It’s based on the fact that the volunteer crop in the old fields looks splendid, and the only possible reason for that is that the seed rate is too much for the beetles to handle. And no – it’s not because the beetles somehow know the difference between “sown” and “volunteer”.

So I dug out the old CO3 and calibrated for 10kg/ha. The Horsch decided to join in with the new high seed-rate policy and, in a display of elderly incontinence (we’ll all be there one day), actually sow the first third of the field at 15kg/ha.

I reversed the slightly-perished rubber seed flap, and the rest went in at the planned rate. The ideal three-day August job while the combine stands idle.

It wasn’t the perfect seed-bed. But it had a good rain and a roll, and we await the results. It might get away and be worth the effort. It might not.

Doing the same thing over and over and hoping for different results? That’s not madness, Mr Einstein – that’s farming.