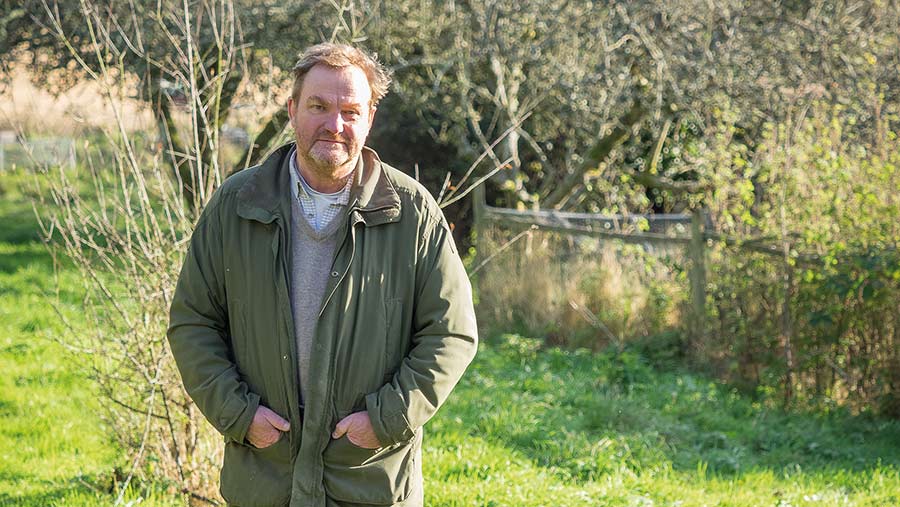 I hesitate to start on another tale of a jolly farmer talking to complete strangers, because it’s beginning to make me look like the rural version of the man who sits next to you on the almost empty bus and says: “I’ve got a UFO in my pocket.”

But yes, I’ve been chatting away again and, as usual, it was worth every moment. No applause this time; instead I was treated to a brief but comprehensive rundown of the geopolitical and social aspects of agriculture between the Black Sea and the Urals.

There was a break in the rain. I needed to get away from redrawing the 2020-21 cropping plan (yet another “no drilling til January” version), and Sasha the Malinois needed a break from the heap of idiotic flat-coats who torment her all day. So we two went for a walk.

We set off across Chalks, quite surprised at how firm the undisturbed light ground still was, and headed for the footpath. Sasha forged on ahead, keen to do her nasal barcode reading of all passers-by since we were last there.

Ramble in the brambles

As we approached Clump copse, she froze. There was a figure, deep in the undergrowth at the edge of the trees. I called Sasha in; whoever it was did not need the full Mali welcome.

It was someone waist-high in the brambles, gathering the last of the bounteous blackberries, so I stopped for a chat.

We commented on the stunning wild harvest this autumn, and I did a comedy moan about mine.

She turned out to be from the local multinational school, and I just had to ask where she was from originally – the accent was stunning. “Southern Russia” she said. “Where all the politicians and their friends take their luxury holidays.”

“Ah,” I said, “and where the farmers are going to put me out of business!” She looked confused. I explained that, for as long as I’ve been farming, and for a good few years before, I’ve been told that the farmers on those rich deep soils would get their act together soon, and my little bit of central Hampshire wouldn’t stand a chance.

I must say that this lifestyle sounded splendid to me, and isn’t a million miles from what we’ve been doing for the last few wet weeks but, sadly, without the drinking.

Walk on the wild side

We then chatted for a few minutes about this farm, and how beautiful it was in the weak and brief October sunshine – particularly from the high ground where we were standing.

“I just love walking here,” she said. “I love walking these paths at night. I can do it safely here.” It was my turn to look confused. Could she not walk alone in the dark where she came from? “No. Never. Too dangerous!”

I left her to her blackberrying, summoned a very bored Sasha and headed home across Roe Hill. The water was still lying out there, the sun had gone and more rain was hurrying up from the south-west. 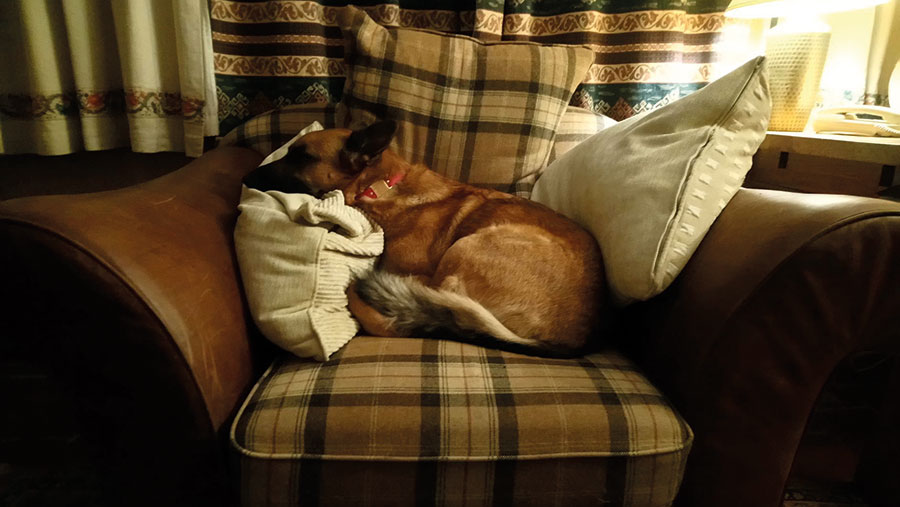 Sasha settles down for the evening © Charlie Flindt

It was time to head indoors for me to do more research into whether barley seed will last another winter in its bags. Sasha evicted the idiotic flat-coats from her favourite armchair and settled down for the evening.

I had plenty of food for thought from that little chat, and despite the wind and rain that had now arrived, I was just a little more jolly. And I never even mentioned my UFO.