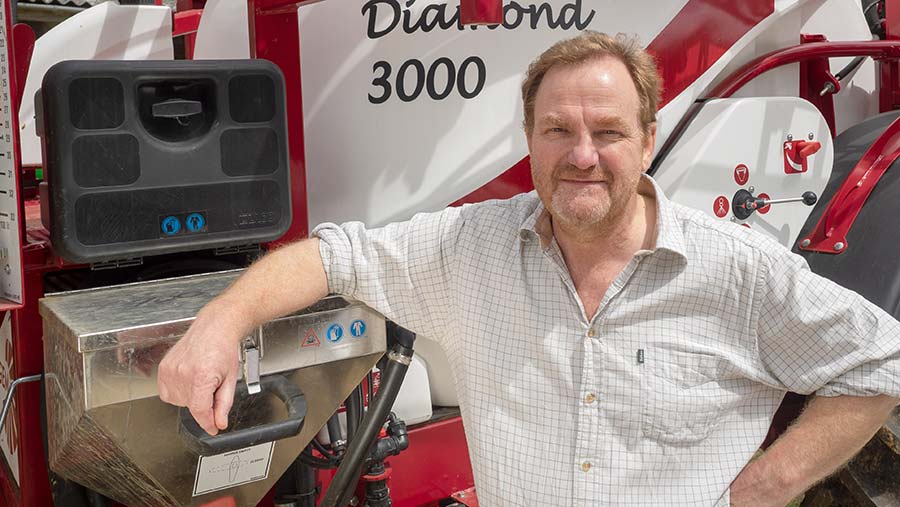 Some years ago, Farmers Weekly ran a series of articles from a nameless spray operator highlighting how a sometimes difficult job wasn’t made any easier by the Fort Knox-style packaging that surrounded the product he was trying to apply.

“Sprayerman” – as he called himself – would choose a selection of agrochemicals and grade them on how easy (or not) it was to get them out of the box and into the tank. All other features (price, efficacy and so on) were, to him, irrelevant.

I thought of the legendary but neglected “Sprayerman” the other day, and his brilliant, witty and incisive work, because it was pre-emergence herbicide time again here at Manor Farm – this time on the spring beans.

They had gone in almost perfectly, and the job would have been rounded off nicely by getting the weedkiller on early, well before the little green bean shoots popped up.

It was all going so well. The weather was right, the paths were deserted, the soil was moist and so it was time to fill up and get out there.

In went half a tank of clean water, and in went a large batch of more bright yellow stuff. (Not the same as the one from a couple of weeks ago, but still equally yellow.)

Then, as the level in the sprayer tank rapidly approached “full” (there’s nothing like new diaphragms in the six-cylinder pump), I reached for the last chemical to go into the mix: four 1-litre cans.

A doddle, you might think, after the bulky yellow cans.

Alas, no. Off came the lids, revealing the old-fashioned seals. “That’s fine,” I thought. “I’ll just turn the lids over and use the notch to… to… er…” But the notch didn’t touch the seals.

No matter how hard I twisted, or pushed down, the seal remained untouched. And all the time, the tank got fuller.

So now I was looking round for something to cut the seal with – something sharp that just happened to be lying around my filling station. But there was nothing.

Hazel had done another brilliant tidying job recently, so there were no hacksaw blades, screwdrivers or combine sections. The only solution was the sharp knuckle punch, followed by the tearing away of the seal pieces.

Having opened and inverted it, I was about to fling the “empty” can into the recycling bag when I realised it seemed a bit bottom-heavy.

Closer inspection revealed that the bottom third of the can was full of a gooey sticky paste that had defied the washer jet.

When it finally did flop its way out of the can like an enormous white bogey, it had to be poked and prodded through the grille of the hopper with a stick sourced from the shrubbery.

Oooh, I was cross by the time I finally climbed into the cab and set off for Chalks field. After all, we spray operators do our bit: we take the exams, gather the points, and test our machines, but the chemical manufacturers can still send out inaccessible snot-in-a-can that makes us reach for knives and sticks to get the job done.

How cross was I? I was so cross that I managed to misread the pre-em markers in the beans and install a whole new set of tramlines 6m away from where they should have been.

I rang the agronomist for a moan. Would it be fair, I asked, to name Albaugh Europe as the manufacturer? He didn’t think it would be diplomatic to do so. And after all, “diplomat” is my middle name. Or is it “Sprayerman”? We’ll never know.