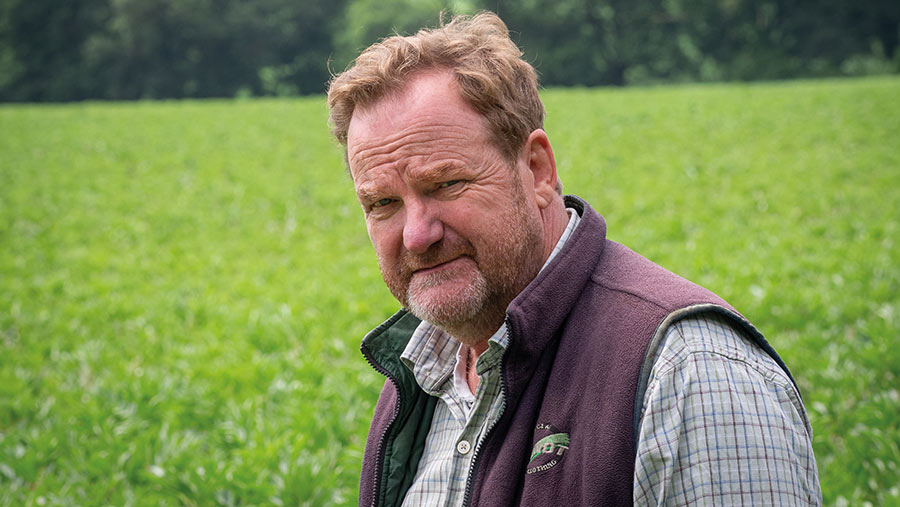 One of the many joys – nay, privileges – of farming is coming to someone’s rescue.

The lady land agent, lost and lonely on Bramdean Common with a flat tyre. Next door’s teenager stuck at the bottom of the hill in the snow.

The thatchers needing their water reed brought down a tiny lane inaccessible to the container that had brought it from Turkey.

The white settler needing help with a fallen tree – and the quicker I got it done the less his chances of doing himself serious mischief with his new chainsaw.

See also: Earliest ever barley cut for farms as harvest picks up pace

They’re all an opportunity to do something different for a few hours and, more importantly, do your bit for farming’s image and reputation; there’s usually a topped-up tab at the Flowerpots (NB, snow-bound teenager).

That’s not why we do it, of course. However, I fear I may have put a monumental spanner in the feelgood works.

Hazel was busy on the phone in the yard getting some hay deals sorted out, and I was in the kitchen preparing for a monumentally important meeting with the landlord. And when both of those jobs were done with, I was off mowing (a full day needed to do 15 acres with a 6ft drum mower), and Hazel was off to do some bookkeeping at the racing stables.

In short, our day was planned. It doesn’t happen often at this time of year, but we had a timetable, and we weren’t afraid to use it.

The Malinois then went berserk at the back gates. Odd, I thought; I haven’t heard anyone come in. I popped out to see what was on. Hazel was still on the phone, but was being crowded by two tall young men. She looked nervous.

“Can I help?” I asked the pair of young gentlemen, hauling Sasha back by the collar so I could get through the gate. (Easier said than done, now she’d picked up Hazel’s vibes.)

One of them explained to me – in broken English – that they were delivering stuff for the big wedding just down Hinton Hill. Their lorry had driven onto the sloping slippery grass and was now stuck. “We need to be towed out,” he finished, with a big grin.

My instinct was, of course, to jump at it, and spend the morning exploring the remote and scary north of Hinton Ampner (some say they have two heads down that way), but I managed to stop myself. “I’m terribly sorry,” I explained, “I can’t. I’m busy.”

“But they said you’d help!” he said. I asked who “they” were, and he gestured vaguely down the lane to the cottages. He exchanged words with his non-English speaking mate, and the tone wasn’t pleasant.

I could tell, Sasha could tell, and was front paws up on the gate, sounding off again. I explained that any other day, I would. But today, I just couldn’t. Sorry.

“But those are your tractors,” he complained, pointing the other way, towards our backyard, as if that meant anything. I wasn’t reassured by the revelation that he’d obviously been round the back having a look.

Hazel was off the phone by now, and two cross Flindts and a frothing Mali finally got a very simple message across. “Look,” I said, slowly and firmly. “I’m very sorry, but today I cannot help you. We. Are. Busy.” There was more incomprehensible muttering, and they set off back through the village.

I dread to think what the episode did for farming’s reputation. Decades to build it, moments to ruin it. I won’t be checking my tab at the Pots on Tuesday.