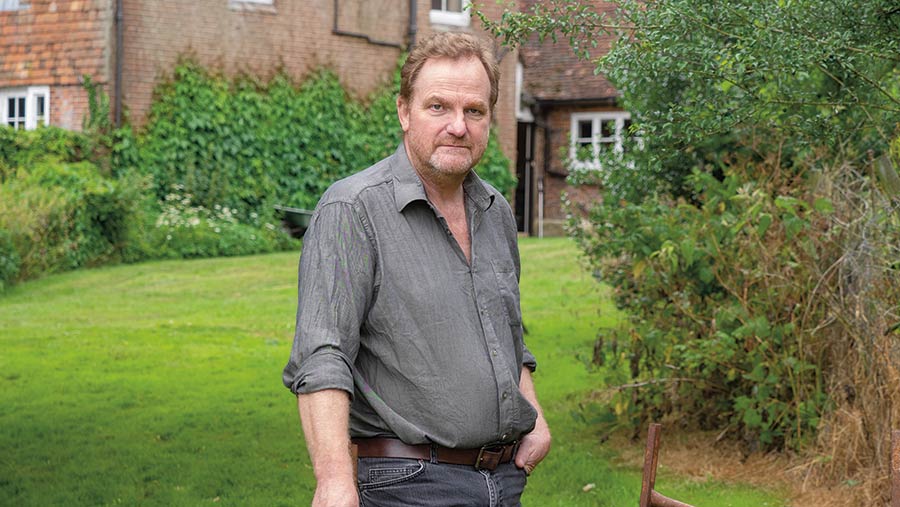 This September’s West Meon Hut Rural Auction – or, to give it its correct name, Crap Sale – was an occasion of considerable sadness for me.

It should have been the perfect day: the farm was too wet to do any farming, so we had a jolly few days digging crap out of the bushes, giving it a pressure wash and a hint of grease, and trundling down to the auction field.

The Saturday stayed dry, and the burgers and coffee were top-notch. The punters were in and buying – the car park was chock full of Transit vans that on any other day of the year would have had you reaching for your phone. So what was wrong?

Well, for a start, Tom, the head auctioneer, had forgotten our agreement.

Earlier in the year, he’d demanded to know why we didn’t make more use of his Crap Sale.

I ummed and aahed about having to clamber through brambles and getting drenched and is it really worth it – all the usual stuff.

So it was suggested (after a pint or two) that if I entered half-a-dozen items, he’d do the auction in his morning suit and top hat that he’d been spotted wearing in the winner’s enclosure at Ascot.

I took it further; how about I enter a dozen things, and the lovely Mrs Tom waves the sale clipboard in her fabulous Ascot frock? Agreed.

So by the time all the old clay pigeon traps, vintage scales, roller mills and square-wheeled trailers made it down the Crap Sale field, I’d done my bit.

As we hitched off the last bit of dodgy kit on the Friday, I asked Tom what he’d be wearing in the morning. He said he had a good coat if it rained.

I gently reminded him of our agreement. He hurried off across the field in a harrumphing flurry of sale stickers and obscenities.

Sure enough, come Saturday, our bet had been abandoned – he was in traditional Crap Sale garb.

The lovely Mrs Tom, disappointingly free of Gucci, said she’d laid out a suit and a tie for him, but it had made it no further than the end of the bed.

And I had my camera ready and everything.

The great prices did little to cheer me up. The 10ft Vibraflex reached what it must have cost Dad back in the early 1980s (there’s one for the accountant to sort out), and its days of achieving a better price on new kit if the dealer didn’t have to take it as a trade-in were finally over.

When the heavyweight vintage scales went for peanuts, there was a ghostly tutting from Hinton Ampner churchyard.

I happened to be in the wash-up queue with the sturdy gentleman who had bought the scales (now neatly packed on his Transit pickup), and bored him with stories of long winter days weighing off beans, 1 cwt at a time, for sale to pigeon fanciers.

“Don’t worry” he said. “They’ll end up in someone’s garden, much loved, with a big pot of flowers on them.” Bless. I didn’t dare ask what he’d sell them on for.

The next morning, as I retrieved the Massey 715 4f plough that had inexplicably failed to sell, I collared Tom again, and told him how disappointed I was.

He mumbled about small ploughs being hard to shift sometimes. “No, Tom. I mean our agreement.”

“Next year, Charlie, I promise,” he said. Trouble is, I’m nearly out of crap. I’ve got the plough, of course. And there’s a Lancaster bomb trailer somewhere.

Oh well, back into the brambles we go.