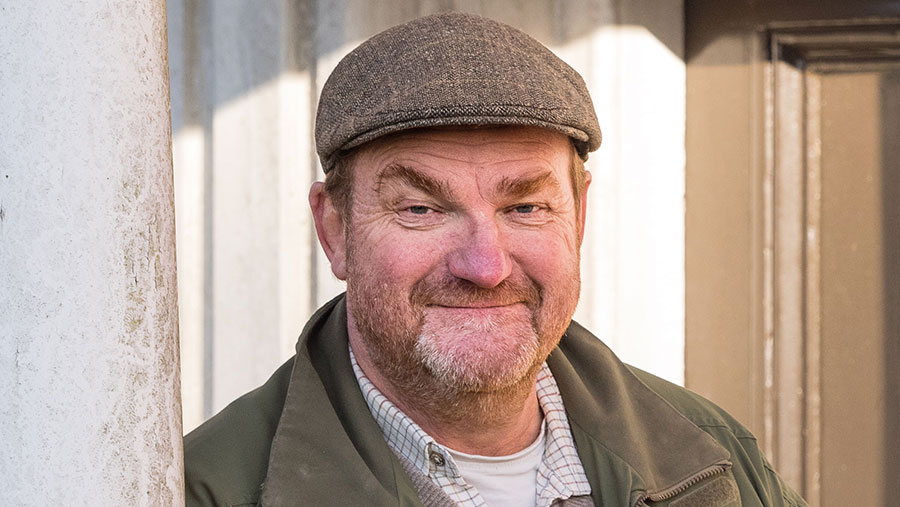 In the opening pages of his bestselling farming book, a local author lists 10 bits of wisdom. Among them is: “Once a month, do something that baffles your neighbours.”

Well, I certainly tried that the other morning, as I unloaded a huge container of Turkish thatching reed and stacked it chaotically around the yard.

It had all started when the world’s dodgiest double-cab Transit cruised past the gate, with a couple of burly-looking fellows straining their necks to look in.

We all know what we do in these circumstances: get in a right muddle with the phone, trying to select “camera” and simultaneously dial 999.

The green LHD Transit did a slow U-turn and headed back my way, so I pocketed the phone and headed out warily to intercept it – trying to memorise the curious numberplate at the same time.

Do me a favour

Five minutes later, I had a new Polish best friend and a job commission. One of the most historic farmhouses in the parish has been bought by someone with mighty deep pockets, and is having a once-in-300-years refurbishment.

The Transiteers were the thatching gang, and they had a technical problem. The tiny lane leading to the farmhouse is a challenge for even a large van, so an artic with a mega-container wouldn’t stand a chance.

Would it be possible – they asked – to send the lorry to my yard, unload it with our tractor, and shuttle the reed down to them on a flatbed trailer?

I’d reached the late spring stage where any excuse to not drive the sprayer for a bit would be welcome, even if it was only for a morning, so agreed to help them out.

Phone numbers were swapped (once I’d cleared the two nines off the screen) and some provisional timings were agreed.

Reed all about it

Early on Friday morning, a huge lorry rumbled into the yard, executed a neat 180, and parked up with the back towards the loader tractor.

I congratulated the driver on making it past the multitude of badly parked cars that now line Hinton Hill, but he was too busy finding his huge bolt croppers to take any notice.

A couple of moments later, the back doors of the container were open, and my paranoid suspicions that I’d fallen foul of a huge illegal immigrant scam proved unfounded; it contained nothing but reeds. 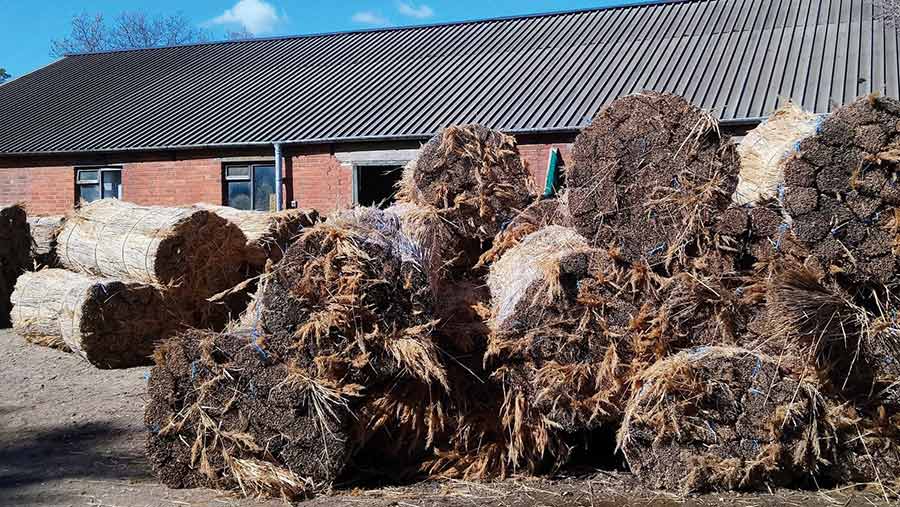 Shame really – Sasha the Malinois would have loved some hardcore rounding up.

Once we’d decided on pallet forks as the most suitable tool (the grab didn’t open wide enough and the bale spike is a singleton), the job went very smoothly.

I felt sorry, though, for the lads rolling the huge bundles from the front to the back as the load got lighter – and the lorry was on its way back down the hill in no time.

The Transiteers headed off down the lane to the building site and I started my shuttle runs.

By lunchtime, my yard was clear again and I was back in the sprayer, feeling slightly refreshed for having had a bit of change of activity – and a long discussion about the merits of a pick-up hitch with my new Polish best friend, who obviously had a small farm back home.

As for baffling someone; new neighbour Kate ambled over with the world’s soppiest collie at one stage to ask what was happening.

“Well, I never!” was about as animated as she got after I’d explained the goings-on, and she and the lovely drippy dog continued on their morning walk.

I’m not sure that that qualifies as “baffling the neighbours” – but it will have to do.