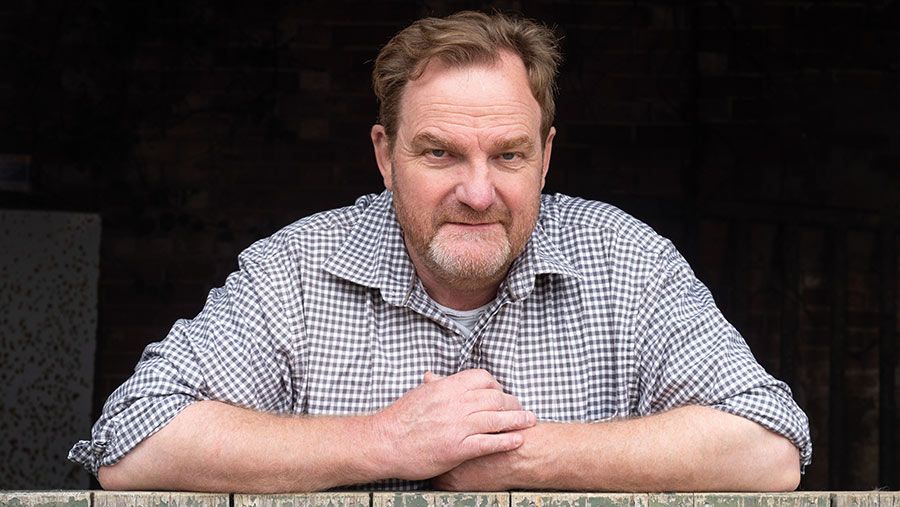 It’s the middle of January, the Quality Street tins are empty (except for the ghastly coconut ones, of course), the days are getting noticeably longer, and I’m getting itchy tractor fingers.

For the first time in three years, I’m not playing arable “catch-up”; I haven’t spent Christmas and New Year wondering if the days are dry enough to get a few more acres of winter wheat in.

And a very nice feeling it is, too, strolling through an empty seed barn.

The forecast is good (although that usually means 6in of snow is on its way) and we’ve just placed the order for glyphosate and spring barley seed – you can guess which one had me checking the overdraft limit.

I’ve got a nearly new Deere still waiting for its “run-in” service and some big long-turn fields awaiting my attention.

There is another reason I really want put in some “field miles”: I did a lot of “road miles” over the Christmas break, and they’re just not fun anymore.

I hate to sound like a petrolhead who has just turned 60, but there was a time when a long drive across the country was an utter joy.

Take the trip up to uni: A selection of A-roads and dual carriageways to Daventry, then mostly motorways up to the land of stotties and Amber.

These days, the A-roads are clogged with 56mph lorries and seemingly random changes in speed limit, often with cameras to match them.

But a modern A-road seems like a beacon of sanity and common sense once you get on to a modern motorway – or “smart” motorway, as we must call them.

It probably doesn’t help that my formative motoring years were done in Alfa Romeos, but I’m the world’s biggest fan of the hard shoulder, somewhere to go in the event of a breakdown. But hard shoulders are no more.

Some bespectacled wonk at the Department for Transport worked out that turning the hard shoulder into an extra lane would boost road capacity by 33%. (They seem to have forgotten that traffic always expands to fill lanes available.)

He (or she) failed to appreciate that cars break down – even non-Italian ones. He thought that occasional “refuges” would suffice.

Call me old-fashioned, but my definition of “breaking down” involves a car that’s often unable to reach the next “refuge”.

But we now have bizarre radio adverts featuring a cheery ditty imploring us (to the tune of Go West by the Pet Shop Boys) to “go left”, where safety will be assured by lane-closing CCTV camera operatives.

Hmmm. We must then climb over to the passenger door and jump out. Something tells me these wonks have never seen me get out of the driver’s door, never mind clambering over to the near side.

There’s another flaw in this plan: lane discipline seems to have been abandoned in the past couple of years. Moving left into another lane is now the riskiest manoeuvre imaginable.

Chances are there’ll be a Mercedes with blacked-out windows and a fuzzy personalised plate screaming up your nearside at breakneck speed.

That may explain why lane hogging is now the norm rather than the exception. My motorway cruises were somewhat challenging.

So I’m quite looking forward to 160 miles’ worth of spring drilling. It’s true that I won’t actually go anywhere, but it’ll be relaxing, and the only unpredictable beasts clogging up my nearside mirror will be seagulls.

Best of all, there’ll be no need to go anywhere if the Deere breaks down. Which reminds me; must book that service.