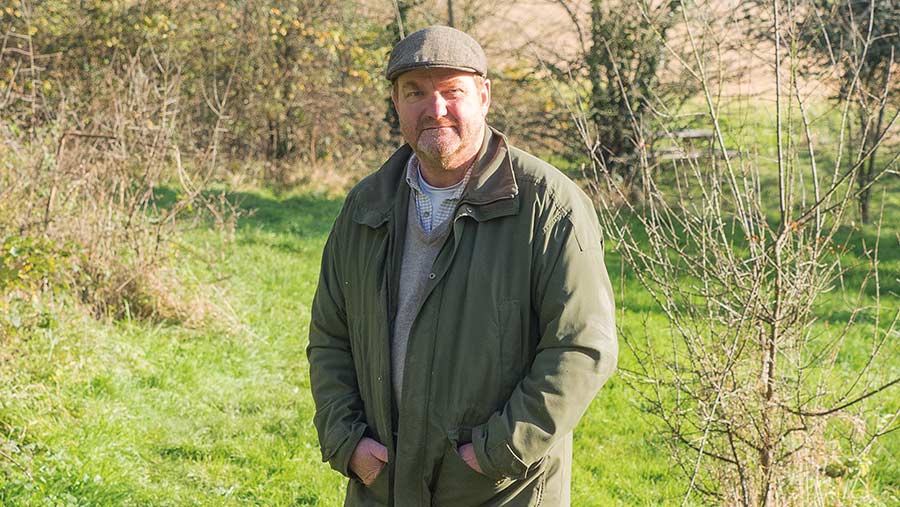 Here’s my suggestion for a brilliant new nature/human interest/drama TV programme: Springer Watch. It would be similar to the BBC’s Springwatch, but somewhat less fluffy.

It would bring an accurate picture of how out-of-control dogs – yes, mainly springers – are wreaking environmental havoc on the countryside.

Such is the seriousness of the matter, even the National Trust has been known to put up signs saying “Loose dogs destroy ground-nesting birds”.

It’s an issue that goes completely unnoticed by most dog owners, and it hasn’t got any less of a problem since lockdown, during which dog ownership somehow and mysteriously became compulsory.

It’s pointless explaining the plight of lapwings, or the concept of “secondary predation”; it’s like chess to a chicken.

Springer in the barley

And what was my inspiration for this idea? Well, I was on my way to the fertiliser tank a couple of weeks ago to draw the last load of the day, when I spotted yet another brown-and-white canine blob hurtling over the spring barley.

I stopped the tractor at the junction to await the owner and have a little chat with them. But owner there was none.

The dog got closer and closer, and stopped a few yards from me. It looked shocking – a bag of bones, tired, scared, and desperate for water.

I stopped looking for a walking owner, and instead scanned the lanes for a white Transit, speeding away from dumping a bitch who had outlived her usefulness on the puppy farm. But Transit there was none.

After five minutes of gentle cajoling, I managed to get the dog to come to me. She had a collar but no tag. I rang Hazel, who came down to the yard.

“I think I know that one,” she said. “I’ll pop it into the vet’s – they’ll have a scanner.” We agreed that if it was another stolen/breeder dog, the chances of a chip still being there were remote.

I was home shortly after that, and put a photo up on social meeja. The jungle drums started beating, and several Facebookers claimed they knew the owner – but were oddly coy about naming a name.

I pointed out that whoever the owner was, they should hang their head in shame at the condition and antics of their pet.

I should have known. The magic virtue-signalling word that means that all the hard work that should be part and parcel of springer ownership is now entirely voluntary.

Meanwhile, over at the vet’s, a chip was found, and it confirmed the owner’s name. It was a local, and I’d had words with her before about the dog hunting every square inch of the farm. She looked at me as if I were mad. Did I not know it’s a rescue?

She graciously rang later in the evening to thank us for finding the dog.

She’d been out cycling through the Trust woods with the dog running loose, and it had gone off after a pheasant, because it does that, so that wasn’t really her fault. And did we know it was a rescue?

Our goodbyes were as civilised as necessary, but somewhat cool.

What’s not to like? And the best thing is, you could film a new episode every flipping week.

Somehow I can’t see the BBC running with my idea, though. Luckily, I have another: Celebrity Gets a Bloody Haircut. Week one: Tomasz Schafernaker.