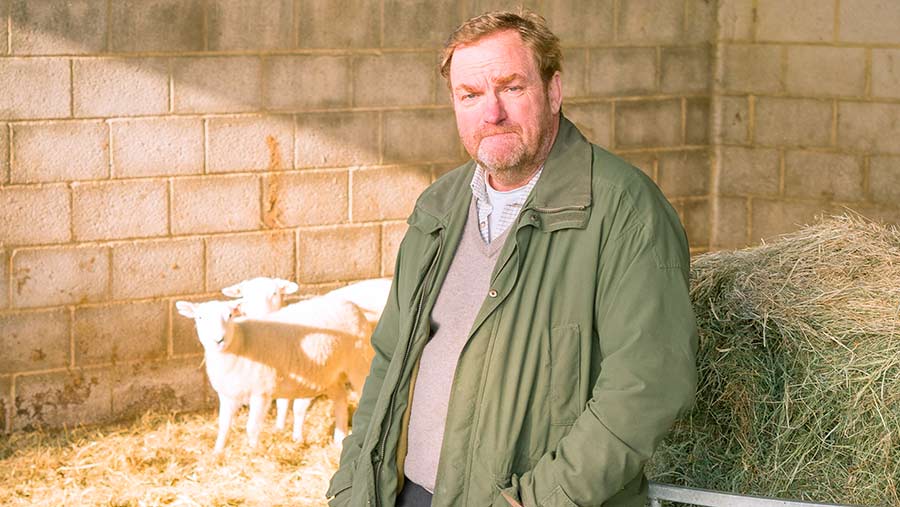 After 25 days of almost continuous and frantic tractor driving, it’s easy to forget the madness going on in the outside world.

It’s best to keep the radio off, ignore the papers and keep staring hard through that dusty windscreen. It has been a month of Groundhog Day-style stunning weather, early nights and bogies you could mend potholes with. Farming heaven.

And then, quite suddenly, there was a curious moment.

See also: Read our coverage of how the coronavirus is affecting farmers

I was getting to the end of the spring beans, which, under Cropping Plan M (version vii), were going into three smallish fields, each one miles from the others.

I finished Cheyney late one afternoon, topped up the Horsch with seed, and trundled all the way to the Hangar. I marked out a 20m headland and sowed a few turns. It’s always nice to sleep on a started field.

After a five-minute turbo-cool, I shut down, gathered my gilet from behind the seat (I’d need it in the morning) and my Thermos, and set off for the yomp across Springshot pasture to Cheyney to pick up the loader and trailer.

Halfway up the hill opposite Hinton Ampner House, I reached the odd little plateau which – it is said – was dug out centuries ago as a “viewing platform” from which the owner could show off his property to his guests.

It was just the place for a sit-down (checking for sheep poo first) and the last cuppa from the cooling Thermos.

The evening was glorious. The sky, once again, was completely free of contrails, clear as clear can be. I made a note to check on the International Space Station fly-over times, and whether Comet Atlas was naked-eye visible yet.

The evening was also silent – if you ignored the sooty lambs playing zoomies round the trees, and their worried mothers trying to track them down.

No aircraft noise – we are, or were, under Southampton Airport’s flightpath, but the drone of descending Dash 8s has gone. No bikers on the A272, deafeningly gunning it up Harnham Hill for no one’s enjoyment but their own.

The evening was deserted. No walkers or cyclists along Dark Lane. No visitors or gardeners at the house the other side of the valley. No one. Just me, my tea, and legions of long-legged lambs.

A swathe of several hundred acres of normally-busy central Hampshire, presented, by circumstance, for me and me alone.

When was the last time such a scene could have been enjoyed? Go back a few decades and you’d lose the infernal bikes and return to the days when Southampton Airport was a Nissen hut and a strip of grass.

The noise of public transport would have been reduced, but the farm would have got busier. There were four men here in 1984, and Dad took on 11 in 1959.

Take that time machine back more decades – centuries, even – and a run of stunning spring weather would have seen fields heaving with manual labourers, even at this late hour of the day.

It dawned on me that what I was witnessing was unprecedented and unique – and, it has to be said, slightly unnerving.

It wasn’t just the arrival of the dew line, creeping up from the Springshot valley, that made me shiver and slip on the gilet. I offered the dregs of tea to the soil gods, finished my walk to Cheyney and headed home.

I never got to see the unusually bright space station that night. A bite to eat, a quick shower, a nose blow that registered 3.4 on the Richter scale, and I was asleep by 9:15. Curious times, indeed.