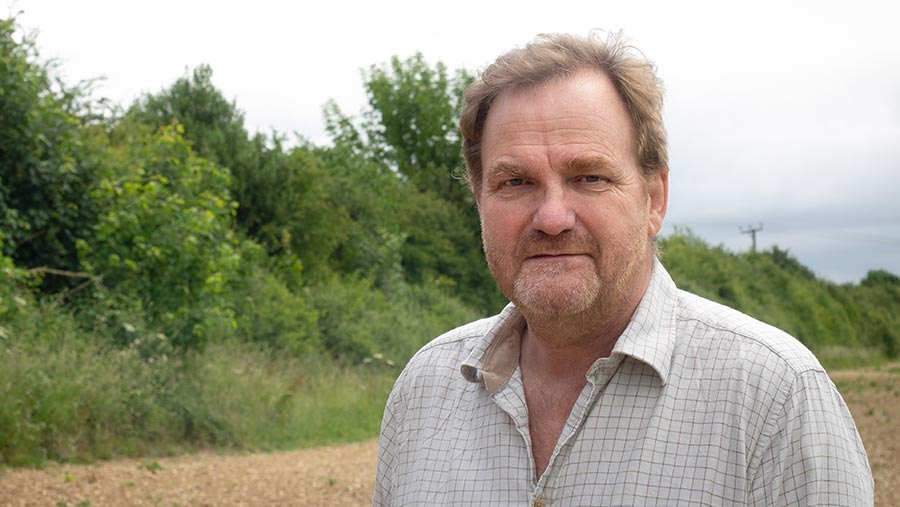 Hobbies are important. As you get older, and the ones that featured gum shields and broken noses or bits of willow and sweaty keeper’s inners become nothing but memories, it’s important to pursue and cultivate new ones.

Recently I came across something that allowed me to indulge in four of my favourite pastimes – internet shopping, AGA envy, farm history and impersonating a James Bond villain – all at once.

Like thousands of farmers, we pulled out of Entry Level Stewardship (ELS) and opted not to enter the modern equivalent – the bewildering paperwork and conditions put paid to it.

But, over the years, the hedges have got away, and numerous passes with the hedgecutting flail left a hideous mess.

On eBay I found the perfect solution: a saw blade attachment. The briefest bit of Internet haggling knocked a bit off a very reasonable asking price.

The hard part was persuading my bank to enact the CHAPS transfer (we’re very old fashioned): did I know the seller? Had I seen the goods? Was I being pressured to pay? No, no and thrice, no – but well done to NatWest for being on a very stubborn fraud watch.

A couple of days later, I was sitting in the seller’s huge farmhouse kitchen in the wilds of north Oxfordshire, admiring a spanking new (compared with our ’59 model, anyway) AGA, and having earnest conversations about the merits of different fuels.

I was also drinking lots of tea and demolishing a huge heap of cake, but that’s not a hobby, it’s a lifestyle choice – not to mention a vital piece of any farmer-to-farmer business. I burped my way back down the A34 with my new toy.

Back in mid-Hampshire, it was time to fit it to the arm of the hedgetrimmer. As usual, nothing was straightforward, but once I’d sourced a couple of 1in BSPP swivel female/¾in male couplings, I was connected up and ready to go.

As the blades almost silently whirred into life, I felt the urge to laugh manically and hold the world to ransom. A minor chord with a rising fifth popped into my head.

But Cain the cat, who had – until the engine started – been watching me from the tractor wheel-arch, refused to be my evil sidekick, and asking Hazel if she fancied being Pussy McSnogfest resulted in a smack round the back of the head that still throbs. 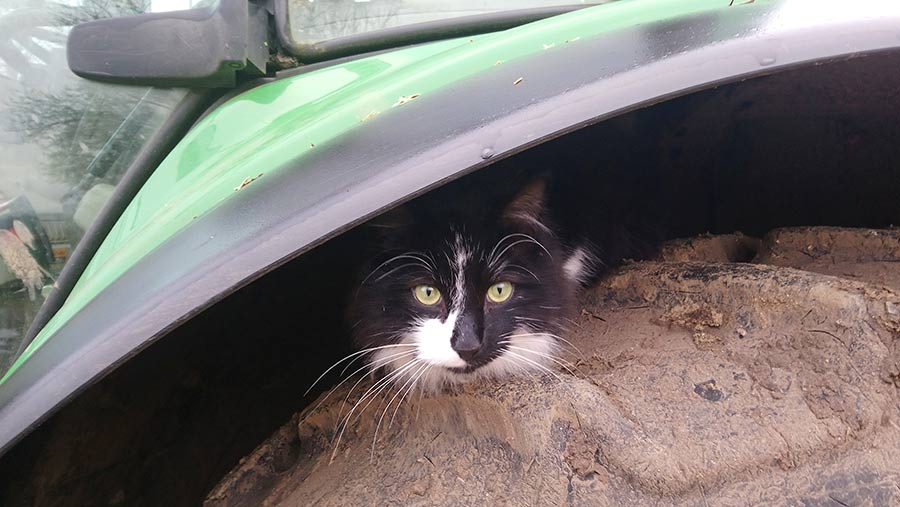 Cain the cat was less than impressed

It took some time to get the hang of the new saw blade, but once I’d got the best combination of speed and revs, it was a hoot.

And the stuff that reappeared, after many years buried deep in the hedges – corner posts and gateposts, from the days when livestock roamed all the fields. Made from Hinton estate oak, I’ll bet, so they’ll still be useful when those days return.

Then there were the piles of flints, collected by the roller-man, ready for use in gateways. And the remnants of pigeon hides, with numerous faded cartridges – too many for me to be accused of such littering. My empties after a day’s pigeon shooting will fit on the fingers on one hand.

Soon, the farm’s wayward hedges were turned into beautifully trimmed bush, although the long lines of thick cuttings reminded me of Granny Flindt’s wise words: “It’s not the murder; it’s the disposal of the corpse.”

I was quite sad when the dry weather, and the approach of March, meant it was time to grease it up, oil it up, and hitch on to something else.

That was fun, I thought. I can add hedgecutting to my list of favourite hobbies – and I never thought I’d say that.