Making a bold break from conventional agriculture has paid off big time for the Banks family, who run a thriving Michelin-starred restaurant with rooms nestled in the foothills of the North York Moors.

Having run a modest bed and breakfast on the home farm, Tom and his wife Anne decided to buy neighbouring pub The Black Swan in 2006, after watching it change hands three times in as many years.

They had sold their herd of 120 beef cattle shortly before the foot-and-mouth outbreak in 2001 but were still growing a modest area of cereals and oilseed rape.

Today, The Black Swan at Oldsted – crowned best restaurant in the world by TripAdvisor in 2017 – has a reservations book so full you’ll have to wait about six months for a table on a Saturday night.

Accessed solely by narrow country lanes, The Black Swan had been just about ticking over with trade from passing walkers and the like when the Banks bought it.

One night, two of the chefs quit and the kitchen was left short of staff.

Up stepped son Tommy – a young lad who, by his own admission, didn’t really know what he wanted to do in life.

Neither he nor his older brother, James, had shown much interest in taking on the farm. 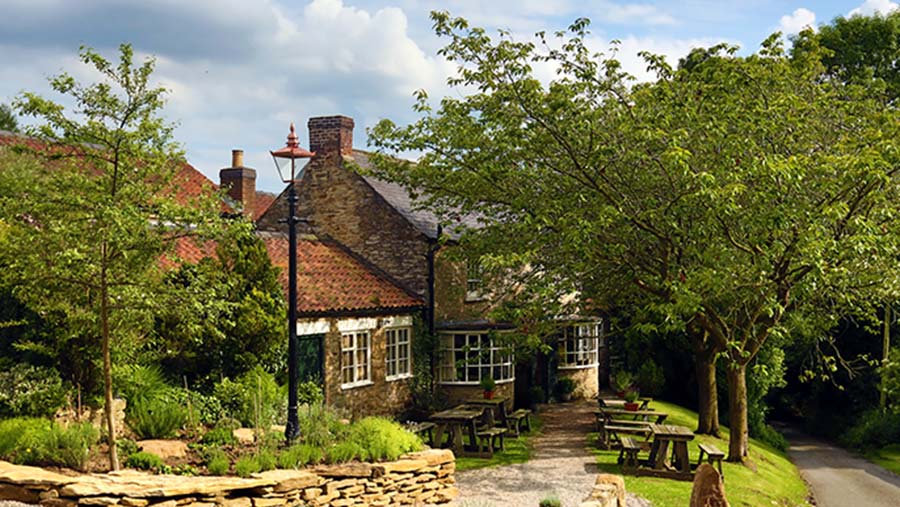 Having been drafted in to help out in the pub kitchen, which served typical British pub grub, Tommy saw the pub struggle along for the first few years of his family’s ownership.

Then the 2008 financial crash happened, and with pubs closing thick and fast, the Banks family knew they would have to make a radical change if their business was to survive.

“We had to make this place into a real food destination,” says Tommy, who today sits as the chef director at the The Black Swan and its sister restaurant Roots, in York, which opened some 18 months ago.

They decided to transition to a high-end dining experience in a phase that dad Tom dubs “organic development”.

With Tommy driving the kitchen, the restaurant gained its Michelin star in 2013, with a menu of French-inspired dishes.

It was an exceptional achievement, but for Tommy, there was a problem.

“People were lauding praise on me, but I felt a bit of a fraud,” he explains.

In their junior years, many renowned chefs have worked in French kitchens as a rite of passage, learning the craft. Tommy had never left Yorkshire.

“I needed to find my niche, and decided to only use what our farm was producing and what grew in the surrounding countryside.” This was to be the real making of The Black Swan.

“The constraints we place on ourselves are challenging, but that forces creativity,” says Tommy. 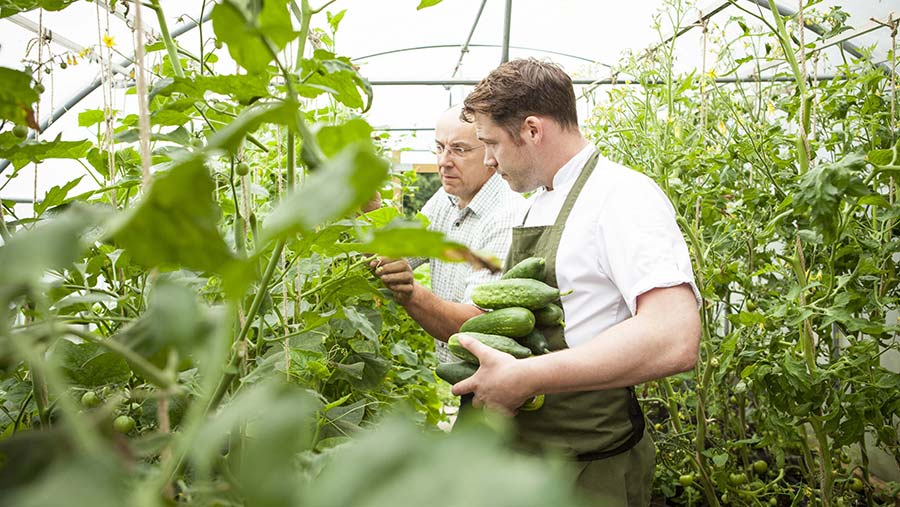 Limited so heavily by cooking with seasonal produce and wild ingredients foraged from the field and hedgerows, Tommy and his team of chefs set about experimenting with forgotten methods of pickling, drying and fermenting ingredients.

Preserving is a critical process for the three chefs based at the farm kitchen down the road from The Black Swan, but it is one that makes a year-round menu at both restaurants possible.

Here, the team, which includes enthusiastic development and production chefs such as Richard “Dickie” Jack, preserve roughly one-third of the homegrown produce to sustain service from January to June – a period Tommy calls “the hunger gap”.

Being so strict with their ingredient sourcing has spawned an astonishing level of culinary ingenuity.

The 170-acre farm and two-acre restaurant garden produce staples including root vegetables and herbs, with seasonal soft fruit, tomatoes and chillis grown in the polytunnels and greenhouse. 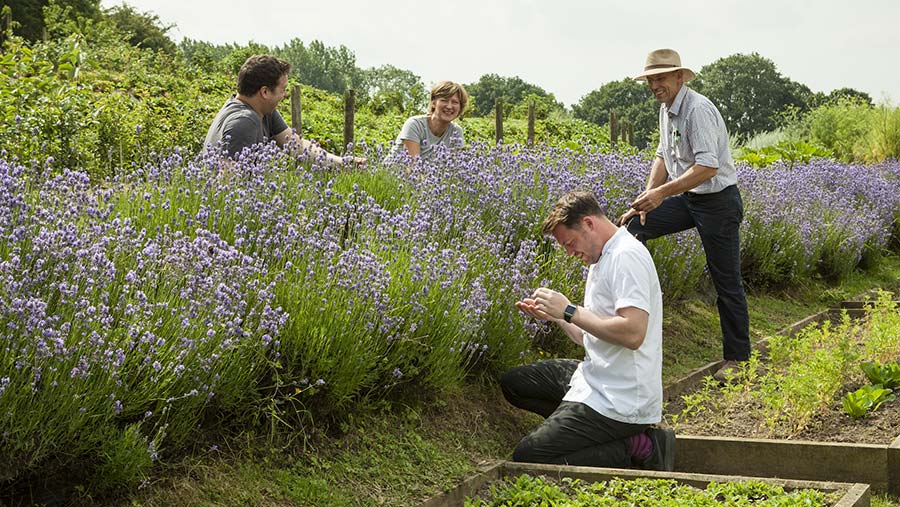 In a bid to defy convention and expand their options, there are some more unusual delights lurking in the fields and fridges.

Originally grown on the farm for sheep grazing, this sugar beet relative is used by the inventive team to make kimchi – a fermented side dish of oriental origins usually made from cabbage and radish.

Tommy and the team harvest, forage and store everything, including the produce that’s misshapen, ugly and unripe. Nothing goes to waste.

“We had to recalibrate ourselves as farmers, going from commercial farming, where yield is king, to growing varieties for flavour” says Tom, who is visibly enjoying the radical reinventing of what his family farm is for.

“I’m making more from this small area compared with what I did before. Why would I grow cereals now?”

While his commercial arable days are now behind him, Tom is seriously considering the return of livestock to the farm.

This year they hope to feature their own lamb and pork on the menu, with Tommy challenging himself to use every part of the carcass.

It has been a brave and remarkable journey for this farming family, and they say there have been no regrets – although Tom confesses that he does miss combining.

The Black Swan at Oldstead has one tasting menu driven by seasonality, which costs £98 per person for a Saturday lunchtime and £125 in the evening.

We kicked off with a refreshing beetroot and goat’s cheese dish.

The beetroot has an uncharacteristic yet satisfying chew, having been baked, dehydrated and then rehydrated to transform taste and texture. 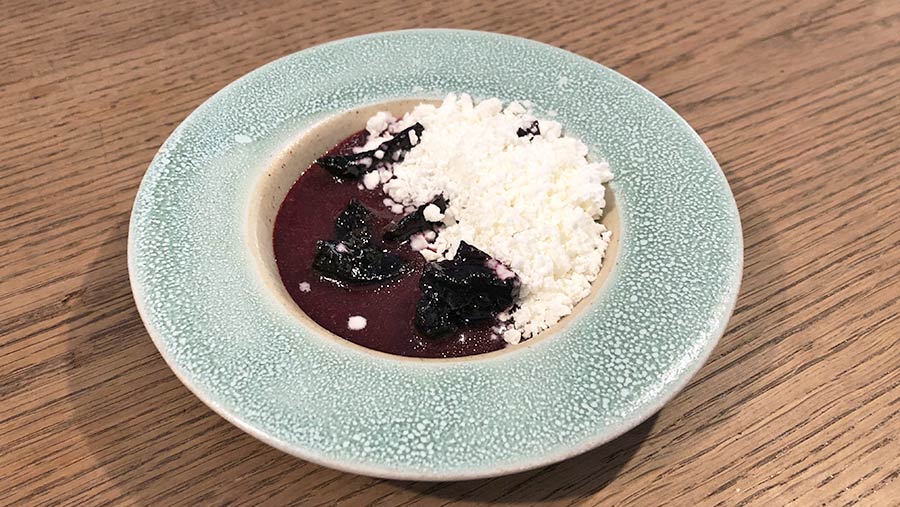 A tangy wallop comes courtesy of goat’s cheese from a local farmer, freeze-dried into a crumb that instantly melts in the mouth.

A zingy blackcurrant, redcurrant and lemon verbena sauce lies beneath.

Next up is a succulent saddle of fallow deer, which was caught munching on the farm’s mangelwurzel crop.

It’s served with rich, black garlic, which is cooked down to a near-treacle at 60C for six weeks. 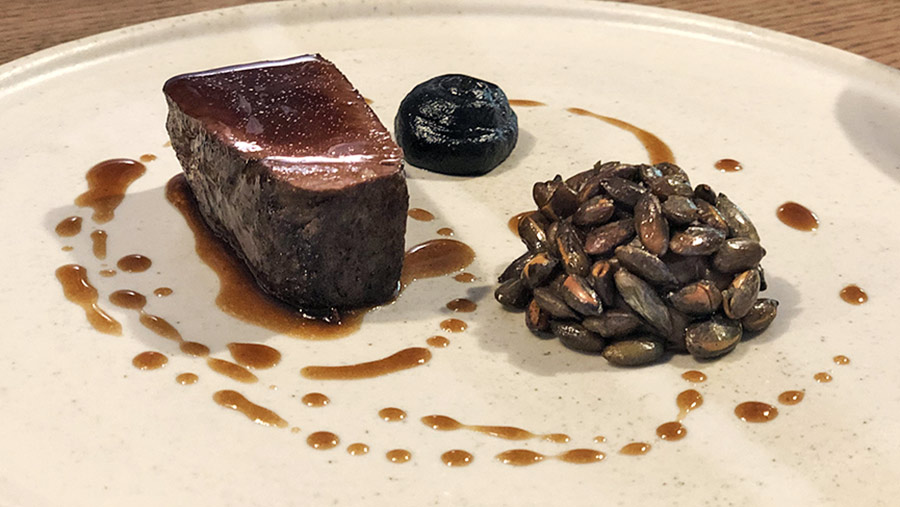 Smooth caramel-coloured cauliflower purée coated with crunchy pumpkin seeds completes the plate, which is escorted by a meaty side dish of venison offal faggot on braised red cabbage. 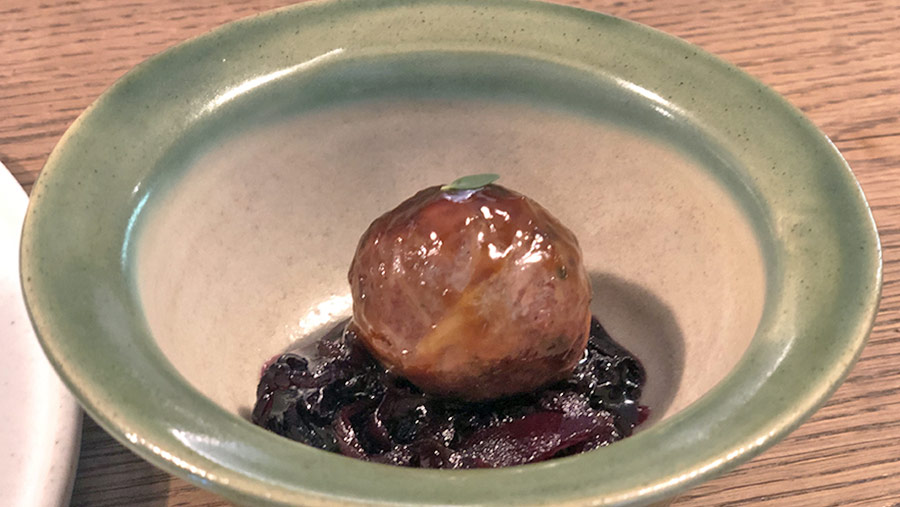 Perhaps the most impressive dish of them all was dessert.

Light, creamy custard like no other – made with waxy Charlotte potatoes, the thickening starch supplementing the need for eggs – poured cold over chicory root ice cream, which tastes uncannily of coffee. 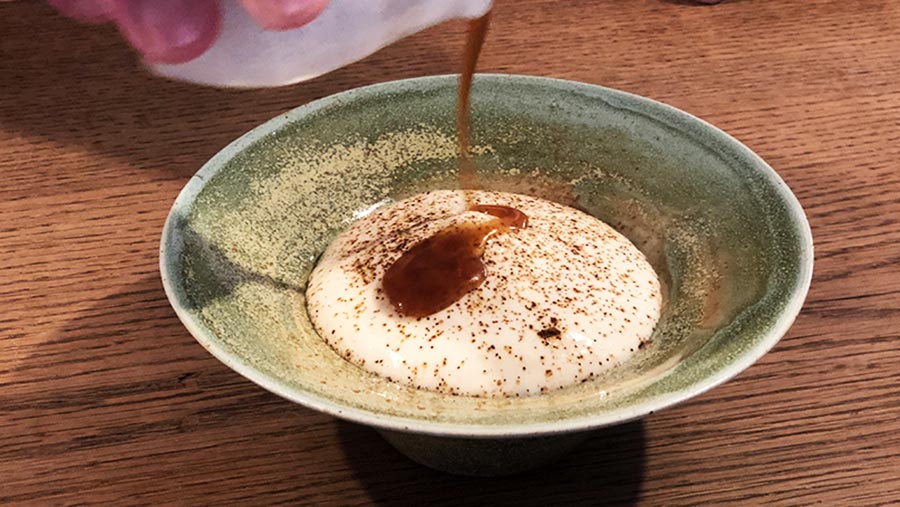