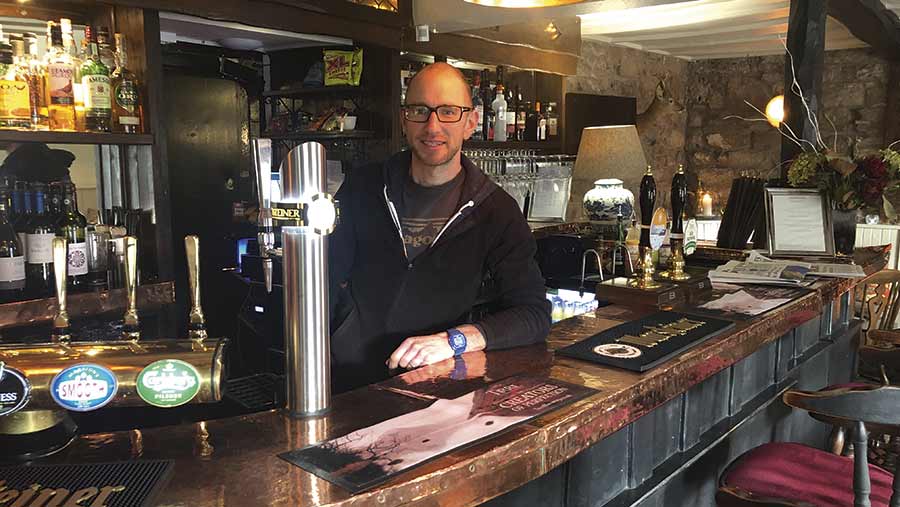 Charles Lowther in The Queen's Head at Askham © Oli Hill

It’s unusual to find a farmer who also runs the local pub, and even more rare for one farming family to own a brace of them.

Cumbrian brother-and-sister team Charles Lowther and Marie-Louisa Raeburn are an impressive exception, boldly going further than any other farmers we’ve featured in our Foodie Farms series to date.

Together they run two charming country pubs and have converted their childhood stately home into a high-end restaurant which was awarded a Michelin star in October last year.

Check out the Foodie Farms map to find all of the pubs and restaurants we’ve featured so far.

As children of the seventh Earl of Lonsdale, Charles and Marie-Louisa were brought up with close ties to agriculture.

Their father got stuck into farming on the family estate in the 1950s, when producing food for a hungry post-war nation was a top priority.

At that time, the estate of some 28,000ha had about 70 tenant farmers alongside the family’s own farm.

When foot-and-mouth disease hit hard in 2001, agricultural business graduate Charles oversaw a shakedown and consolidation of some tenanted land and also triggered a switch to organic for the home farm. 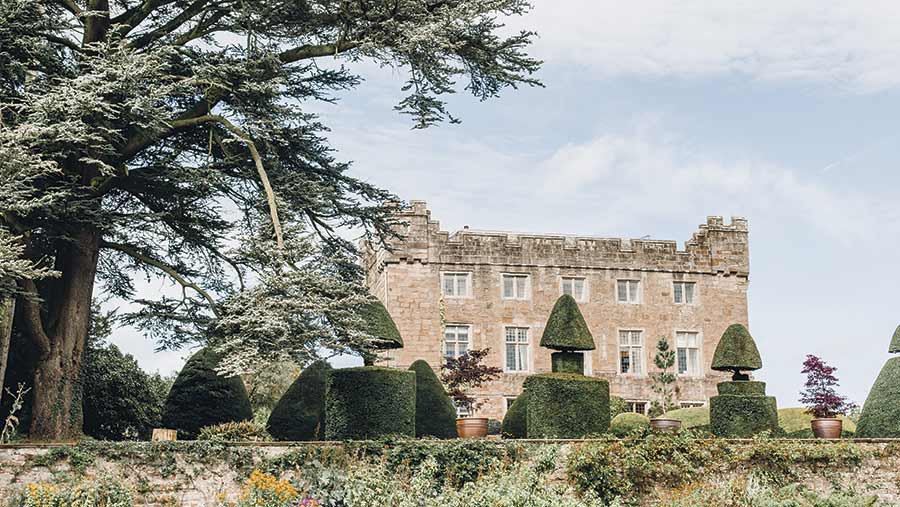 Today Charles farms in partnership with his half-brother Jim and cousin Tom.

After a stint producing beef, lamb and poultry for wholesale markets including pubs and restaurants, Charles found that the market for organic was faltering and, as a result, the premiums meant he struggled to turn much of a profit.

As a result, he ditched formal organic certification but runs an extensive system with minimal inputs.

“Something I noticed when I went to hotels and pubs was that they were often using terrible-quality produce which comes from afar,” explains Charles.

“I decided that we could do a better job ourselves and, after a long search, bought the George and Dragon in 2008.”

This popular pub is conveniently located just minutes from the M6, roughly halfway between Penrith and the family home at Askham.

It is the genesis of their great experiment in field-to-fork food and also offers 11 individually styled guest rooms. It currently takes the lion’s share of covers across the siblings’ foodie portfolio. 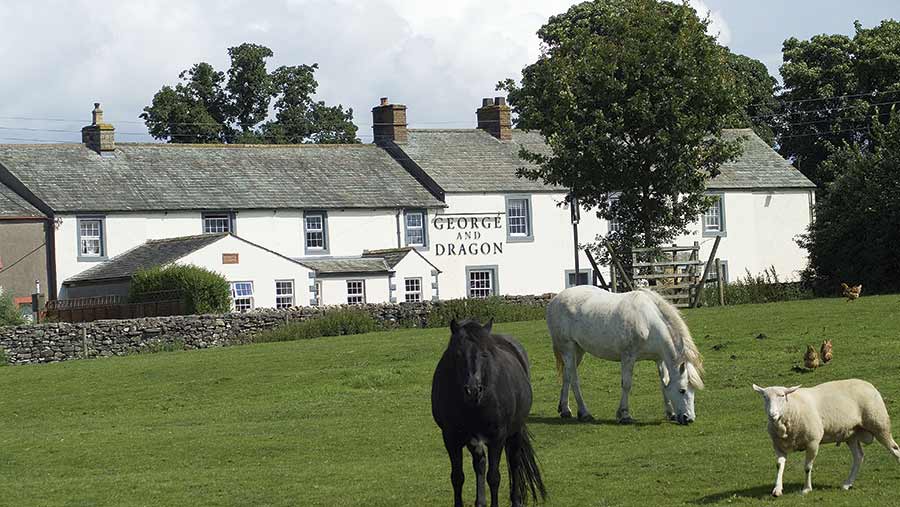 The George and Dragon

“This was our toe in the water,” says Charles. “People really got what we were about and more and more came to dine with us.”

Dishes such as Charles’ Shorthorn beef, slow-cooked in ale and served with seasonal vegetables from the Askham Hall gardens, have been menu staples since the beginning and encapsulate the cuisine ethos at the George and Dragon, as head chef Gareth Webster testifies.

He’s been with the restaurant for more than two and a half years and has relished the challenge of using every single cut of the beef, pork and poultry produced by the farm, right down to pig’s trotters, offal and bones. 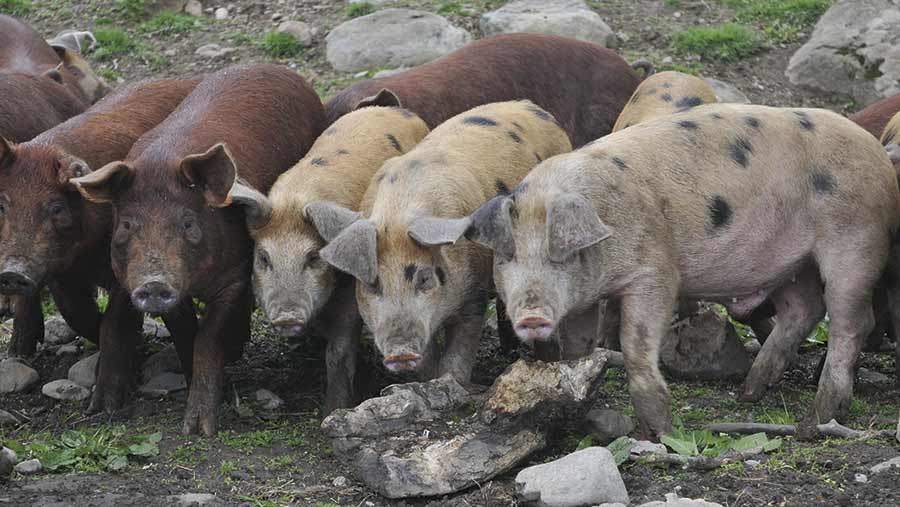 “Our menu has hearty dishes like the slow-cooked beef, which uses cheaper cuts packed with flavour, or our tattie pot which features black pudding we make ourselves and lamb from a local farmer where we might pair the rump with shoulder or neck. Not many people go away hungry,” he says.

Charles typically sends three bullocks to a local slaughterhouse each month, liaising with the kitchens to match demand throughout the year.

Much of the beef is then dry-aged in a room within Askham Hall to intensify flavour and improve the texture.

Having successful proven their concept of super-local food provenance at an affordable price, Charles and Marie-Louisa shifted focus to their ancestral home, Askham Hall.

The grand 20-bedroom house at the heart of the Lowther estate has been half derelict since their childhood, and with both parents no longer around, in 2013 they gave it a fresh lease of life as a luxury restaurant with rooms.

Allium at Askham Hall is led by head chef Richard Swale. Cumbrian born and bred, Richard has an innate understanding of how the food he and his team uses is produced at the estate.

As with the George and Dragon, he works with the seasonality and availability of meat from the farm, and vegetables, herbs and edible flowers grown in the gardens to the rear of the highly-acclaimed restaurant.

“Askham Hall is our halo. It gets first pick of the farm and estate produce and has raised the profile of the local area,” says Charles.

The third string to this impressive bow is the Queen’s Head in Askham. In opening a third restaurant within such close range of their existing ventures, Charles and Marie-Louisa were mindful not to compete with themselves.

Reopened almost a year ago, this 17th century pub is right at the village’s heart and is open to walk-in diners during the day. In the evening it caters only for guests staying in one of the six bedrooms.

Head chef Gareth Webster oversees the menu, with evenings dedicated to showcasing various aspects of farm, such as the Boer goats and Beef Shorthorns, proving popular.

He enjoys the challenge of using up every scrap of produce the estate and farm throws at him and says he has seen an encouraging growth in the past decade or so of public interest in where their food comes from. 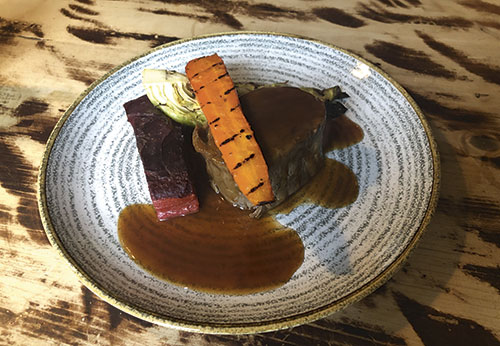 Dining at either the George and Dragon or the Queen’s Head, main meals range from £14 to £24.

We couldn’t pass up  the ever-popular and incredibly tasty Shorthorn beef, slow-cooked in ale and served with truffled root vegetable and potato gratin, carrot cooked in beef dripping and charred cabbage, costing £18.

Three courses at the Michelin-starred Askham Hall come in at around £55 excluding drinks, while the tasting menu with matching wines will set you back about £120.

The George and Dragon has accommodation from £100/night, the Queen’s Head offers rooms starting at £130/night and rooms at the upmarket Askham Hall range from £150 up to £320/night for the lavish master bedroom.