A footie-mad Russian farmer has built a straw replica stadium of his beloved team for just £500 – to poke fun at the spiralling costs his country faces as a result of hosting the 2018 World Cup.

Roman Ponomaryov, a die-hard fan of Zenit St Petersburg FC, used 4,500 straw bales to create the stadium in a field in the southerly Stavropol Krai region of Russia.

The straw stadium, which has a capacity of about 300 people, hosted its inaugural football tournament for locals last weekend, using modified football rules. 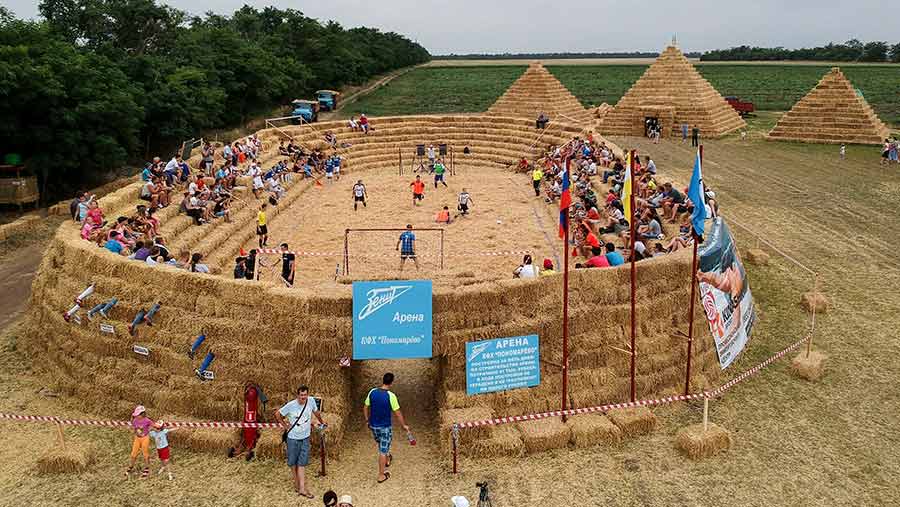 See also: Putin dairy products on menu for all Russians

Mr Ponomaryov said he built the straw stadium for about £500 as a gentle dig at the enormous costs of building football stadia and associated infrastructure for the World Cup.

The construction of Zenit’s new 64,000-seat stadium, the Zenit Arena, which will host World Cup matches, has a budget of £552m. 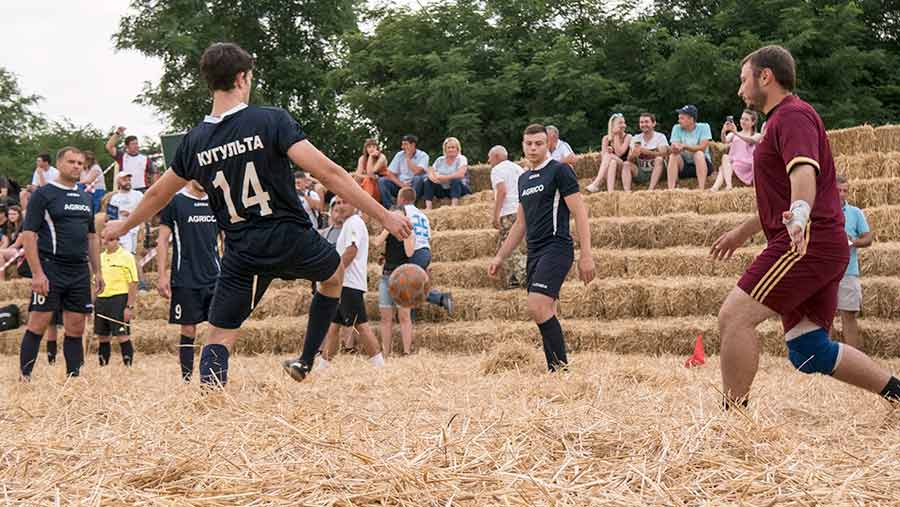 The stadium, designed by world-famous architect Kisho Kurokawa, is being funded by public-private partnerships between the Russian government and large corporations.

“At first the authorities said that the St Petersburg stadium would cost 6bn rubles [£77.6m], then 48bn rubles.

“Finally, it turned out that it hadn’t even been completed yet,” Mr Ponomaryov told the Moscow Times. “Our stadium is intended to mock this debacle.”

Zenit owners have been made aware of Mr Ponomaryov’s straw stadium and they have offered him free tickets for an upcoming football match as a goodwill gesture.

Can you do better than us? Post your farming-related football chants and puns (keep them clean) on Twitter to @farmersweekly using hashtag #footiefarming