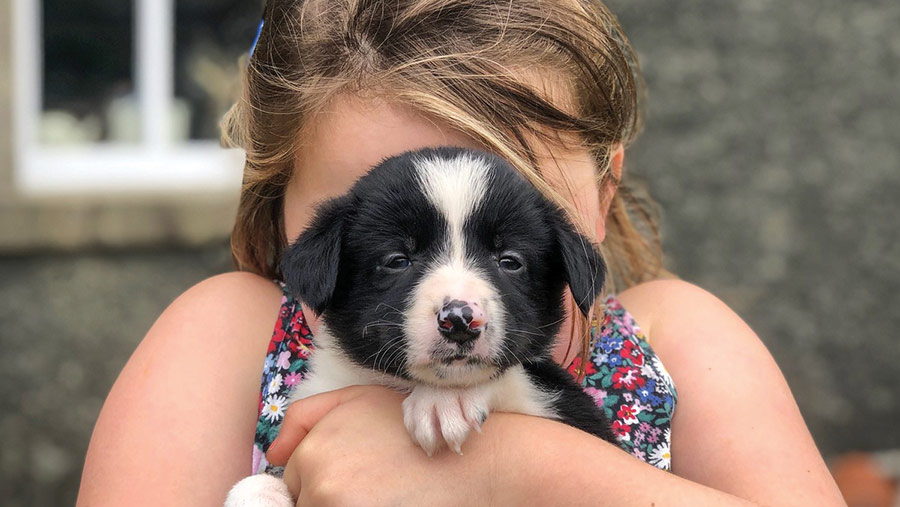 Pictures are already pouring in for Farmers Weekly’s 2020 photography competition, but there’s still plenty of time to enter your best snaps.

Our annual competition is offering amateur photographers £500 of cash prizes and the opportunity to see their pictures published.

The overall “winner of winners” will receive £250, with second- and third-prize winners (also selected from the eight category winners) each getting £150 and £100, respectively.

We’ll publish a whole selection of the shots we like best, including the eight category winners, in the Christmas issue of Farmers Weekly. The overall winning entry plus the second- and third-prize images will be announced in January.

There are eight categories spanning a range of agricultural, countryside and rural life topics:

Simply upload your images to the relevant gallery on the competition page on our website, along with a description of what the picture shows, as the judges like to read a little context. The higher the resolution the better, but the minimum file size is 2MB.

You can enter as many pictures in as many categories as you wish, whether it’s photos taken in 2020 or in previous years. It’s fine to resubmit pictures entered into previous FW photography competitions, too.

These might be shots you’re already fond of, or you might choose to get out in the great British countryside to take photos specifically with this competition in mind.

Collectively, your entries provide a wonderful snapshot of the nation’s countryside – and the lives of those who live and work there – and, once again, we are expecting a bumper crop.

Don’t be discouraged if you’re not a regular picture-taker – some of the images we’ve liked best in previous years have been those snapped in a moment of inspiration on a camera-phone while out and about working.

The closing date for entries is 15 November 2020. This is your big chance to share and celebrate the best of British farming – so good luck and get uploading!

Meanwhile, here are a few of the many fantastic entries so far to enjoy. 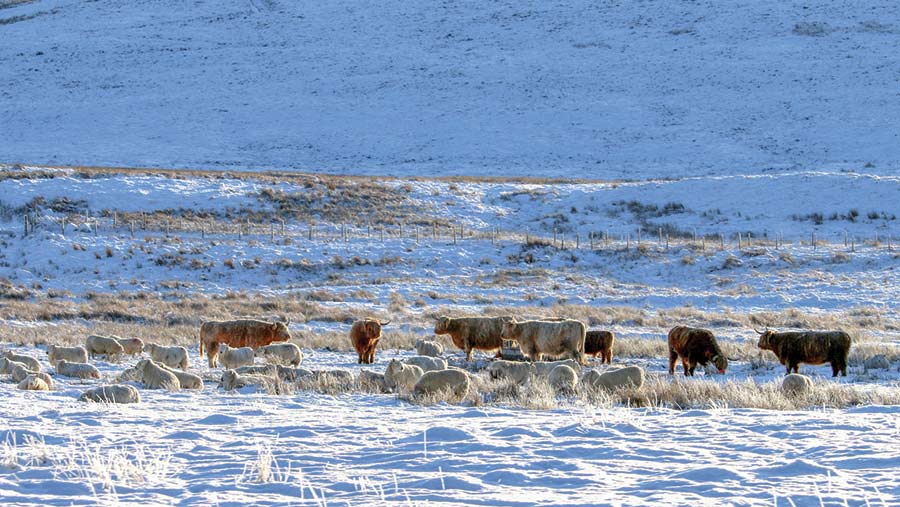 Luca Evers’ picture shows sheep-gathering in the snow in Farr in the Scottish Highlands. 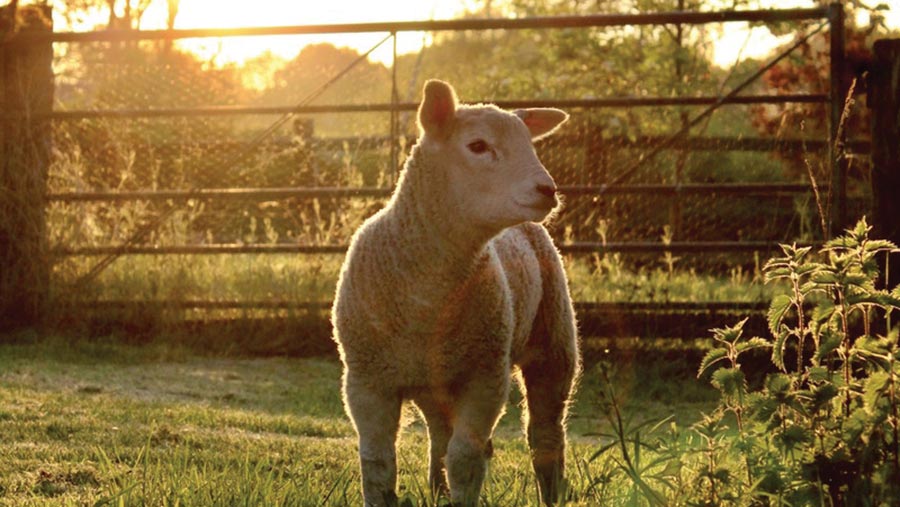 Richard Heady’s image is of “Wonky”, a bottle-fed lamb that spent most of the spring in his garden before returning to the flock. 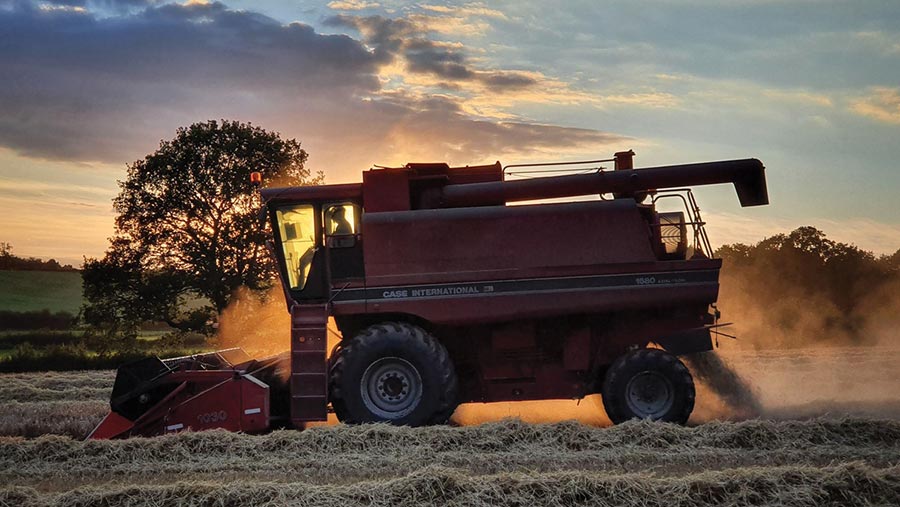 Penny Whitehurst’s image takes us back to harvest, when her husband was cutting spring barley. 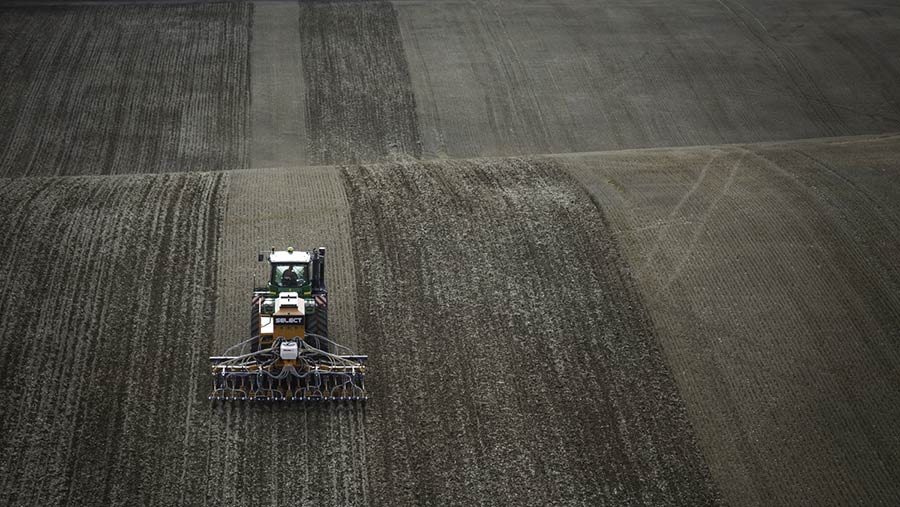 Nick Barlow called this one “Uphill Task” – it shows the first day of drilling winter beans with a new drill at Welford Farms in Berkshire. 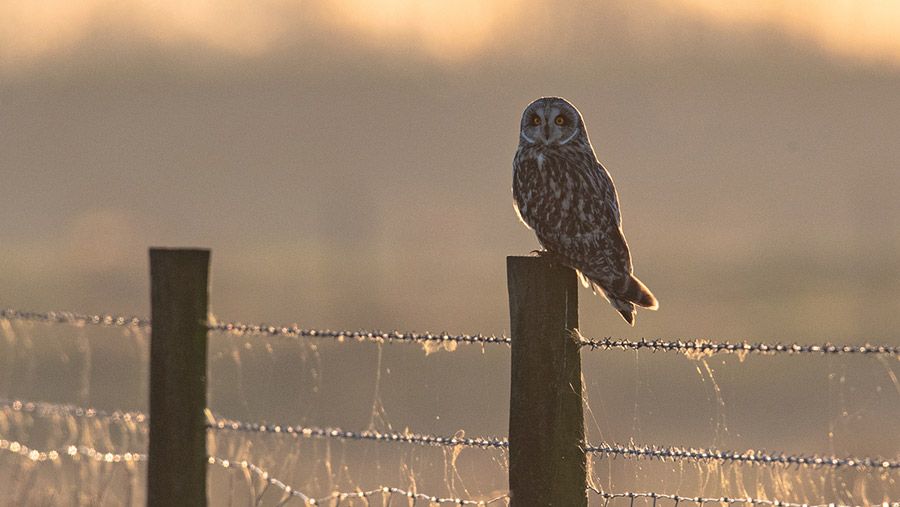 This short-eared owl in the sunset was seen through the lens of Frances Browne in the Cambridgeshire Fens. 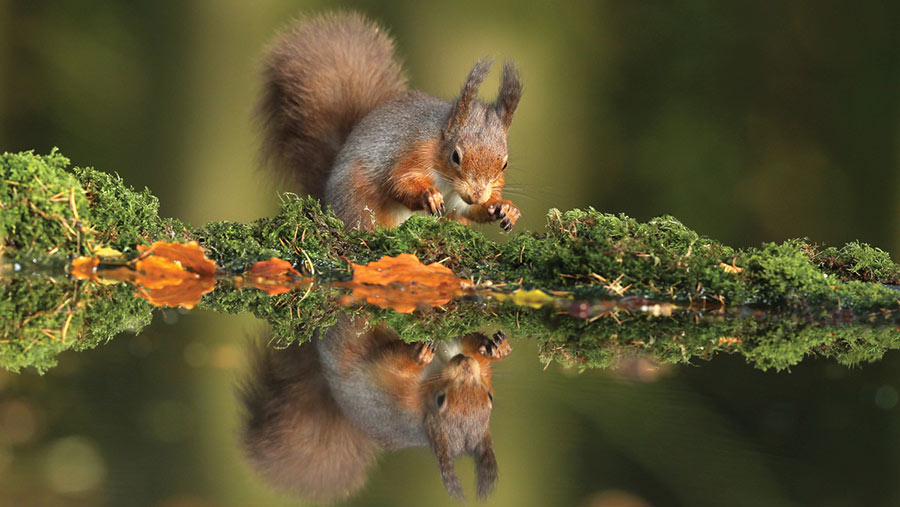 Mary Wilde spotted this red squirrel from a public hide near Kirkcudbright in Scotland. 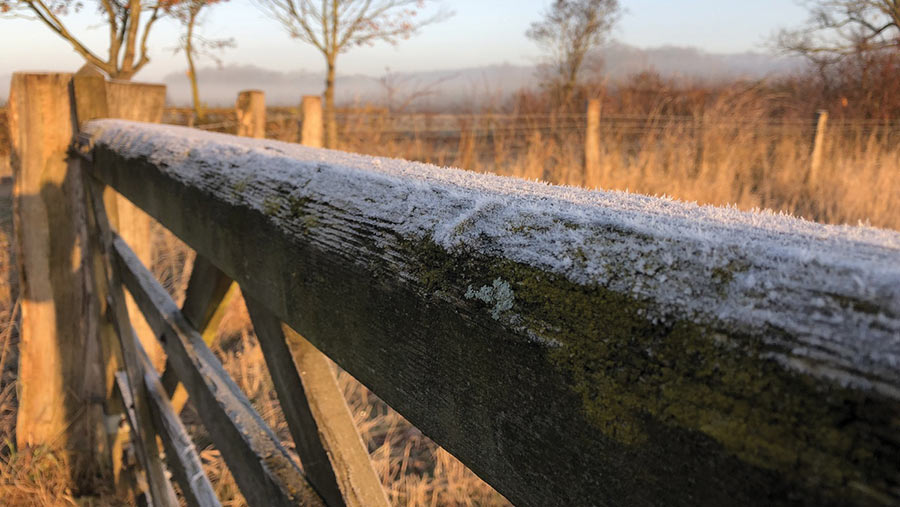 Wimpole Home Farm in Cambridgeshire was the location where Daisy Taylor found inspiration for this shot, while she was checking the sheep grazing in the field. 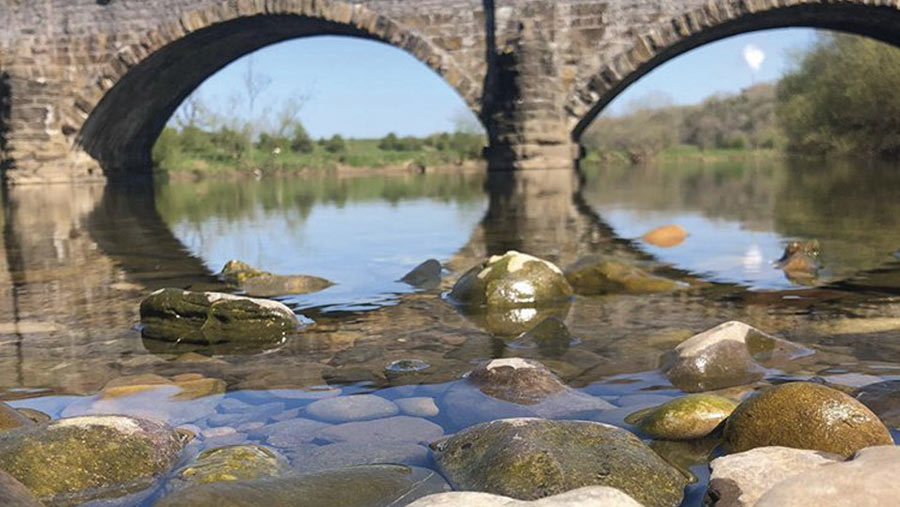 Lancashire was the setting for this reflection study from Eleanor Chew.

Julie Blacow uploaded this image of her daughter choosing her pup from a Lancashire farm. 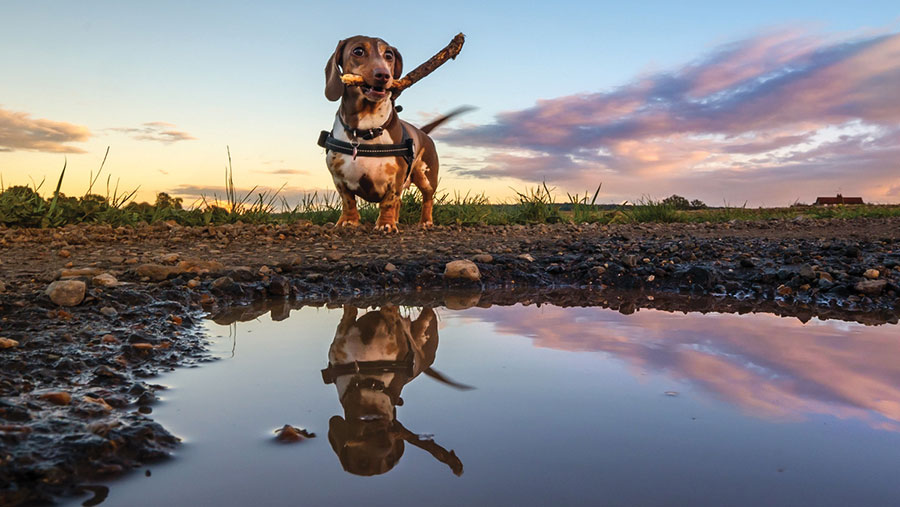 The miniature dachshund, Pippa – a champion ratter, according to Mark Caldon. 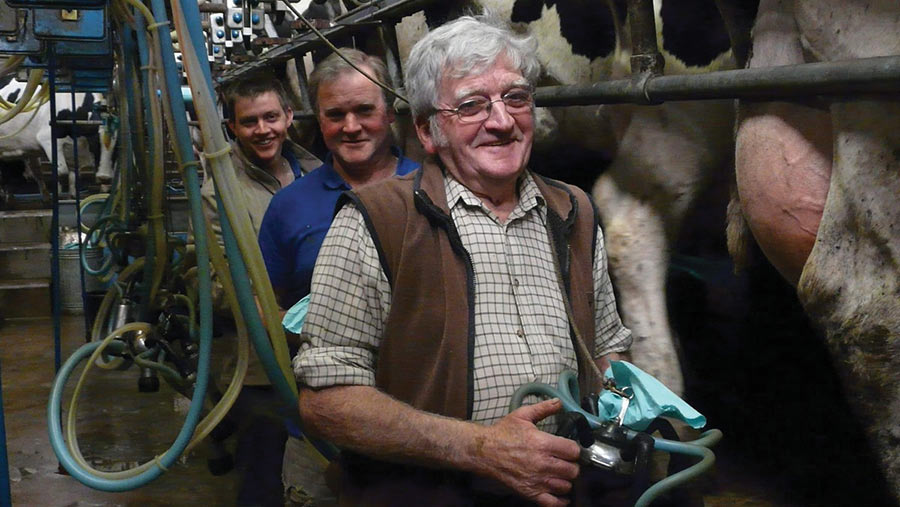 Three generations of the Mackie family: Andy, Drew and Andrew. Thanks to Lauren Brocket for submitting the pic. 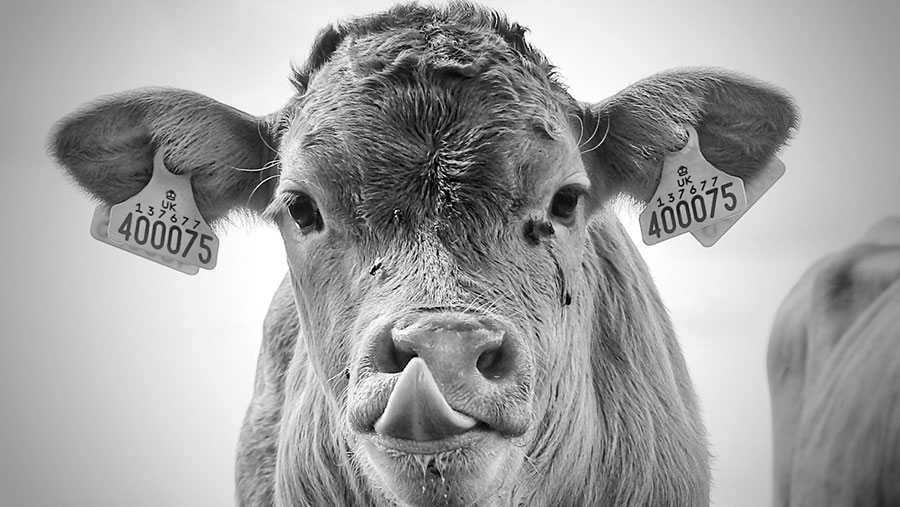 A message from our sponsor

As an important feature of the farming landscape for over 50 years with our iconic blue bags a familiar sight on farms across the UK, CF Fertilisers is proud to sponsor the FW photo competition and play our part in recognising the resilience and fortitude of the country’s farming community in these challenging times.