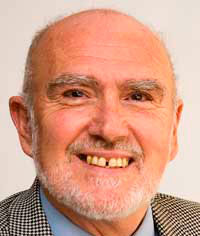 Bob worked for Farmers Weekly for 44 years, joining the publication at its then Fleet Street headquarters in December 1965.

One year later he moved to Wales to cover issues affecting Welsh farmers.

In his four decades he reported on issues that changed the face of farming – foot-and-mouth outbreaks, Britain’s entry in the Common Market, BSE, the establishment of the Welsh Assembly and the decline of the family farm.

Bob died on Sunday 1 November after complications resulting from a bout of flu.

All the staff at FW will miss him and we extend our sympathies to his wife Jennifer and family.

A full obituary will appear in the Farmers Weekly magazine this week.