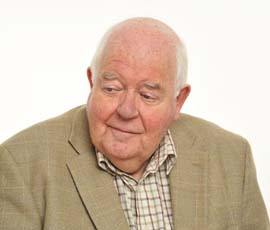 One of the star speakers at the recent Sentry conference was Joanne Denney-Finch, chief executive of the Institute of Grocery Distribution (IGD).

Her presentation was peppered with statistics about farming and food based on surveys conducted on behalf of the 700 or so corporate members (including the NFU) of IGD.

The surveys had found, for instance, that whereas one-third of shoppers said they had cut back on the quantity of meat they bought, they were concentrating on quality instead. Despite the straightened financial circumstances in which many found themselves, only half admitted to trying to reduce waste, however.

Whether because of the need to economise or the popularity of TV cooking programmes, or a combination of both, more people are preparing meals from scratch and one-third say they are choosing more home-produced ingredients. Further, they are prepared to pay a bit more for them because they recognise value for money, freshness and high animal welfare standards.

Indeed, the national mood appears to be moving in favour of domestic farmers who can provide provenance, with 40% now saying they only buy fully traceable food, 80% expressing the view that the way food is produced is important to them (and we’ve seen elsewhere the inexorable rise in demand for free-range eggs), and 90% of consumers believing UK farmers who do the job right should be supported.

All of which is encouraging to those of us producing raw materials and in some cases end products. But I wondered if all such respondents’ good intentions were confirmed by purchases in stores? Joanne conceded that lack of availability and price differences might sometimes mean shoppers’ behaviour varied from what they’d said in the survey. But the fact that so many claimed to support us was a step in the right direction.

Sadly, however, I believe the gap between producers and many other consumers is still huge. Our increasingly urban society is not conducive to an understanding between us, no matter how hard promotional bodies try to educate customers.

I remember many years ago doing a BBC TV farming programme about a publicity campaign then being run by the British bacon industry. For part of the filming, I stood outside a supermarket in Reading conducting vox pops with shoppers who had been inside buying bacon. I asked them all if they had bought English or Danish. The replies varied from “I don’t know, I didn’t notice”, through “Why? Does it matter”, to one lady who innocently asked “Isn’t Danish English?”

More recently I was invited to sit in on a focus group of London housewives discussing food and what influenced their buying decisions. The priority for most seemed to be which was the cheapest. They were not interested where the food had been produced; and Red Tractor or other labels on the packaging might as well not have been there. Most hadn’t noticed them, let alone knew what they meant. OK it was one focus group in east London, where most household incomes are lower than average, and it was hardly a scientific study. But it was an eye-opener to those there who cared.

At one point, the person conducting the focus group mentioned how the weather could cause problems for food production. A lady who had not said much up to that point put her hand up and asked “What has the weather got to do with producing food?”.

We’ve made a start but there’s a long way to go before farmers and consumers really understand one another.

How much do you think the consumer knows about food? Have your say on our website forums.