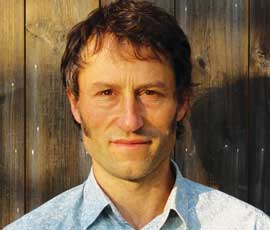 The current government has jumped on this, keen to be the greenest ever, by launching the current Natural Environment White Paper on the back of the first-ever National Ecosystem Assessment.

The Nagoya Biodiversity Summit has also set targets that have to be reached by 2020 and nature, or biodiversity as it’s now called, is high up the agenda.

Along with all this, comes the jargon. New-fangled concepts, such as High Nature Value (HNV) farming, Integrated Biodiversity Delivery Areas (IBDAs), Ecological Restoration Zones (ERZs) and the omnipresent “ecosystem services”, are in danger of dissuading farmers from engaging in modern-day environmental land management techniques.

“Ecosystem services” refers to matters that the countryside is inextricably linked to, like farming, forestry, soils and nutrients.

Although such services were once integral to “old” countryside management systems, they’ve been re-branded and reconfigured as objectives for modern intensive management techniques, covering both food and wildlife “production”. And it’s all related to that great meaningless phrase: “sustainability”.

The majority of farmers have got to grips with the current environmental delivery vehicles of Entry and Higher Level Stewardship schemes (ELS & HLS) but should now be aware of Local Nature Partnerships (LDPs) and Nature Improvement Areas (NIAs) being proposed in their area under the White Paper.

As part of my debate paper New demands; old countryside, undertaken on behalf of the RICS and the Royal Agricultural College, I interviewed government, conservation and farming leaders, many of whom thought that more effort was required in engaging farmers by using the right terminology that would be understood by those ultimately delivering the benefits.

Much technical conservation language needs to be translated for the layman as well as explaining the practical measures that actually achieve the required results.

When farmers are told they can’t plough carbon-rich soils, you can see their eyes glazing over; carbon sequestration is something that scientists experiment with.

Farmers resent having to place biodiversity within crops; skylark plots cost more than asking a contractor to stop his drill in predetermined spots and abstraction rights are rescinded because of a tiny rare mollusc.

Even without the language, conservationists must explain the reasoning behind their actions and targets which can sometimes fly in the face of agricultural common sense.

If the proposed “greening” of pillar 1 does go ahead, it’s important for farmers to get involved before a new breed of land managers, perhaps more versed in the lingo, take the initiative.

*Rob Yorke is a land agent based near Abergavenny. He presents his paper at the RAC, Cirencester, on 27 October 2011