We were inundated with submissions for our harvest front cover competition – so thanks to everyone who shared their shots of harvest.

Here is the winning image – and a few of the many other pictures that captured a sense of harvest 2017 and impressed the judges.

Although the competition is closed, you can still upload your photos and see the whole gallery at Harvest 2017 photos.

Winner: Before the rain 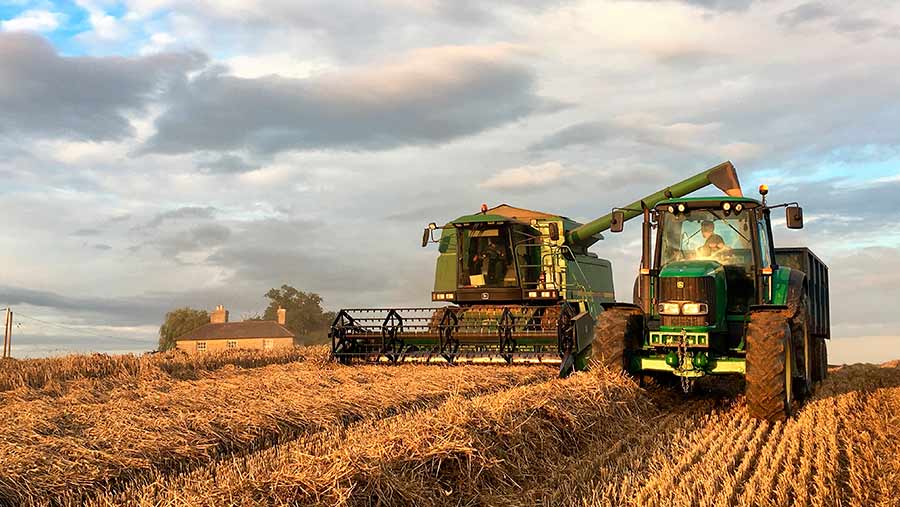 “I’m a primary school teacher so am lucky enough that my profession allows me to spend the summer being Rob’s tractor buddy.

It shows Rob on corn cart, his father Julian driving the combine and, in the background, the beautiful Victorian farm house.

“The photo was taken early one evening when we were trying to get the wheat in before rain moved in,” says Emily. 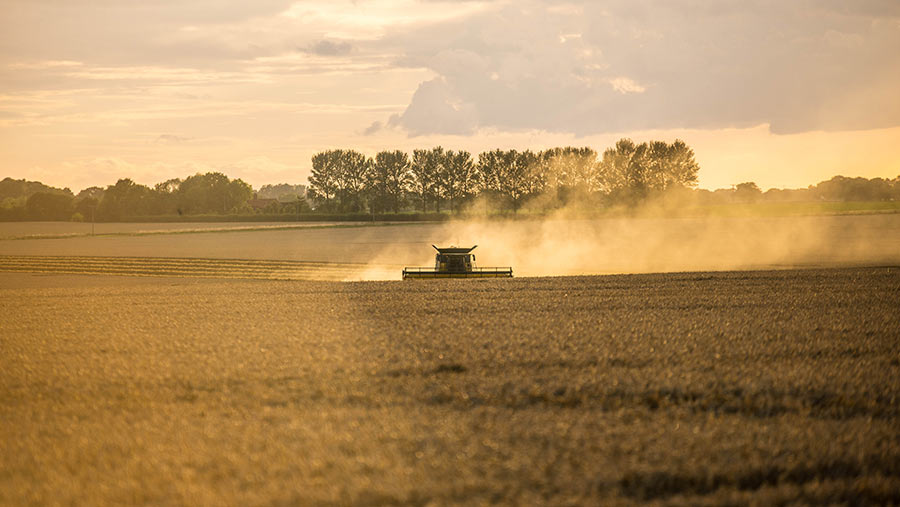 Alvin Russell from Fressingfield, Suffolk, is a HGV Class 1 driver – and is a keen amateur photographer. He often visits airshows to take photographs, but for the last two harvests, has been out and about in the countryside with his camera.

This shows Ed Hadingham harvesting winter wheat on a glorious evening in St James, Suffolk. “I don’t know why I haven’t photographed agricultural machinery in action before, as it’s literally on my doorstep,” says Alvin. 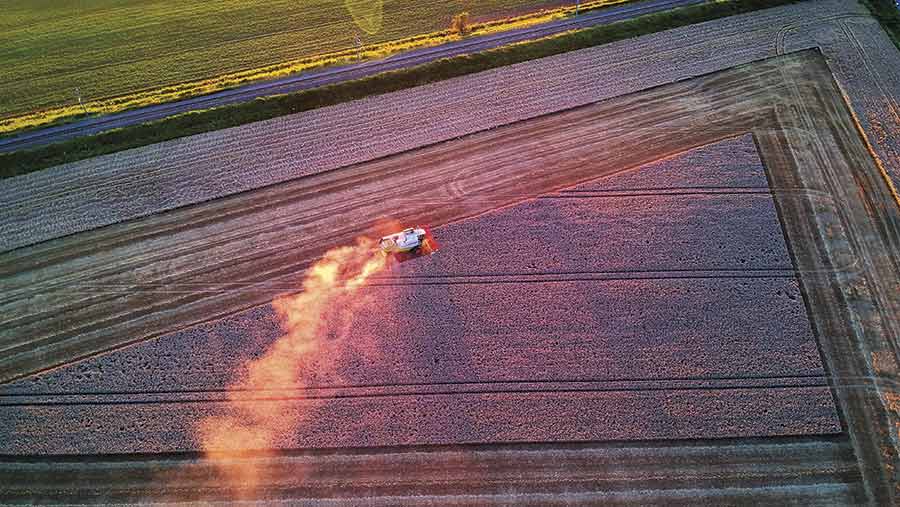 This one was taken by Peter Rains at about 9pm in early August near Littleport, Cambridgeshire, with a DJI Spark drone. Peter was driving the tractor-trailer, carting to the store on a Massey Ferguson 7718, while his cousin, Charlie, was on the Claas Lexion 540.

The field was 8ha of Bassett with a 24m headland of spring barley to suppress blackgrass. 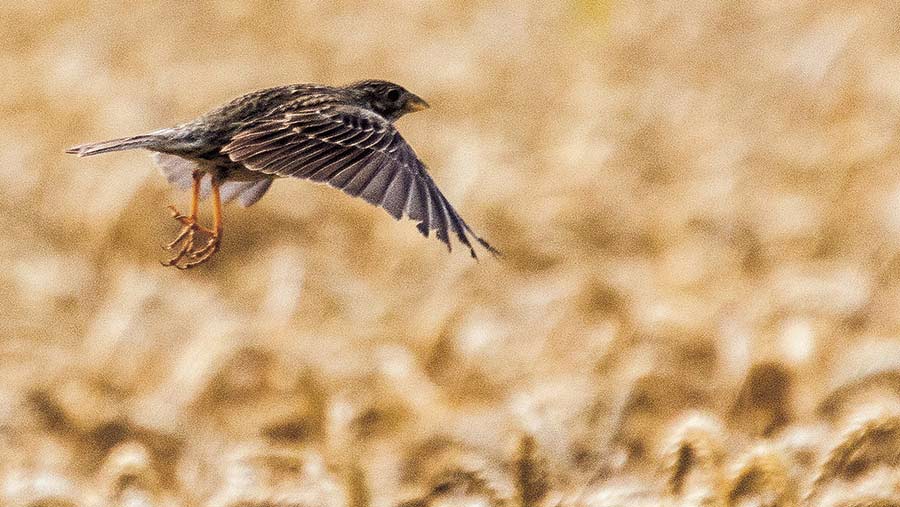 Peter also captured the image of a corn bunting in flight over a field of Cordiale in the Fens. 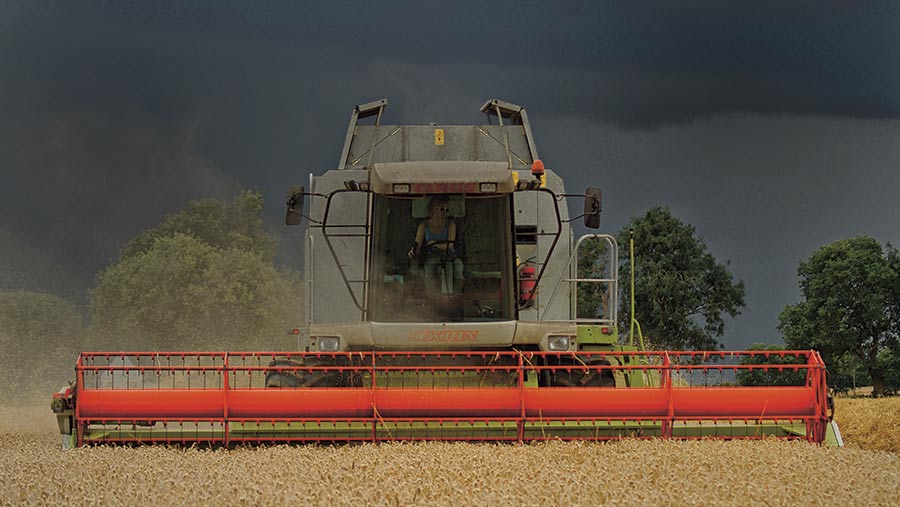 Clare Murrell took this one of her daughter, Lizzy, combining Leeds winter wheat in a Class Lexion 460, shortly before the heavens opened near Acle, Norfolk. 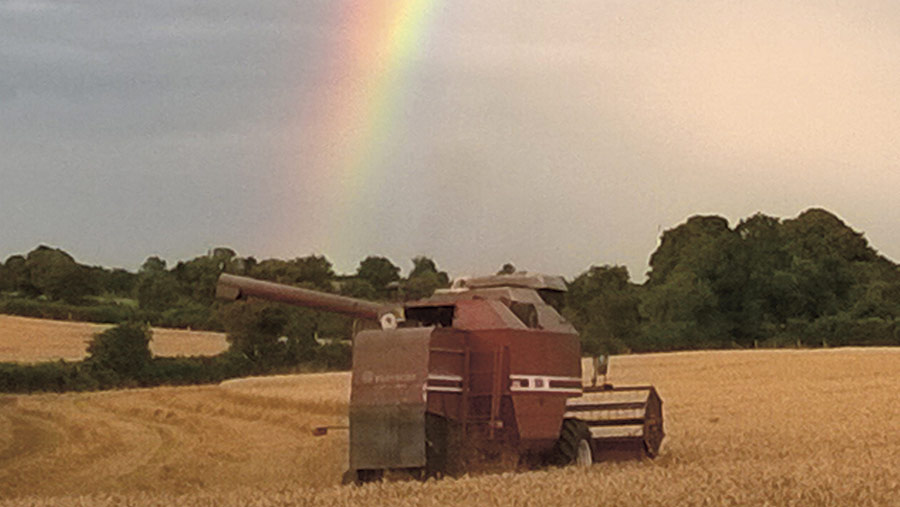 Combining Crusoe winter wheat at Smeale on the Isle of Man before showers. The quality was holding up, with protein levels at 14.4% and Hagberg at 331, according to gallery user 2594786 who submitted the shot. 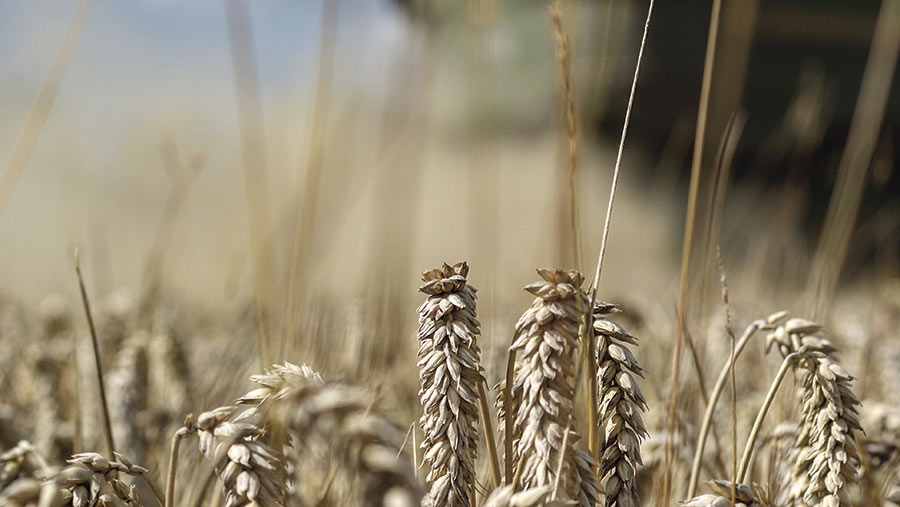 “You’re next – golden ears about to be chomped,” was the title given to this one by Nicky Legg. 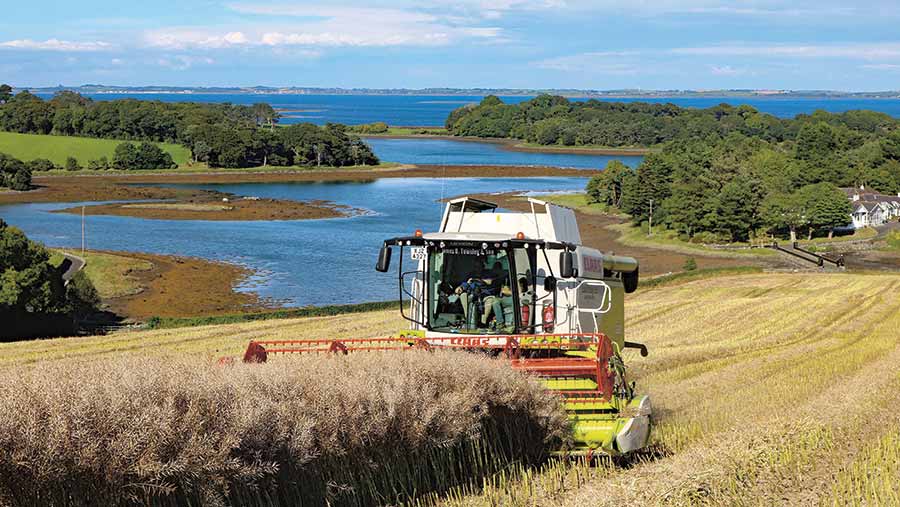 “What a view!” says Peter Niblock who took this one. It shows Trevor “Cleet” Thompson of Co Down contractor JD Townley & Son cutting rape on Graham Furey’s farm on the shores of Strangford Lough. 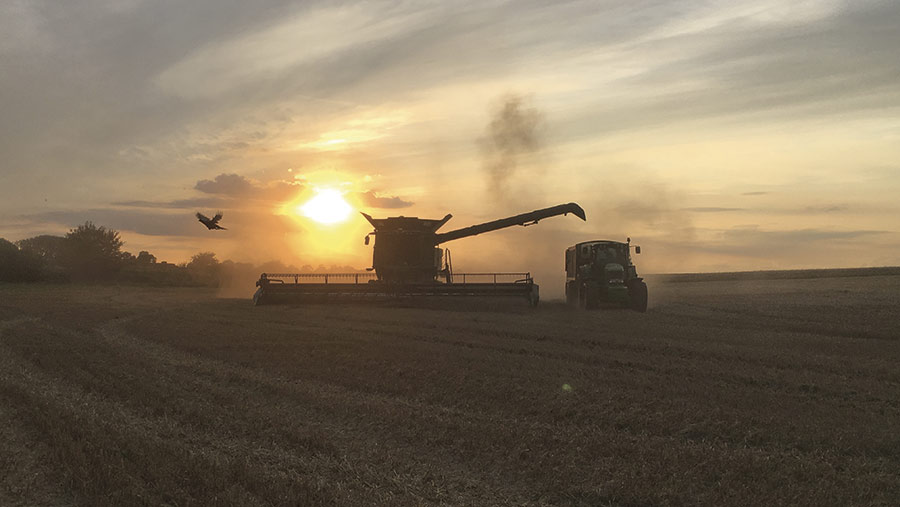 Sam Paske shared this one showing “the final bit of Diego wheat being cut at Hail Weston Farms in Cambridgeshire”.

Eleven-year-old Niall Mahon took this photo on the Bromborough Estate, Podington, in Bedfordshire. “Our combine is a John Deere S690i,” he says. 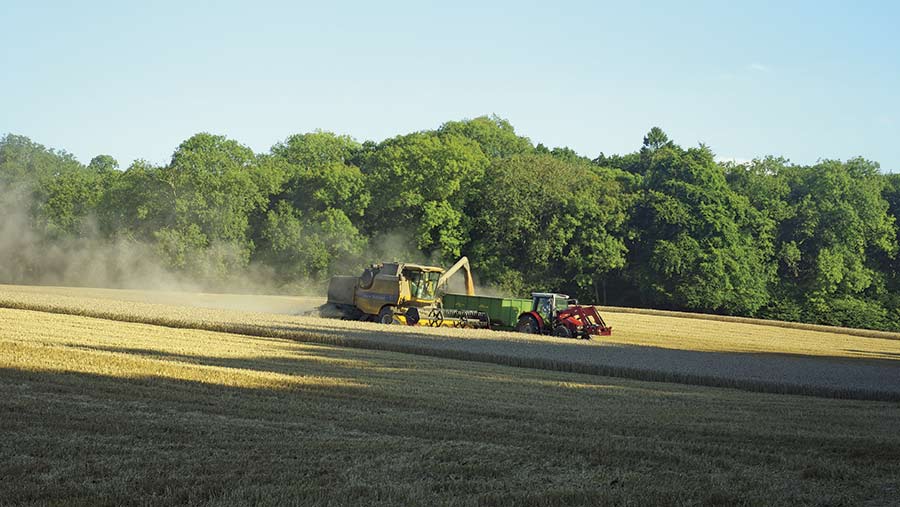 Anna Irwin took this one of a harvest scene in Hampshire. 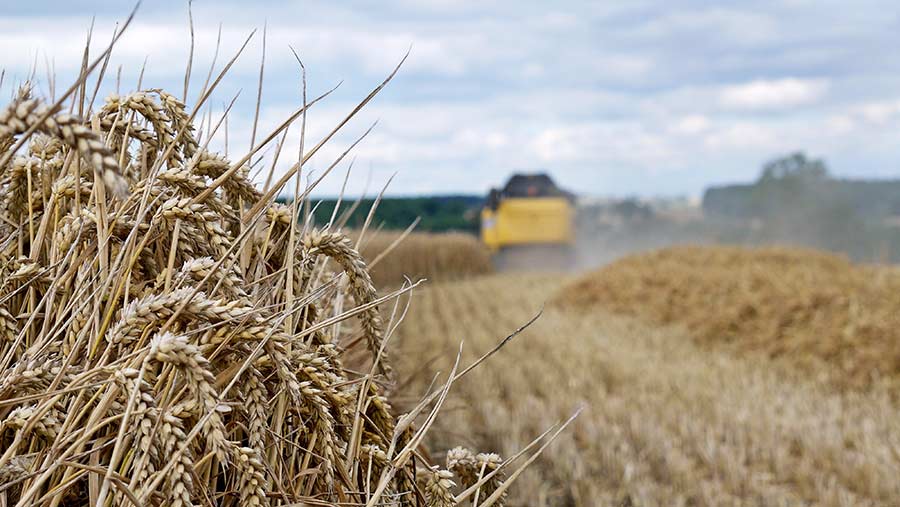