Only a matter of weeks since launching Britain’s Fittest Farmer, the Farmers Weekly team has been staggered by the number of entries to this important and exciting new competition.

So far we’ve had about 140 entries from farming men and women, with more applications coming in daily.

What’s most heartening is the amazing diversity of the entrants, who are based right across the UK from Ayrshire to Kent.

See also: Video: How farmers can improve their mobility to avoid injury

We have had arable farmers, dairy farmworkers, shepherds, contractors, shearers and supply chain workers enter – all aged from 18 to over 70 years old.

The range of skills, hobbies and enthusiasm for keeping physically and mentally fit to farm is deeply impressive and the personal stories some have shared are truly inspiring.

We have picked out a handful of the best entries so far to inspire more farmers to get involved. It’s worth pointing out that these are not guaranteed finalists, so don’t get despondent if your application isn’t featured below.

To find out more about the idea behind the competition, the entry criteria and closing date, go to the Britain’s Fittest Farmer page. 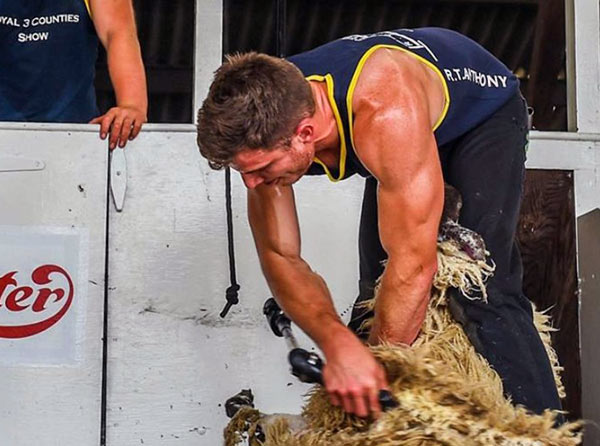 27-year-old Ash Selway is a full-time fencing contractor and part-time shearer from Devon.

“Who needs a gym when your day job involves carrying fencing materials,” he says.

“Staying physically fit comes naturally to myself – from May to July, I shear 10,000 sheep, which keeps me in good shape.”

To relieve stress he likes to go for a run or a swim and enjoys catching up with friends over a beer. 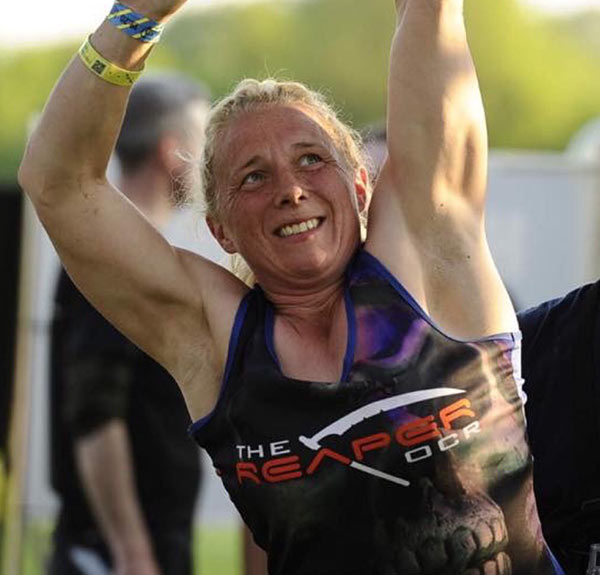 Sport and exercise is Somerset beef farmer Fiona’s way of alleviating feelings of stress or depression. “I have a positive mindset and healthy mind but this is all dependent on my training,” she says.

“I suffered bad mental health about 18 years ago for several years and I don’t want to go back to that dark place, so I know exercising is key to keeping it at bay.”

She loves obstacle course racing and travels all over the country to compete, qualifying for the world championships in 2018. She also used to play rugby for England.

“I train on my farm using farm implements and weights as my equipment, and we have a hilly farm so I do hill sprint training. I train several times a week to be able to play rugby well and prepare for obstacle course running,” she adds. 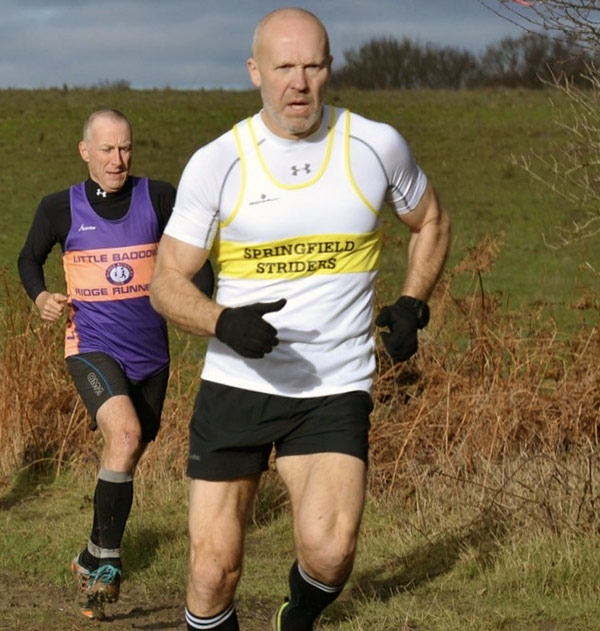 Being in peak health and fitness as he turns 50 in May this year is a major goal for arable farmer and contractor Ed.

“I began cycling three years ago to get back into shape and since then I’ve lost three stone, transformed my fitness and health and I love every second of the training now,” he says.

He trains six times a week and is part of a running club, regularly taking part in road and cross-country races.

“I find running before or after work greatly helps me to unwind and relax – it’s my time to step away from the farm and think about other things,” he adds.

“It’s easy to think there is no time to train during the busy periods of spring and harvest but I have found making the time by training early or late has far outweighed the stress and tiredness of long days in the tractor seat.” 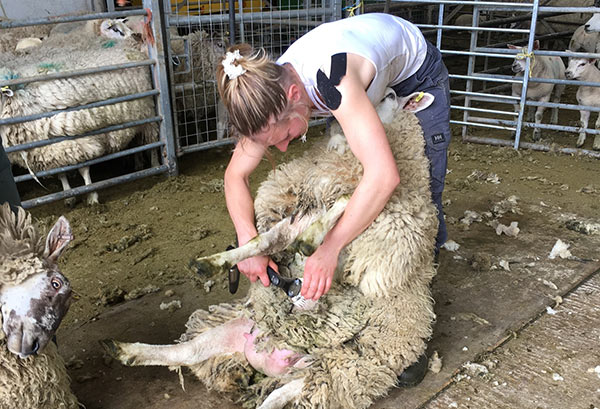 Derbyshire young farmer Joanne describes herself as a “strong willed, determined person” and that certainly shows in her application to Britain’s Fittest Farmer.

Helping run the family beef and sheep farm and working for her brother’s potato business keeps her physically fit. She likes to go for a run three times each week and ran her first marathon last year.

“Getting the heart pumping is the most rewarding thing a person can do, along with a diet of meat and veg,” she says.

“On the farm push myself to do as much as the men. I’ve been brought up to get up and go – positivity all the way.” 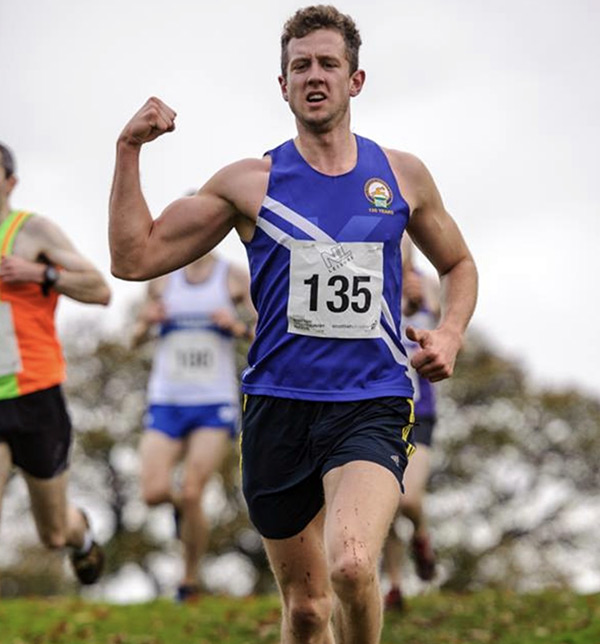 Known locally as “Ayrshire’s fittest shepherd”, 28-year-old sheep farmer Cameron is believes that there is a clear link between physical fitness and mental health.

When he’s not chasing after his own 700 sheep, he’s shearing or scanning ewes for other farmers. Away from the farm he competes in cross-country running and partakes in Crossfit too.

“I also have a lot of banter on Snapchat with other farmers. Social media has it’s flaws but apps like Snapchat are a great way of feeling connected, even though most days you are working alone,” he says.

“I am well known for my fitness and would love the opportunity to test that against other able men and women around the UK.”

Check out Cameron’s video entry below – it’s worth watching until the end. 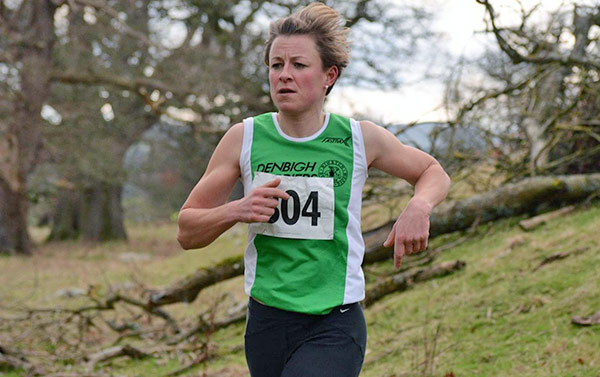 Rhian is a beef and sheep farmer from North Wales who focuses on her fitness to achieve a good work-life balance.

“Having suffered with both depression and an eating disorder over the years I am constantly striving to strengthen my mental fitness,” she says

“This comes through balance. Balancing my work-life ratio, ensuring I rest and sleep enough, ensuring I socialise daily and eating healthily.”

A keen fell and cross-country runner, Rhian has been selected to run for Wales numerous times. She also enjoys competing in triathlons and goes to monthly salsa and jive dancing evenings to keep fit while socialising.

“Due to my petite size I believe that being strong enables me to farm efficiently, like being able to catch and turn a sheep who weighs more than me during lambing,” she adds. 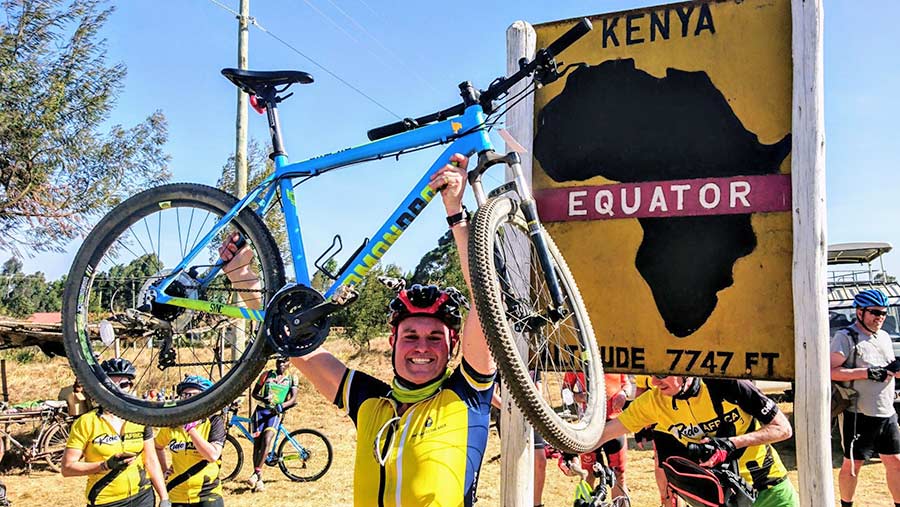 After losing eight stone in the past three years, estates manager Ben entered Britian’s Fittest Farmer to prove that “old and ugly has just as much value” as “young and beautiful”.

He’s trains up to 15 hours a week for endurance events such as half-marathons and multi-day events like the six-day, 500km off-road cycle event across north Kenya he’s just finished in this photo.

“So many of my age group – men aged 40-55 – and indeed my friends, have struggled with their mental health. I was losing my personal battle until I found endurance sport and now am in a very good place mentally,” he says.

“I am a firm believer in sport being good for both body and mind, especially in our macho industry where we all spend lots of time on our own.”