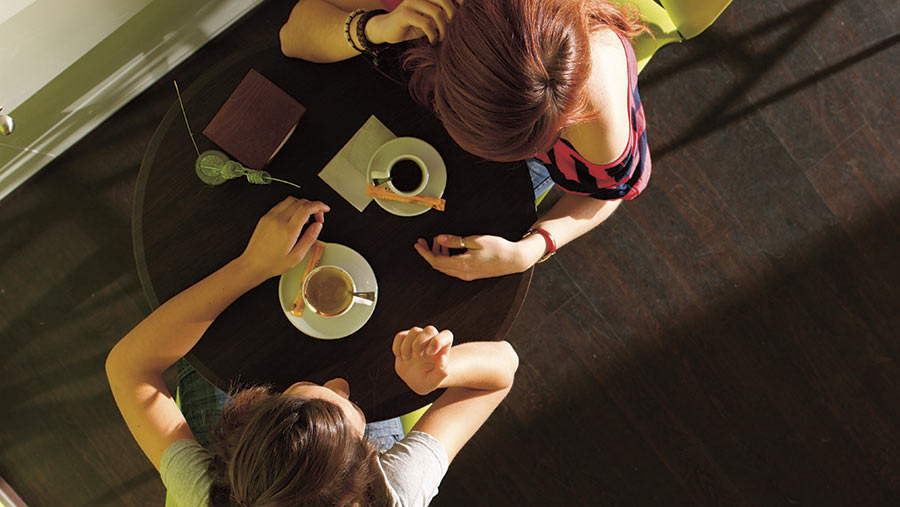 The Royal Highland and Agricultural Society of Scotland (RHASS) has launched a campaign to keep farmers connected over the phone after the cancellation of its show due to the coronavirus pandemic.

The #Phone5 Initiative coincides with what would have been Royal Highland Show week (15-21 June), and the RHASS is encouraging would-be attendees to ring five people they would normally catch up with in Ingliston.

Bill Gray, RHASS chairman, said the cancellation had left a huge hole in the farming community’s social calendar, and it was important to stay connected with old friends.

“While that would happen naturally during show week, we are forced to do things differently this year, so instead of meeting in the usual place, we are encouraging farmers and the rural community to take the time to pick up the phone instead.

“If everyone was to do this, it would create a great feeling of goodwill, which is very much needed at this time.”

The initiative supports the Royal Scottish Agricultural Benevolent Institution’s (RSABI) #KeepTalking campaign, which is encouraging people in the agricultural industry to stay connected with other people on the phone or online.

On 18 June, RSABI is asking people to call someone they have not spoken to for six months, for a national #KeepTalking day.

More than 20 organisations in Scotland are supporting the campaign, including NFU Scotland and the Scottish government.

The Institute of Auctioneers and Appraisers in Scotland (IAAS) is also involved, and auctioneers have been recruited from across Scotland as ambassadors.

Scott Donaldson, IAAS president, said: “As auctioneers, we spend a lot of time talking to farmers and often act as a confidant, sounding board, business eye and friend.

“Right now, however, the pandemic has halted those face-to-face interactions, so we encourage everyone to pick up the phone to a neighbour, friend, or acquaintance – for your own health, and theirs, too.

“Let them know you’re there if they need. And if you’re struggling, let people know – there is no shame in it and we all need to get better at sharing how we’re feeling.”

A West Lothian farming family have chosen to speak openly about their experience of losing a member of their family to suicide, as part of a drive to raise awareness of mental health and the importance of talking.

In the video on YouTube, Robert Arkley and his sister, Susan, along with family members George and Alasdair Allan, describe the effect of the tragic death of their uncle, David Arkley, which left the family devastated.

The family, who are based at Kingsfield, near Linlithgow, have bravely decided to talk about what happened eight years ago in the short film, as part of the #KeepTalking campaign being run by RSABI.

Susan said the family’s very strong hope is that people watching the video and hearing their story will realise just how important it is to take time to talk and listen to others.

Nina Clancy, chief executive of RSABI, said: “We would strongly encourage anyone who is feeling low, or just not themselves, to find someone to talk openly with. RSABI is also here to help – our helpline is open 365 days a year from 7am-11pm and is totally confidential.”