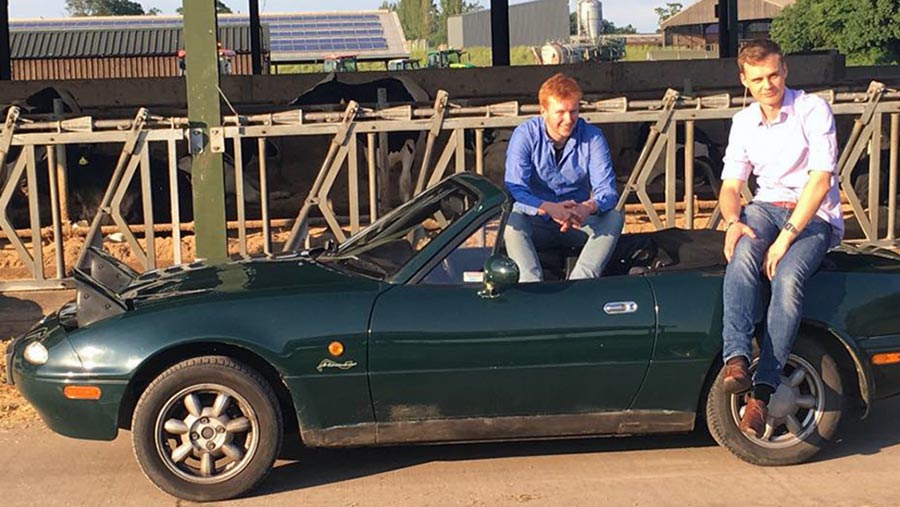 A pair of petrol-head ag students are preparing to drive from London to Mongolia to raise a heap of cash for a charity helping farmers struggling with mental health issues.

Harper Adams agrics Jon Glen and Alan Walker are gearing up for the drive of their lives as they embark on a 15,000-mile round trip across the globe in a small, high-mileage two-seater sports car.

Starting on 15 June, they’ll be recording their epic voyage through 22 countries in about seven weeks by posting regular updates and videos on social media and on their website.

The pair of agricultural engineering students have been fettling their 22-year-old Mazda MX-5 bought for next to nothing, fitting a sump guard to protect the car’s underbelly and replacing the suspension in a bid to make the journey as smooth as possible.

The aim is raise more than £5,000 for the Farming Community Network (FCN) and increase the awareness of mental health problems in farming.

“Having had my own battle with mental health while farming, I appreciate the seriousness of their cause,” says 23-year-old Jon.

“It’s a charity that’s very close to my heart and Alan is hoping to raise at least £500 for Kettering General Hospital’s Charity Fund.

“The suicide rate in agriculture is nearly three times that of the accidental death rate,” he adds.

“On average 84 people in the British agricultural community take their lives each year. It comes down to charities like the FCN to be there for farmers who are struggling with mental health.

“As well as fundraising, I will be documenting my emotional and mental journey through a video diary called My Mental Journey to show how anyone could battle with mental health and how important it is to talk about it.”

In a challenge worthy of Top Gear, Jon and Alan will be tackling some of the most challenging roads in the world, including the famed Pamir Highway on a route that is the equivalent to driving twice around the moon. 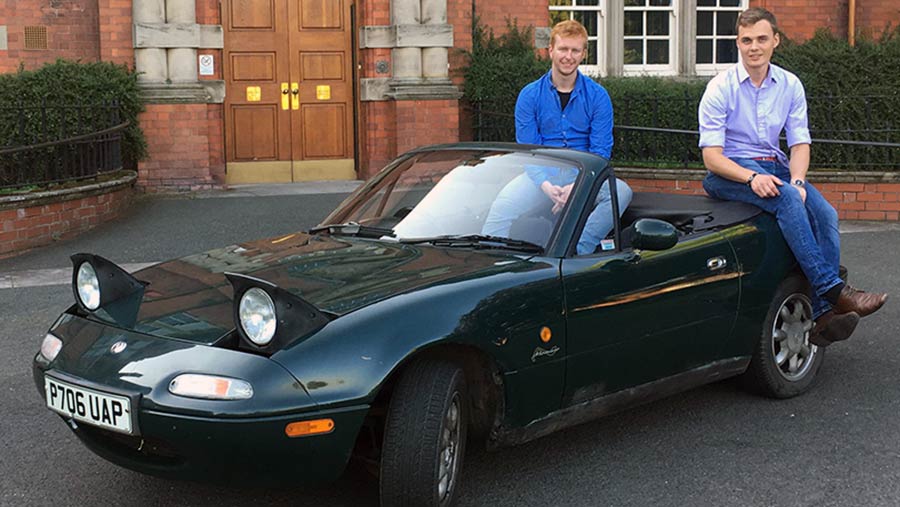 Jonathan Glen (left) and Alan Walker with their Mazda MX-5

The duo, who’ve dubbed themselves the “MX-Farmers”, will take a 10,000-mile route through countries in the Middle East and Asia to Mongolia before making a turn trip to the UK via Russia, taking the total distance covered to a back-aching 15,500 miles.

They say they bought their budget two-seater British Racing Green machine “for a packet of crisps and piece of gum” and fully acknowledge it isn’t the ideal car to drive halfway around the world in.

“This is a car made to be driven, to be enjoyed, to be experienced. However, dirt roads like those in Mongolia might pose an issue. It could rival the Land Rover Defender for a car made of the most rust,” says Jon.

“One of the biggest hurdles to overcome is emphasising that people need to talk about mental health and often this can be the first step to overcoming problems in ones own mental well-being.”

To find out more about Jon and Alan’s mental adventure, visit their website. To donate to their fundraising efforts, go to their JustGiving page.