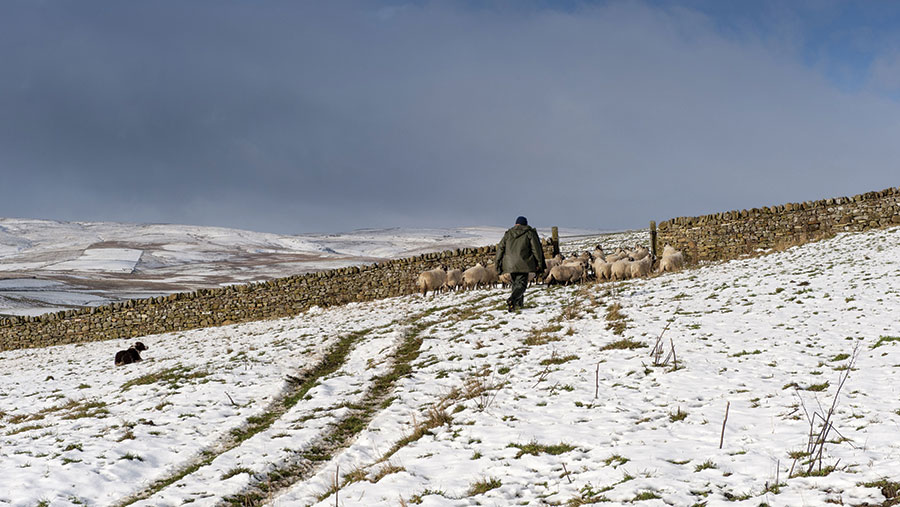 A young farmer has been inundated with messages of support after speaking out on mental health to help other growers and livestock producers.

Denbighshire shepherdess Ffion Hooson has farmed on her own since her father, Huw, suffered a major stroke in May 2018.

This week, she used social media to raise awareness of her situation – and help support other people.

“I’m 20 years old and farming alone – and I am constantly putting a brave, hard face on,” she posted on Twitter.

“Yet deep down, I’m pretty much breaking inside… It’s the most I’ve struggled and no one really understands it, but I have no choice but to carry on.”

Hundreds of supportive replies came flooding in from farmers and the public.

Peak District farmer Jim Beary said: “Farming can be the best job in the world and sometimes one of the worst.

“You’re never on your own though – feel free to drop any of us a line anytime.”

Where to find help

You Are Not alone

Speaking afterwards to Farmers Weekly, Ms Hooson said her father was on the road to recovery, although still unable to work.

Thanking her well-wishers, she said she was overwhelmed by the messages of support and wanted to inspire others to speak out. 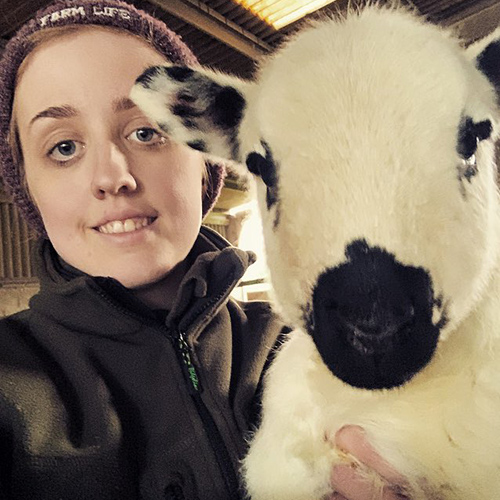 “I was pretty down but the responses helped lift me back me up,” she said.

“I had so many messages I couldn’t reply to them all. I’m working every day – and I wouldn’t change it ever.

“But I wanted to tell people I was farming alone and it can be hard.”

Mental health issues among farmers are of increasing concern, suggests a study.

Some 84% of farmers under 40 believe poor mental health is the biggest danger facing the industry – up from 81% in 2018, according to the Farm Safety Foundation.

The foundation published the figures during Mind Your Head week (10-14 February) to raise awareness of the link between poor mental health and farm safety.

Farming continues to have the poorest safety record of any UK occupation, it said.

Farmers faced many stress factors, which increased pressure on workers and put them at greater risk of mental ill health and farm accidents, it said.

Farm Safety Foundation manager Stephanie Berkeley said it was vital to build a culture within agriculture that explicitly recognised the knock-on effects of the job on the wellbeing of farmers and their families.

“It is encouraging to see more discussions about mental health, more awareness of the various mental health conditions and more emphasis on the support available to the farming community. However, more still needs to be done.”

Poor mental health could have a direct and deadly effect on farmers’ jobs, said Ms Berkeley.

She added: “This is on our watch and, in these challenging times, it’s down to each and every one of us to look out for our friends, colleagues, neighbours and ourselves.”

Vets – not doctors – are often first port of call

Farmers are often more likely to turn to their vet than their doctor for help with mental health issues, according to research conducted by Kate Tomlinson, a graduate surveyor at chartered surveyors GSC Grays.

Although many charities and organisations offer rural support, Ms Tomlinson said many farmers were often not accessing their help.

Instead, they were approaching rural professionals who often had little or no mental health training.

More than 60% of rural professionals said they had been in a situation where farmers expressed signs of poor mental health.

But only 11% felt they had enough knowledge or confidence to respond, with vets emerging as the profession most farmers would prefer to confide in.

“There are several barriers to accessing help that are unique to the rural sector,” said Ms Tomlinson.

“Often farmers work in solitary conditions and cannot leave the farm to access support – however, loneliness and social isolation are two significant contributors to mental health.”

Farmers were more likely to seek help from a rural professional if they had a good relationship with them.

But many professionals – including accountants, surveyors and business advisers – felt unable to offer support to farmers due to lack of training.

“In particular, those professionals under 40 would feel less comfortable offering mental health support to older farmers due to their perceived lack of life experience, or due to older farmer’s increased privacy and stigmatisation of mental health.”

Industry leaders are urging farmers to look after themselves – and each other – by lifting the stigma surrounding mental health in agriculture.

“Like many business owners, farmers can struggle with stress, worries and anxiety, and with the isolated nature of farming these feelings can often be amplified,” said NFU vice-president Stuart Roberts.

“Dealing with mental health issues can be incredibly difficult but help is at hand.

“For many people, the first step is recognising when there is a problem and talking to someone about it and, where needed, getting professional help.”

Country Land and Business Association president Mark Tufnell said farmers and their families have many of the same issues as the general population.

But long hours, isolation market conditions and business uncertainty all took their toll.

Farmers were made of stern stuff, said Mr Tufnell. But mental health couldn’t be ignored.

“Farmers are renowned for the care they give to their livestock and the attention they give their crops. Now is the time for us to better take care of ourselves,” he said.