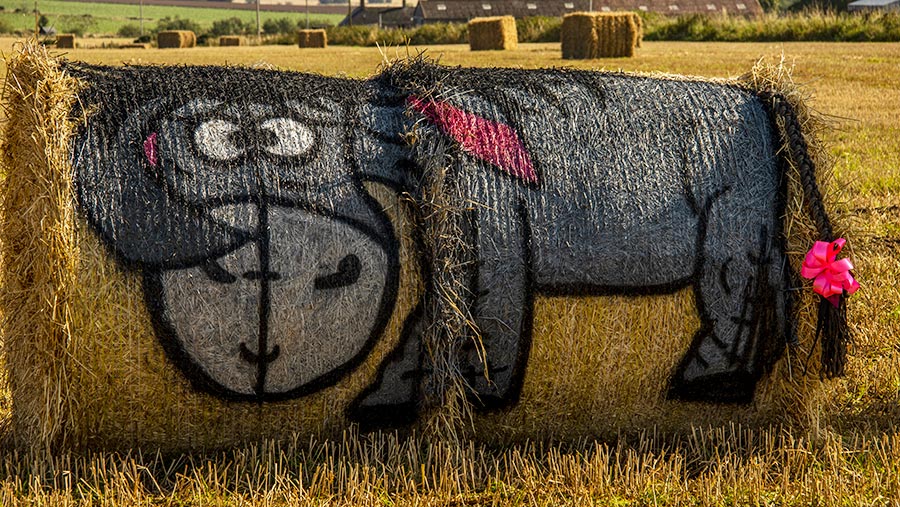 An artist in Scotland has created a series of traffic-stopping images on bale stacks to raise money for a mental health charity.

Fleur Baxter painted the brightly coloured cartoon images on bales at East Skeichen Farm next to the busy B9128 road between Carnoustie and Forfar.

Passers-by have been parking their cars to take snaps of the six Winnie-the-Pooh themed characters. 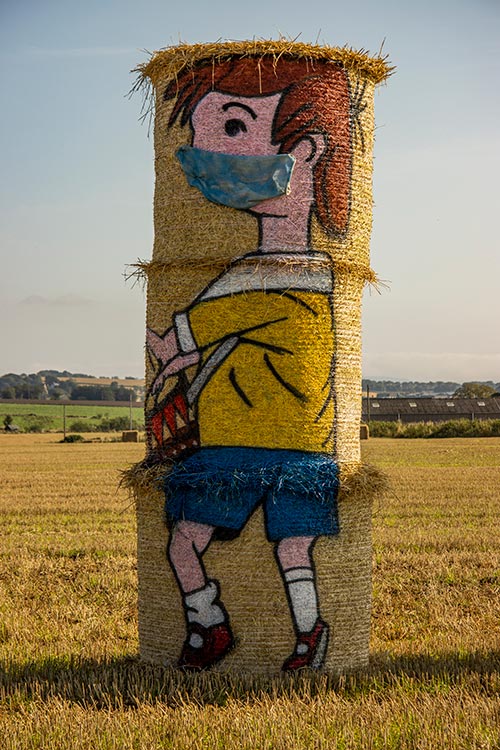 Ms Baxter describes herself as a frustrated Banksy and has been nicknamed by friends and family as “Balesy” .

She used her Facebook page to invite people to donate to the Scottish Association for Mental Health through a Just Giving page.

But Ms Baxter said she also hoped the characters would also spread a little cheer amid the Covid-19 pandemic.

“It’s been a tough year and I wasn’t entirely sure about constructing a display post-harvest,” Ms Baxter said. 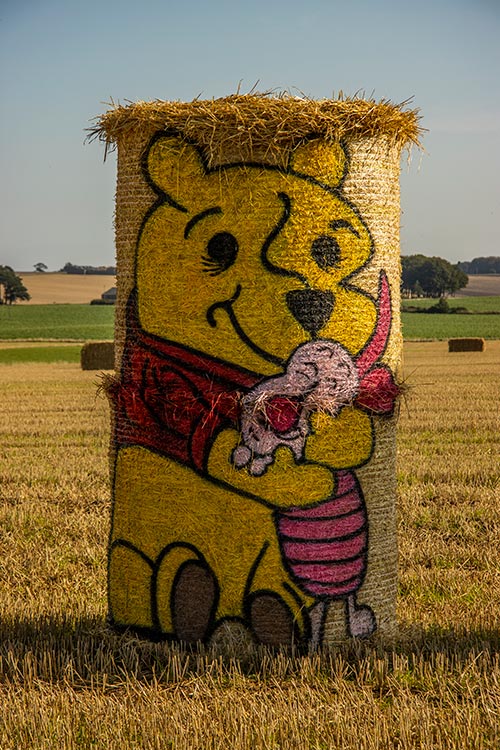 “But I’m hoping that apart from giving passers-by, a wee smile I can raise some awareness of ongoing mental health issues during, and after, this “new normal” we all find ourselves in.”

She suggested isolation during the Covid-19 lockdown had made depression and chronic anxiety even more common.

“Who hasn’t experienced these issues, particularly in the current climate?” Ms Baxter said.

“I absolutely wanted to make this is a feelgood straw bale year and not just a charity fundraiser alone.”