Rural support charity, the Farming Community Network (FCN), has reported a sharp increase in the stress-related calls it has received, as farmers continue to struggle with the effects of the summer drought and fodder shortages.

“This is the busiest summer we have had in a long time with calls to our helpline running at over twice the seasonal norm,” said Glyn Evans, regional director at FCN.

Water shortages, lack of forage, and withering arable crops are all lying heavy on farmers’ minds – which can have devastating effects.

Help is at hand

“Despite the industry’s best efforts, the added physical and mental burden on farmers caused by this year’s weather extremes may well lead to a loss of concentration and the taking of shortcuts, with the almost inevitable resulting increase in farm accidents,” warned Charles Smith, FCN’s chief executive.

“We are bracing ourselves for a very busy winter – all the extra and unrelenting stress will almost certainly have a huge impact on the mental wellbeing of many in the farming community.”

From a practical perspective, the NFU and Forage Aid have set up a Fodder Bank to help farmers fulfil their winter shortfall.

But the hidden elements caused by stress can be more difficult to manage.

Signs of stress to look out for

Although farmers are renowned for the attention they give to their crops and livestock, they do not have such a good track record of looking after themselves, says Stephanie Berkeley at the Farm Safety Foundation. Shockingly, approximately one agricultural worker dies from suicide every week.

“Talking about your feelings isn’t a sign of weakness – it’s a part of taking charge of your wellbeing and doing what you can to stay healthy,” explained Antonis Kousoulis at the Mental Health Foundation.

“Talking can be a way to cope with a problem you’ve been carrying around in your head for a while – just being listened to can help you feel supported and less alone.”

Where to seek help

Farm Community Network has a helpline open from 7am-11pm every day. It offers free, confidential and practical advice from volunteers who have close links with or are actively involved in farming. The Royal Agricultural Benevolent Institution can offer financial support, both long- and short-term. 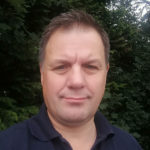 Nigel Gribble keeps 120 beef cattle and 90 suckler cows at Uphill Farm, Launceston, Cornwall, and has made some drastic decisions to cope with the impacts of the drought.

“The hardest thing was making the decision to do something – I sat down and counted our bales and it just wasn’t adding up,” he said.

The problem really began with the wet weather last summer, which meant Mr Gribble had to house his animals in October – the earliest he had ever done so.

Throughout the long, wet winter he used more silage than ever before, costing £10,000 in purchased forage and straw.

The cold spring, followed by summer drought, meant first-cut silage yields were poor, and the cows ended up grazing all the second cut. Mr Gribble has since purchased two loads of hay to top up his forage supplies, but the cattle have already eaten half of it.

Faced with such a shortfall, and with fodder prices continuing to rise, he decided to reduce his cow numbers.

But in the current market he would lose £150 a head, so he opted to sell the autumn calvers first, and then gradually reduce numbers before eventually building up again sometime in the future.

“It’s frustrating – I spent the past 18 months building up the herd – it now feels alien to be going the wrong way,” he said. “It’s stressful, all the money is going out, not coming in.”

This has led Mr Gribble to make another difficult decision: To get a part-time job. “It’s going to be a rough ride in the short-term and I feel guilty – why should my kids suffer?”

The practical worries and financial concerns have undoubtedly taken their toll. But one thing that has helped him deal with the stress has been a WhatsApp group set up with other farmers from Twitter.

“We can share ideas, have a rant on a bad day – it does help. And once I had made those difficult decisions, I felt so much better.”