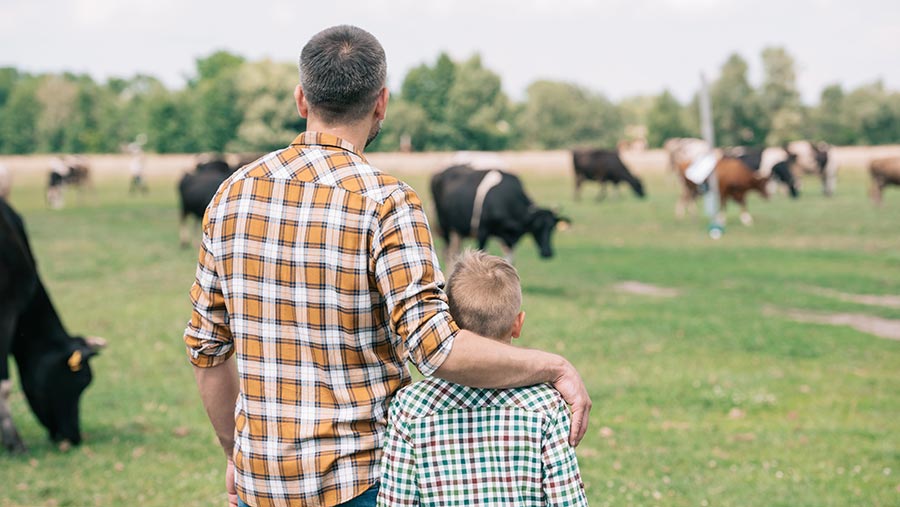 A pilot scheme has been launched in Wales to support people in rural communities by offering expert advice on mental health and financial issues on farm.

Mental health charity Mind launched the Mind Monmouthshire Farmers Project on Wednesday (31 July) and will run it until March 2020, with the aim to roll it out in the long term.

Jaime Devine, who is leading the project, said in the five years he has worked at Mind Monmouthshire, nobody from the farming community had ever accessed the charity’s services, despite being based in such a rural location.

“That didn’t sit well with us because we had identified there was an issue that people knew about but weren’t prepared to talk about openly,” said Mr Devine.

“With farmers’ work, their hours and their livestock, it’s difficult to get to an appointment during the day in the middle of town.”

The scheme will provide a safe environment for farmers, farming families or anyone in the agricultural sector experiencing any form of mental ill health and who wish to speak to someone confidentially.

After the initial contact, the group will undertake an assessment and then provide a support worker on a one-to-one basis to work on any issues.

Mental health concerns are wide-ranging and varied, says Mr Devine, covering conditions such as obsessive compulsive disorder and personality disorders. The ones the Monmouthshire team sees most often are depression and anxiety, which often come as a dual diagnosis, and suicidal ideation.

“It’s the individual’s choice entirely where our meetings take place, it’s all about providing help for farmers where and when they need it, rather than trying to fit them into those existing services that are less flexible,” said Mr Devine.

“If they want us to visit them on farm then that’s fine, even if we need to sit beside them while they’re milking cows.”

Ahead of the project’s official launch, the Monmouthshire team has already been working with farmers, based on healthcare professional referrals and word of mouth.

So far this ranges from a husband and wife – who have two separate support workers – to one farmer who is now receiving a personal independence payment of £570/month, having previously not realised they could still claim certain benefits while working.

If demand outweighs the project’s capacity, farmers may be referred to other agencies, such as the DPJ Foundation (see panel), to ensure everyone gets the help they need.

With time, Mr Devine hopes to apply for lottery funding and bring together a range of healthcare services and farming organisations to create a mobile hub of support.

The most recent release by the Office of National Statistics found suicide rates of agricultural workers are among the highest in any occupational group in England.

Mr Devine believes this is because of the lifestyle farmers lead: working all hours; jobs being affected by external factors like the weather; and the isolation aspect. The stigma surrounding mental health is still engrained in the farming community, he says, stopping people speaking out and seeking help.

“In an average office job, there’s a certainty about what you’re doing and if certain issues crop up they are diluted somewhat, because usually work is just a means to an end,” he said.

“For farmers, it’s different because their work is their life and it’s vulnerable to things like Brexit, government red tape, supermarket monopolies and animal disease.”

For anyone reluctant to make the first step, Mr Devine emphasises that any contact is confidential and any discussions received without judgement.

“Any aspect of mental health is not something to be ashamed of, so come and talk to us, because suicide is a permanent solution to a temporary problem and there is always something we can do to help,” he said.

“When people come to us they embrace the process wholeheartedly and it seems to be working very well.”

How to seek help

Emma Mamo, head of workplace wellbeing at Mind, said: “Levels of depression experienced by people working in the agricultural industry are particularly high and thought to be increasing.

“Seeking help is one of the most important things to do if you feel like you’re experiencing a mental health problem.”

Pembrokeshire-based Emma Picton-Jones set up the DPJ Foundation after her husband Daniel took his own life in 2016 aged 34.

The Farmers’ Union of Wales has recently chosen the mental health organisation as the president’s charitable cause for 2019-21 and presented Mrs Picton-Jones with a special External Award for Services to Agriculture.

A Massey Ferguson 135 tractor has been donated by an NFU Cymru member to be the top prize in a raffle raising funds for the foundation.

The winning ticket for the tractor will be drawn at the Pembrokeshire County Show, which runs from 13 to 15 August.

Meanwhile, Charles Smith, chief executive of the Farming Community Network (FCN), has announced he intends to step down from his role in December 2019.

Since joining FCN in June 2011, Mr Smith has led the organisation to greater recognition and awareness in the industry and growing expertise within the national volunteer network of more than 400 people across England and Wales.

Mr Smith said: “I have been impressed and humbled by the incredible work carried out by our volunteers on the ground, as well as our staff. I am very proud of our progress as a charity and the number of farmers and families we have been able to help during this time.

“As FCN approaches its 25th anniversary, I am confident that we have laid solid foundations for a successful future.”

Mr Smith will be staying on until a successor is appointed.