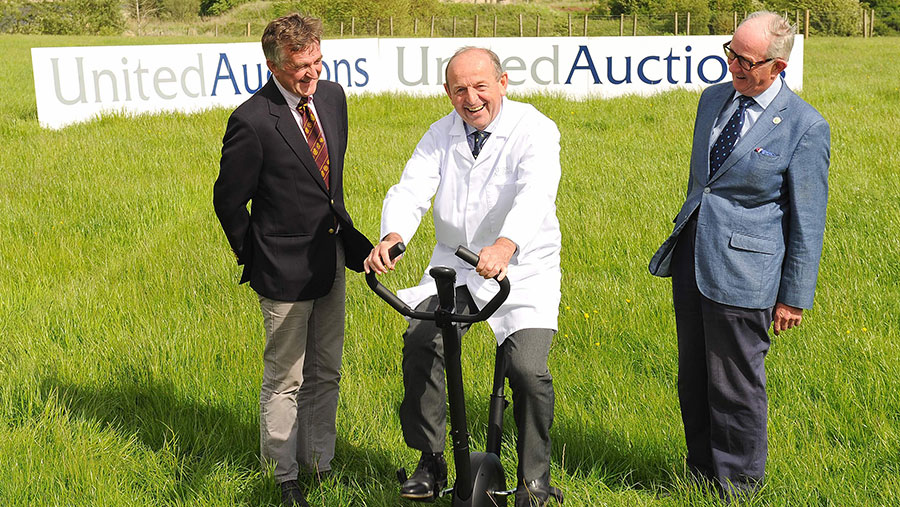 The #Challenge125 initiative will encourage people to take part in any distance-related effort to help raise funds for farming people in need.

Key to the initiative is getting people to boost their mental and physical in Scotland’s countryside, with suggested activities including cycling, climbing Munros, horse riding, swimming, canoeing, running or walking outdoors.

But Rsabi said any fun challenge that was distance-related would be accepted to help it hit an ambitious collective target of 125,000km.

The challenge will begin on 23 June at the Royal Highland Show (RHS) at Ingliston, near Edinburgh, and participants will be able to log their individual distance via the Rsabi’s Enthuse fundraising platform.

Prizes will be awarded for the top fundraisers and the most innovative challenge after the initiative finishes on 26 August during the Great Glen Challenge.

Both the #Challenge125 and the Great Glen Challenge 2022 will be sponsored by United Auctions (UA).

George Purves, UA managing director, explained that the company had become involved because it wanted to support Rsabi’s vital work with people involved in Scottish agriculture.

Mr Purves said the outdoor activities offered a way for people to reconnect with one another after the Covid-19 pandemic and to boost their health, wellbeing and resilience.

These benefits were hugely important, he added, and exercise equipment would be made available at the firm’s RHS stand and later at its Stirling Agricultural Centre.

Rsabi chairman David Leggat welcomed UA’s support and said the 125th anniversary would “bring everyone back together in a real spirit of community and comradery”.

Rsabi has also announced its helpline would now be operational 24 hours a day.

The helpline supports people involved with Scottish agriculture emotionally, practically and financially in times of need, and offers a call-out service for the lonely and vulnerable. Previously the helpline was available between 7am and 11pm each day.

But the service has extended those hours with financial backing from the Royal Highland Agricultural Society of Scotland and the Scottish government.

Rsabi chairman David Leggat said: “Demand for emotional support from the agricultural community has stepped up significantly in the past year and is now the biggest area of support offered by the charity.”

He urged anyone in need to contact Rsabi, which was able to arrange counselling sessions quickly when required, at a time when a referral via a GP could take months.

Mr Leggat added that aid included Help with Heating grants and a range of domestic items – as well as farm reviews and practical support with steps to get people back on track.