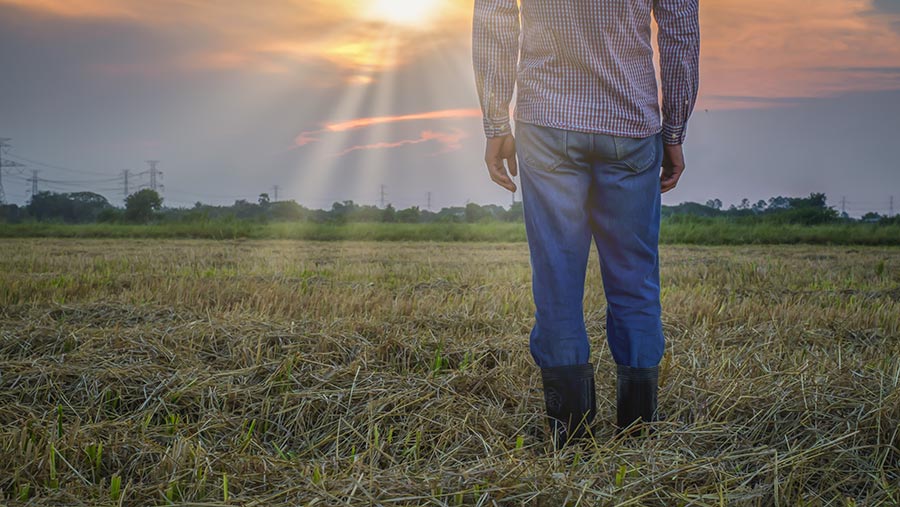 A Norfolk farmer who lost his father to suicide has urged rural communities to be open about their mental health in the face of increasing pressures on the industry.

Kit Papworth joined mental health experts from the Norfolk and Suffolk NHS Foundation Trust (NSFT) and farm wellbeing charity You Are Not Alone (Yana) to talk about his father, David, who took his own life in August 2018 at the age of 73.

The north Norfolk grower said the ongoing changes to farm policy and funding combined with volatile weather, labour shortages and soaring costs made agriculture an extremely difficult and stressful industry to work in.

Mr Papworth called on farmers and families to look out for each other, but said more work must be done to solve some of the issues which cause depression and injuries in the first place, such as improving agriculture’s poor health and safety record.

“My father worked hard all his life and suffered from a bad back as a result of surgery he’d had. It became clear he was going to have permanent back pain for the rest of his life,” Mr Papworth said.

“We didn’t really realise to what extent it was getting him down, and he was getting depressed and unable to do his day-to-day normal active life.

“One morning, in August, he decided to take his own life. There was no prior warning, he left no note, some of us had seen him the day before.”

Mr Papworth said if sharing his story could save one person’s life, or help a family, then it was worthwhile.

“The impact on us was devastating – it is a big loss to us, our farming business and the rural community. I’ve chosen to be open about this to try and help others,” he said.

Emma Haley, who recently joined Yana as charity manager, said she was shocked at the prevalence of suicide and ill mental health in farming, having spoken to farmers from different sectors.

In the UK, 133 people from farming and associated agricultural trades lost their lives through suicide in 2019, according to FSF.

“There is a real need for us to continue to work hard and raise awareness,” Ms Haley said.

“If we can normalise talking about how we are feeling and checking in each day with each other from toddler age, then we raise generations who are more self aware, able to reflect and able to look after their own mental health and wellbeing, and understand how to help each other.”

Where to get help

If you need support, the Samaritans can be contacted on 116 123 or email jo@samaritans.org