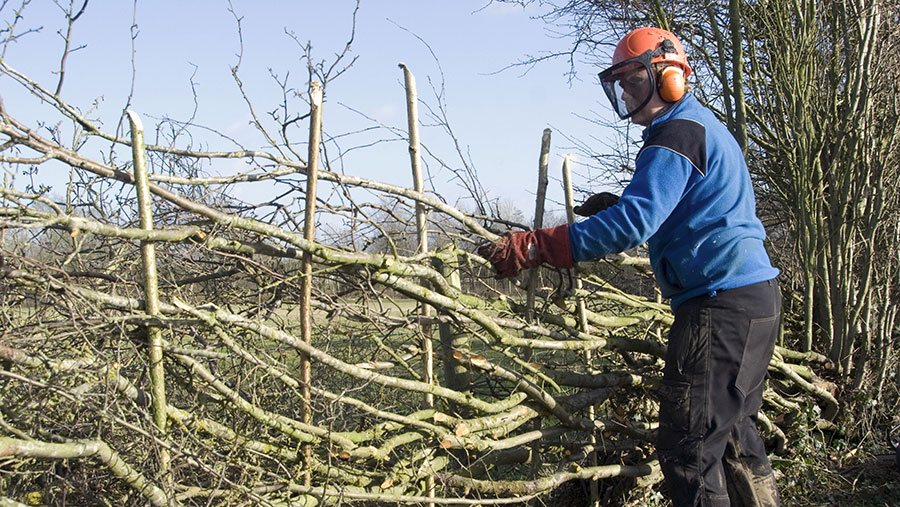 The ancient craft of hedge-laying is the focus of a project aiming to restore vital natural habitats.

Farmers, land managers, countryside groups and volunteers assembled at a farm in Dorking, Surrey, for the launch of Surrey Wildlife Trust’s (SWT) campaign to save the county’s precious hedgerow network.

The “Hedgerow Heroes” project will train volunteers in surveying and traditional management techniques – they will also plant new hedgerows in some areas.

Information collected will be used to build up a database of the state of Surrey’s hedgerows.

The trust says a lot of hedges in Surrey are in a “very poor state” – a survey suggested just 7% are in a good condition and this “needs to change”. 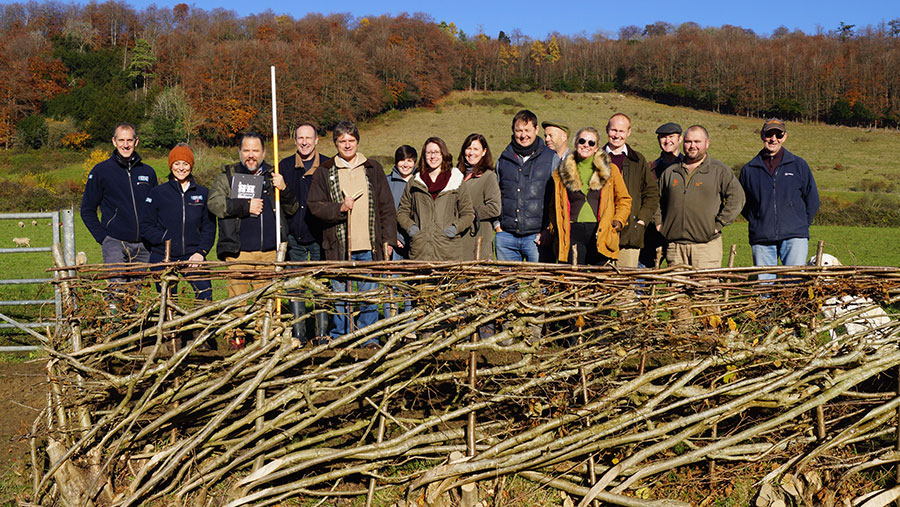 Hugh Broom, who farms at Milton Court Farm in Westcott, has planted more than 3,000m of hedgerows on his land. He has also restored old hedges and hosted traditional hedge-laying competitions on the farm.

“Hedgerows provide a fantastic amount of habitat, as well as being a useful landscape tool – they make great livestock barriers and help us to keep dogs and walkers on the paths,” he said.

“They are really versatile and we are doing all we can to enhance them for the future – it would be great if we could get the wider community involved to help with surveying, planting and laying hedgerows.”

Jim Jones, living landscapes manager at SWT, who is leading the campaign, said hedgerows are vitally important for lots of different species, including birds, hedgehogs, dormice and bats.

“Hedgerows form vital natural highways, enabling wildlife to move around. They provide a range of other benefits to landowners such as flood management, soil protection and wood fuel,” he added.

The Hedgerow Heroes project has been kick-started with a donation of £20,000 from Chessington World of Adventures Resort’s conservation fund. This has enabled the trust to run a series of hedge-laying drop-in days, when volunteers can have a go.

According to the National Trust, since the Second World War more than 120,000km of hedgerows have been lost nationwide through “intensive farming and development”. Many hedges that remain are being damaged by overcutting or neglect, it said.

Grant support for hedgerow creation is available under Defra’s Countryside Stewardship scheme. However, applications for this year’s hedgerows and boundaries grant closed on 28 April.